RUSH: We have an in-flight airplane emergency playing out. At 10:15 a.m. today a Gulfstream G450 took off from Teterboro airport, New Jersey, 16 people on board headed to London. On takeoff, news reports say that the two front tires blew out. Now, on a G4, the two front tires would be the nose gear. You got two tires there on the front. The wheel tires are single, but you have a couple of tires there on the front so they’re apparently blown. So all you’ve got is a nose wheel strut but with no wheels, you can’t land on that. 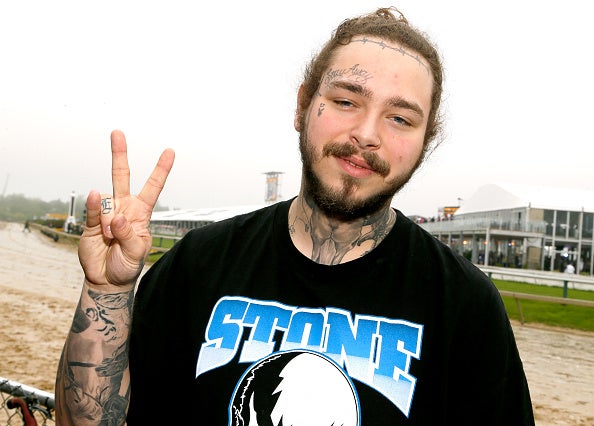 So if they’re going to London, a G4 with 16 people, you got pretty close to a full load of fuel. So they’ve gotta circle and get rid of a lot of fuel. Originally they were gonna have ’em land back at Teterboro, and then they decided, no, no, no, too populated here and they sent the airplane in a holding pattern over an airport in Massachusetts someplace. I’m having a mental block, Westfield, Westlake, something, Massachusetts.

It is being covered by cable news outlets because apparently there is a star on board the jet, a famous Top 40 musician and rock ‘n’ roll super crooner Post Malone. Now, I am not familiar with the genius and the work of Mr. Post Malone. But I did see a photo of the artiste on cable news, and he appears to have tattoos on his face that make it look like he is imprisoned behind barbed wire. He’s got a barbed wire tattoo across the top of his forehead and then of course chain link or other kinds of barbed wire fencing elsewhere on his face.

Apparently he’s a very popular Top 40 genius and musical star. He’s on board the plane, which was a big enough story to cause Shep Smith to interrupt regularly scheduled programming on the Fox News Channel for breaking news. (interruption) Why would somebody want to tattoo themselves? I don’t know. Well, he’s not the only artiste about whom you could ask that question.