When they brought up the fact that an illegal immigrant — who, by the way, worked on a Republican-owned farm, some high-ranking Republican official in Iowa. (interruption) No, it doesn’t surprise me a bit!  Chamber of Commerce Republicans? No, doesn’t surprise me a bit.  Anyway, the illegal immigrant murders her, they find her after a month later, and on NBC when the subject comes up? “Ah, you mean the girl in Iowa that Fox is obsessed with?”  They don’t care about you.  They don’t go about the little guy.  They don’t have compassion as they lie frequently that they do.

RUSH: Audio sound bite No. 17. CNN’s New Day today. John Berman talking with Fauxcahontas, Elizabeth Warren. Mollie Tibbetts, the young woman murdered in Iowa, her body believed to be found yesterday. A person has been charged with it. The person is an undocumented immigrant. What is your reaction to this, Fauxcahontas?

WARREN: (whispering) Y’know, one of the things we have to remember is we need an immigration system that is effective, that focuses on where real problems are. Last month I went down to the border, and I saw where children had been taken away from their mothers. I met with those mothers who had been lied to, who didn’t know where their children were, who hadn’t had a chance to talk to their children, and there was no plan for how they would be reunified with their children. I think we need immigration laws that focus on people who pose a real threat. And I don’t think mamas and babies are the place that we should have been spending our resources. Separating a mama from a baby does not make this country safer.

RUSH: So she’s asked about the murder of Mollie Tibbetts and her parents and says, “Well, that’s not the real concern. The real concern is how we’re separating moms from their kids under Trump policy at the border.”

Yeah, and everybody thinks that these people care about the little guy and you.

RUSH: So I got some emails during the break. “I don’t believe that! I don’t believe what I just heard.” You just heard it! You heard Elizabeth “Fauxcahontas” Warren on CNN being asked about the murdered Mollie Tibbetts at the hands of an illegal immigrant, and she said, “Yeah, I know it’s hard for her family, but they have to remember. Mollie Tibbetts’ family, they have to remember that we need to focus on the real problem,” like illegal immigrants not being able to see their kids. 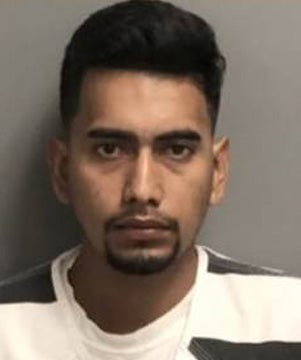 Hey, Fauxcahontas? Mollie Tibbetts has been taken away from her parents forever. Mollie Tibbetts’ parents will never see her again. She has been permanently “separated” from them. I know it won’t matter to Fauxcahontas, but this is not even Donald Trump’s law. This separation of families at the border was the result of the ACLU and the Ninth Circuit Court of Appeals in California 21 years ago ruling that if we were going to do this at the border, that these things had to happen.

Families had to be separated, particularly during asylum applications. And it is Donald Trump, under pressure from people like Fauxcahontas, who wrote an executive order saying we’re not gonna separate ’em. Don’t care what the law says. He was immediately struck down ’cause his order was unconstitutional. But this is another one, folks — and, you know what? It’s scary, how stupid and dumb and insane the left is getting. And they all believed it.

They really believe that Donald Trump, when he got into office, sat down and specifically wrote an executive order requiring immigrant families to be separated when they came to the United States border, because they think that Trump is a racist, bigot, sexist, misogynist, and all of this. That’s what they have been made to believe, and the media fueled this. Millennials on college campus, your average, ordinary American leftist, they really believe that Trump created the law!

It’s practically impossible to keep up with these people.

It’s gotten to the point that it’s almost impossible to correct the outright lies and falsehoods that have now become essentially mainstream media news each and every day.

RUSH: Here’s Michelle in Fredericksburg, Virginia.  You’re next.  I’m really glad that you were patient in waiting.  Hi.

CALLER:  We love you.  Thank you so much for everything.

CALLER:  Any you’re smart.  You’re always right on.  I’m speaking for a lot of my friends, but just a comment on Elizabeth Warren and the immigration, and she commented on how it’s misguided to focus on the babies and the mamas. Of course, Mollie Tibbetts was a baby at one time, too, and her mother.  This illegal immigrant is 20 years old, is what we’ve been told, and been here seven to eight years. That made him about 12 or 13, then, when he illegally crossed the border.  So I consider that a young child.  And, yes, we don’t know how they’re going to grow up, and they are a problem too.  What do you think?

RUSH:  Well, I think what Elizabeth Warren did was pander to what she knows is a deranged group of Democrat people, Democrat voters.  Here you have a missing young woman, Mollie Tibbetts, found after a month, roughly, the victim of murder at the hands of an illegal immigrant.  Elizabeth Warren says (impression), “Yeah, it’s hard for her family. But we have to keep our eye on families being separated at the border.”  Now, Mollie Tibbetts has been separated from her family forever.

Mollie Tibbetts’ family has been separated from Mollie forever, and here’s Elizabeth “Fauxcahontas” Warren pandering to the Democrat base suggesting the real thing we need to focus on is Donald Trump separating families at the border.  I think it is despicable. I think it’s pathetic. I think it’s pandering. I think it’s an indication of the Democrats, and it so illustrates that they are not the compassionate, focused-on-average-people, political party they want you to believe they are, that they’re out looking for the little guy and so forth.

They are not.  In this case, they’re not even looking out for American citizens.  They seem to have more compassion and concern for people who aren’t.  I just… I think it’s just another glaring illustration and opportunity to learn exactly what today’s Democrat Party has become and how it would be grave mistake to put these people back in charge of anything that matters to you.