Corporate Gun Control and What If Impeachment Succeeds?

RUSH: Let’s go back to the phones. People patiently waiting. We go to southeastern Ohio. This is David. I’m glad you waited, sir. Hi.

RUSH: Take it away. It’s all yours.

CALLER: Well, the working men and women of this country do not believe the media’s lies, the left’s lies, the liberals’ lies. We have peeked behind the curtain of the great and mighty Oz. We have seen them pull their levers and their strings. We’ve seen their smoke and their fire, and we don’t buy it.

RUSH: Okay. How do you explain polling data that says — and it’s out today — it’s a Fox News poll, 58% of Democrats can’t wait to vote in the midterms. Only 48% of Republicans are motivated to vote.

RUSH: How widespread do you think this is? Are you confident that the Trump coalition’s gonna hold together and hang together?

CALLER: I hope it is. Sometimes the working men and women get so caught up in doing what they’re doing that they don’t pay attention, that we do have to go out to the polls and we do have to vote.

RUSH: You know, I hear that. I hear that. I understand it, but here I am. My job, man, requires me to be intimately aware of all this every day. And I’m thinking people that voted for Trump, by definition, would be motivated. I mean, before they voted for Trump they had to be terribly motivated already, so fed up. How can…? After they vote, they just forget the intensity? We need to explore it further.

RUSH: In the meantime, here we go to the Steelers country. This is Ed in Pittsburgh. Welcome, sir. Great to have you on the EIB Network.

CALLER: Thanks, Rush. God bless you, buddy. Hey, I just wanted to mention, a while back, not so long ago, you had a caller ask you a question about what do you think would happen if somehow, some way they succeeded in pretty much impeaching Trump or getting to that point. And I think your response was, “I’m not sure exactly what would happen.”

But I have to tell you what my own impression is and people I speak to, Rush, if they ever get to that point, I’m telling you there will be an outrage in this country like they’ve never seen before. And I’m not talking about riots and things of that nature. But those 67 million people that supported this man, knowing what he’s doing is right and we’ve been waiting for this for years and years, and, Rush, I even think he’s gone beyond what Ronald Reagan was capable of doing, and I’m a Reagan supporter through and through, if they ever get to that point, Rush, I think there will be such a backlash because I think most of us who supported this man know — 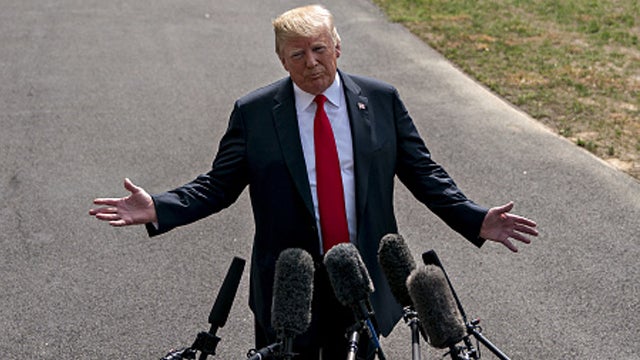 CALLER: ‘Cause I don’t think our people behave that way, Rush.

RUSH: Okay. What will the backlash be?

CALLER: I think it will be a matter of how we vote and the people we support and when you think about it and people that we have known for all these years and he’s exposed these people for who they are —

RUSH: So it will take place at the ballot box?

CALLER: I think first. I really do. I think first, because I don’t think it’s the nature of the people who support Trump to go out into the streets and start causing destruction. I don’t think that will happen. I wouldn’t even advocate that. But I am suggesting I think that most people will take this very seriously and will get up off their duff and get more involved than they are now.

RUSH: Okay. Let me take this into an area that — I must be very, very careful here so that I’m the misunderstand because I am purposely am misunderstand and purposely taken out of context all the time. But that doesn’t frighten me. They can’t intimate me. Do you own a gun or guns?

CALLER: I’d strap it on my body and put it on my family bodies and have them come take it, but I think one of us wouldn’t be standing.

RUSH: Okay. I’m just telling you, I have read, I don’t know any of these, but I’ve read people who claim that that’s exactly what’s gonna happen if this Mueller thing results in Trump being thrown out and everything he’s done being wiped out and overturned. I’ve read people who say this is it. They’re fed up with it. But that’s not my point. Have you heard of something that is happening called corporate gun control?

CALLER: I have not.

RUSH: Good. Let me explain it to you.

RUSH: The left has figured out that they are not going to succeed in confiscating guns using government power. So now other areas are being used, and the term “corporate gun control” is kind of misleading, but what it means is is that people, the leftists who run corporations, CEOs, the leftists who run banks and financial institutions are banding together to deny investment income, investment money, loans or whatever to anybody that has a gun, anybody that supports the Second Amendment.

In other words, it is a way for in the private sector to basically impoverish the NRA or any individual who is devoted to the Second Amendment, much like corporations are used to advance this whole BS idea of climate change; so now are the private liberals at banks, liberal CEOs are going to discriminate against anybody and everybody that is from a gun-rights organization or is a gun-rights individual, like if you own a gun and you go to a bank to get a loan for anything, you’ll be denied until you get rid of your gun.

This is happening now, and it is how the left intends to increase their effort to force average Americans to get rid of their guns. It’s to make it impossible for them to survive economically if they own a gun. They’ll be shut out of loans, they’ll be shut out of credit cards, they’re working on credit card companies to deny extending credit to gun owners, for example. It’s happening under the surface. You don’t see a whole lot of it, but it is happening, and it’s real, it’s in its early stages, and there are a lot of people who think that it is seriously a major and big problem, because, unlike the government, which is constrained and restrained by the Second Amendment, none of these institutions are. A CEO of a corporation does not have to do business with any vendor or any individual or hire anybody if they don’t want to. And if they decide you own a gun, you’re not qualified to work here, nobody can stop them.

CALLER: Rush, I’ll tell you, I think people I talk to are kind of like me. We go about our daily lives, we do our thing, we vote, we do what we have to do, but we don’t really get verbally involved from the extent as people who demonstrate. But I’m telling you, Rush, most of us, a lot of people I talk to out here say to me, “We believe this is kind of our last chance, at least of our generation” — I’m in your age-group — “of our generation to get this country on the right track again. And if somehow something happens to our president politically, I don’t know what will happen, but I just some people are gonna get up off the couch and do some things that may not be proud of. I just think it’s something that’s bubbling underneath the surface, Rush, and they keep pushing, they keep pushing. I just don’t think it’s gonna end well.”

RUSH: I don’t know what the pope has on Cohen or Trump, but it doesn’t matter, they’re making it up already, so why stop now? 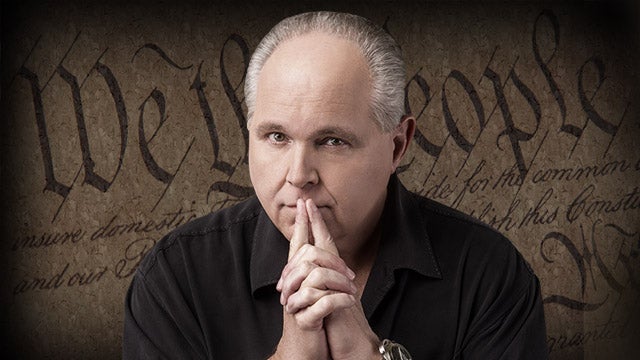 CALLER: I just want to say to you, Rush, I’ve been listening to you for, gee, almost 25 years. Thanks for what you do. I can’t tell you how much you have changed my life and the way I look at things and thanks to the president. He has exposed things that I never thought existed in our government. And thanks to you, you’re explaining them, and these are things you’ve been talking about for years and years and years. And now he comes along and exposes the swamp and literally it’s a damn swamp, is what it is, you know, it’s incredible. But thanks for all you do. God bless you, Buddy. You’re the best.

RUSH: Thank you. I hear this probably more than I deserve to hear it. I appreciate it every time somebody says it to me, more than you can possibly know. Folks, this corporate gun control business — I’m not making this up — it is happening beneath the surface. The media’s not talking about it. The media’s not celebrating it whenever they hear it. It’s not like it’s being hidden, but it is. But it’s really, in a sense “corporate gun control” is meant to distinguish it from government. It’s not necessarily CEO, corporate. It’s meant to imply private sector inspired and implemented, as I described it.

This is how they hope to eventually freeze out the NRA and deprive it of all money just by refusing to do business with them in any way, shape, manner, or form. Now, the government can’t because of the Second Amendment will come in and start taking your guns or anything. They can try, they have tried, but they can’t really do it. But there’s nothing to stop a bunch of left-wing activists with positions of power and people that hold economic prosperity and freedom over people’s head, such as bosses.