RUSH: Remember my lament of how all of this has destroyed the integrity of maybe every future election that the Democrats lose? I have a headline here in my formerly nicotine-stained fingers: “2018 Elections Cannot Be Saved From Foreign Interference, Says Former Facebook Security Head.” The 2018 elections cannot be saved from foreign — There wasn’t any in 2016.

RUSH: I came across this in my tech blog today. Here’s the headline: “2018 Elections Cannot Be Saved From Foreign Interference, Says Former Facebook Security Head.”

His name is Alex Stamos. “Facebook’s former security head, Alex Stamos, has said that it is now too late for America to prevent foreign interference in this year’s midterm elections. Stamos left Facebook earlier this month, reportedly unhappy with the limited transparency of the company in disclosing Russian abuse of the platform.

“He argues that although the CIA, FBI and NSA all agree that Russia interfered in the 2016 presidential election, the lack of a robust response by the US government means that there is no deterrent to a repetition this year by Russia or other nation states.” 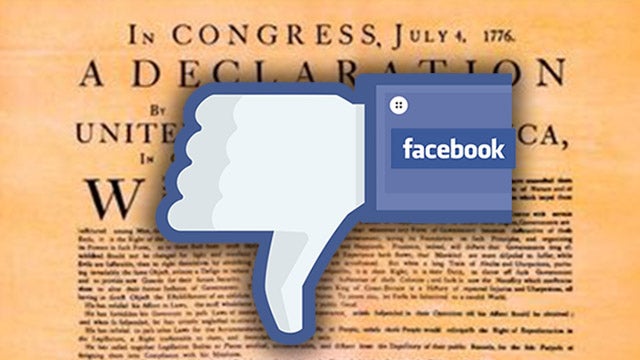 If the Democrats win the House, the way I predict they will deal with it is to praise themselves, to shower themselves with all the glory they can muster, of how everybody knew the Russians were gonna meddle, and everybody knew the Russians wanted Republicans to hold the House, and everybody knew that Trump and Putin were trying to pull off the magic that they pulled off in 2016. But Democrats working hand-in-hand with the great heroes — McCabe, Comey, Mueller, et al, at the Department of Justice and the FBI — were able to identify where the Russians were gonna try to meddle and interfere, and they were thwarted.

And so, even if the Democrats win, they’re gonna claim the Russians tried to prevent it but that they and they alone can stop Russian attempts to meddle. So that’s why. They want to taint every election going forward, which they’ve done now. They have destroyed the integrity of the American election system. Some guy as innocuous as the Facebook director of security can go out there and say now that the 2018 election cannot be saved from foreign interference.

How many people are gonna read it? I mean, I guarantee you people at Facebook, Twitter, all this stuff’s gonna go around. A lot of people are gonna see this. How many people is it going to influence not to even bother voting, folks? “Well, if the Russians have cheated, if there’s gonna be interference, what does it matter if I vote or not?” And I guarantee you that’s one of the objectives too.