RUSH: There’s another thing going on. We had the news the other day, Tucker Carlson mentioned it on his show the other night, that the black government of South Africa has begun seizing white owned farms.

So Trump was watching. Trump tweets that this shouldn’t happen. Says it’s very, very bad. He wants the secretary of state to look into this. So the Huffing and Puffington Post says Donald Trump sparks outrage by tweeting white nationalist talking point. So Trump is now back on the side of the alt-right white supremacists, the president of the United States has adopted a vile white supremacist hate narrative right out of the darkest corners of the internet, and it’s turning it into policy. 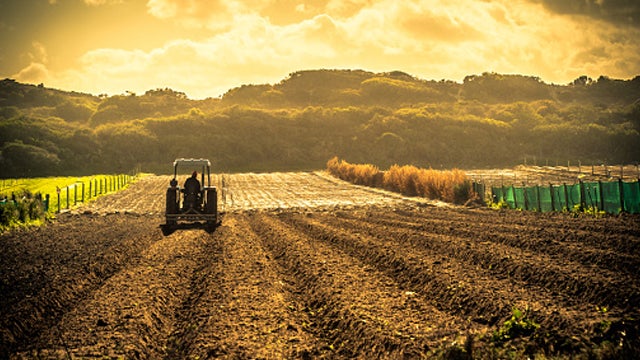 And so the Huffing and Puffington Post would like you to believe that what Trump said, what Tucker Carlson reported, and what I, your host, reported isn’t happening and Trump is making it up because he’s believing a bunch of white supremacists talking about it.

Well, okay. From the Australian news service. “The South African government has begun the process of seizing land from white farmers. Local newspaper City Press reports two game farms in the northern province of Limpopo are the first to be targeted for unilateral seizure after negotiations with the owners to purchase the properties stalled.” Okay. That’s one story. And there’s a second page to it.

“South Africa’s government has begun seizing land from white farmers, targeting two game farms in the northern province of Limpopo. … Johannesburg-based newspaper City Press reported owners Akkerland Boerdery wanted 200 million rand (£16.7m) for the land, but that the country’s government were willing to offer them just a tenth of that at 20 million rand (£1.67m).”

What do you think the reason is? The reason is white Afrikaaners charged into the Southern tip of Africa and basically colonialized it and took everything away from the indigenous peoples who, by the way, had not done anything with it. It had not been infrastructured, it had not been developed, it was just there. And the current South African president and the African National Congress are all claiming that the white population of South Africa is like 2%, 4%, but yet they own 78% of the farms. This is not gonna stand. This isn’t right. And they’re just gonna start taking it back.

RUSH: Story here in the Washington Times. “South Africa Plan to Seize White-Owned Farms Could Destroy its Economy, Analysts Warn.” Well, there’s evidence for this. I mean, it happened in Zimbabwe. Quick. Do you know what Zimbabwe used to be? Exactly right. Zimbabwe used to be Rhodesia. And Robert Mugabe came in there, took it over, it became Zimbabwe. Did the same thing, basically just claimed all of the white-owned property and farms, turned it over to indigenous peoples, Africans, and now the Zimbabwean economy is — (interruption) I know, a rich nation to a starving nation is true.

When they did this in Zimbabwe, people began to starve. They gave the farms to people eh know how to farm ’em! They gave the land to people that were not farmers, didn’t know what to do with it. Had no idea how to use it.

“South African economic analysts and U.S. observers say the country risks inviting the kind of devastation that left neighboring Zimbabwe’s economy in ruins after a similar forced expropriation scheme targeting some of the country’s most productive farmland.”

I remember when it happened. I remember Mugabe doing it, and I remember the U.N. applauding it. I remember the American left applauding it. Let’s see here. What are the numbers? In South Africa, whites make up 9% of the country’s population. They own nearly 75% of the farmland and half of its urban property, according to a 2017 government audit. And that is being used as the justification for taking things.

You have to be very, very careful when you describe the downturn economically, and particularly if you are a white South African, you have to be real careful. In fact, it’s best that you don’t say anything. And now since the existing government in South Africa has not been able to grow the economy, ’cause it can’t, they’re a bunch of socialists, they are now taking the next step in taking other people’s money.

Then after they do this, it will get botched like it did in Zimbabwe, because the land will be turned over to people that don’t know how to farm it, that may not even want to. And so it’s gonna have devastating effects on the South African economy. That’s gonna be a few years down the road. When that happens, then of course it’s gonna be the fault of the West for not being supportive because of intrinsic racism and what have you.

How in the world socialism remains this idyllic, utopian promise. There’s evidence — this is, in fact, one of the things that depresses me — I don’t often get depressed. But, folks, if there isn’t anything but acknowledged failure and misery wherever you look where there has been socialism, it hasn’t worked, and in fact it has destroyed countries and lives. That’s knowable. It is viewable. You can see it. The fact that that has not served to educate people to the truth of socialism.

I mean, if reality right in front of a person’s face cannot teach them the truth, then what chance do words have? So we end up graduating socialists like Alexandria Ocasio-Cortez with a master’s or whatever she got in economics who doesn’t know the first thing about it. On one of her latest tours, she went back to some place that she spent some time growing up, a business she worked at that’s on the verge of shutting down, that adopted her policies.

It’s on the verge of shutting down. It’s an age-old business, a coffee shop or something. I don’t recall specifically. But she didn’t advise them. It’s the things she believes, the people that own it did, and it’s destroyed the business. She’s going back to commiserate with them. She’s going back to watch. She’s going back to say hi and to literally witness what happens when her ideas are implemented. It will not have any impact whatsoever.