RUSH: We all know who David Horowitz is. A website called Frontpage Mag. He grew up as a child of communists in New York. He was a child communist, a young adult communist ’til someday he magically saw the light and has become a conservative activist, very visible, very public. He has a thing in Palm Beach every November called Restoration Weekend where a bunch of conservatives pay a bunch of money to come stay at The Breakers and listen to a weekend slate filled with conservative speakers and motivational experts and so forth. 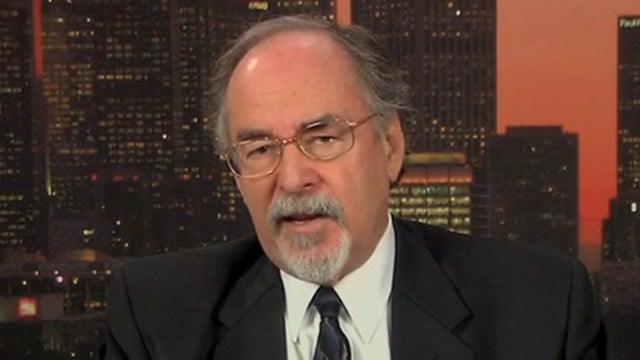 “The David Horowitz Freedom Center has had their donation processing system blocked by Visa and Mastercard allegedly following a campaign by the Southern Poverty Law Center. Visa has since contacted Breitbart News to deny involvement in the blacklisting of the Freedom Center.

“The David Horowitz Freedom Center stated in a recent email that its ability to accept donations by credit card has been disabled by both Visa and Mastercard following a campaign by the SPLC to label the Freedom Center as a hate group. This situation comes shortly after Robert Spencer of Jihad Watch was forced off the funding platform Patreon following pressure from Mastercard.”

It’s the same principle here. Now, Visa is denying it. Who is the Southern Poverty Law Center? The Southern Poverty Law Center, these people have so much money that they have it parked in offshore accounts in the Caymens and elsewhere where nobody can get to it. They may be shielding and hiding from tax authorities their own income. I don’t know why else you would have offshore accounts. They may not be, but it’s been discovered that they do business that way. And when they find anybody else doing business that way, you have an offshore account, the left is looking at you, you know damn well what they’re gonna speculate about you.

Well, anyway, the Southern Poverty Law Center sets itself up as the arbiter of which groups in America are hate-sponsored, hate-filled, and hate-promoting. And it’s practically every conservative organization out there. And here these corporations come along, and they don’t even challenge it! Southern Poverty Law Center says X is a hate group, they just accept it, and they act accordingly.

Now, in the Horowitz case, they were making it impossible for people to donate to that charity simply because it’s conservative and because the Southern Poverty Law Center said so. This is exactly how the battle over your guns and getting them away from you is being waged. It’s just a trickle now. It’s just starting, but it has ominous potential. Corporations are not brave. Corporations try to find out which way the wind is blowing and get right in it. They don’t want to buck trends. They don’t want to be against the wind. And they want to be perceived as hip.

So climate change, they’re all-in. Whether they believe it or not, they want people to think they do. And it’s leftist causes that they even get bullied into supporting. Remember GE, remember it wasn’t long ago, 10 or 15 years ago where every major American company had some kind of green initiative as part of its marketing to separate you from your dollars?

Remember the automobile company running commercials for its cars starting out with how polar bears have no place to live because global warming’s melting all of their ice? Then some guy goes out and buys some hybrid electric car and the polar bear finds out and is waiting in the driveway for the new owner to get home to hug him for buying an electric car, thereby enabling the polar bear to live.

If the polar bear had been in the guy’s driveway, the guy would be dead the moment he got out of the car. But this is the latest effort underway. So get past this idea that you could make ’em like you and that they’re even interested in that, because they hate you too much. They literally do, folks.