RUSH: NBC/Wall Street Journal has a poll. I think I predicted this. I think I predicted to you that the Cohen story and the Manafort conviction would not affect Trump’s approval numbers with his supporters. It wouldn’t matter to them. NBC/Wall Street Journal has a poll out that basically says exactly that, and the Drive-Bys are puzzled. Once again, the Drive-Bys can’t believe it. 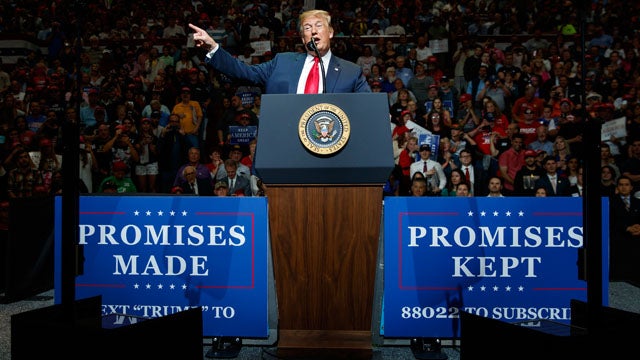 They can’t believe Trump survived the Access Hollywood video; they can’t believe Trump’s gonna survive this. They just can’t believe it — and then to add insult to injury, the stock market had a brand-new record high today of 26,000, NASDAQ hit 8,000 for the first time ever on the news that we have a renegotiated NAFTA trade deal with Mexico. Tell me: Did any Democrats have anything to do with this? They didn’t. This is a Donald Trump production.

This follows Donald Trump telling Pompeo to scrub the trip to North Korea. “There’s no sense in talking to ’em. They’re not following through on any commitments they made. We’re not gonna waste any time with them.” This upset the ChiComs. The ChiComs thought that they were gonna be able to pull one over on Trump with the little pot-bellied dictator in North Korea leading way. But Trump says, “If you’re not gonna take this seriously, I’m getting out.

“We’re not gonna waste time. This is a joke. I met you halfway, tried to do things in a way that showed you respect. But you’re apparently not interest; so we’re pulling out.” In the meantime, imagine the ChiComs reacting to the news themselves of this brand-new trade deal with Mexico. Mexico? Mexico? Supposedly, Mexico hates Trump! Supposedly, this was not possible! It’s just another in the long line of campaign assurances and promises that have been kept.