Pope Francis Called Emergency Meeting on Climate Change, But Not on Rampant Pedophilia in His Church

RUSH: How about the pope. We can take the hypocrisy route on this. “Pope Francis Long Knew of Cardinal’s Abuse and Must Resign, Archbishop Says — On the final day of Pope Francis’ mission to Ireland, as he issued wrenching apologies for clerical sex abuse scandals –” by the way, it seems that this is so widespread around the world. Everybody thinks the church I guess dealt with this some years ago, and it’s becoming clear that not only has the church not dealt with it, it has continued to spread. And there are now calls for the pope’s resignation because he knew about it! Long knew of the cardinal’s abuse. 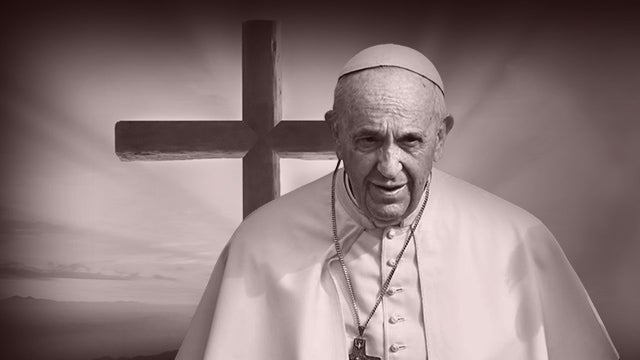 “On the final day of Pope Francis’ mission to Ireland, as he issued wrenching apologies for clerical sex abuse scandals, a former top Vatican diplomat claimed in a letter published on Sunday that the pope himself had joined top Vatican officials in covering up the abuses and called for his resignation. The letter, a bombshell written by Carlo Maria Viganò, the former top Vatican diplomat in the United States and a staunch critic of the pope’s, seemed timed to do more than simply derail Francis’ uphill efforts to win back the Irish faithful, who have turned away from the church in large numbers.”

And then I recall that the pope really went after oil executives one time when it came to climate change. This June 19th of this year. I really am fortunate to be blessed with such a wonderful memory, ’cause I remember this.

“Pope Francis to Oil Executives: ‘No Time to Lose’ on Climate Change — The Pope urged for immediate action on climate change, stating that levels of carbon dioxide emissions and atmospheric concentrations of greenhouse gases are ‘disturbing and a cause for real concern.’

“In June, Pope Francis summoned a group of oil and finance executives to the Vatican for an address on the need to rapidly transition to cleaner forms of energy.” This is the vicar of Christ doing this. “Reinforcing the warnings in his 2015 encyclical Laudato Si, the Pope urged for immediate action on climate change, stating that levels of carbon dioxide emissions and atmospheric concentrations of greenhouse gases are ‘disturbing and a cause for real concern.'”

Could we all agree that rampant pedophilia in the Catholic Church is disturbing and a cause for real concern? Could we agree? Am I being too controversial in making that statement? Now, has the pope convened the offending cardinals and told ’em to stop it? Has he convened the offending priests and monsignors and told ’em to cut it out? No. In fact, the story is that he’s long known of all of this and hasn’t done much about it. But when it comes time to climate change, greenhouse gases, there is no time to lose. 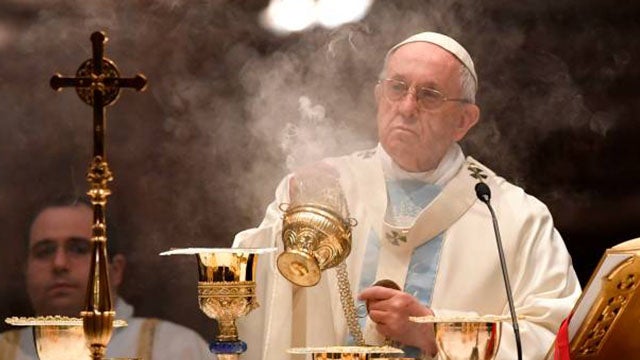 Well, what about this other? What about doing it for the children? The fact of the matter is that industries in the United States do a better job managing CO2 emissions than all other organizations on earth. So, once again, folks, rampant and blatant hypocrisy that is related to a political agenda. And even this, this pedophile crisis in the Catholic Church, as I say, it is so much more widespread than anybody knew.

This is another one of those areas where you have to tread very, very carefully about what you say and how you say what you say. But this is so widespread. And this is so damaging and so destructive that it doesn’t seem to me to just be coincidental. How long is it gonna be before there are serious calls for allowing priests to marry? How long is it gonna be before somebody starts suggesting — and maybe they have, I’m not Catholic, but maybe people are.

How long is it gonna be before people start pointing out that, look, if you’re gonna demand celibacy, if you’re not gonna allow marriage, then you’re gonna get what you get. I suspect it may even be whispered about now, but it will pick up intensity as time goes on.

RUSH: Elaine in Independence, Oregon. Thank you for waiting. Great to have you with us today. How are you?

CALLER: Fine. How are you?

CALLER: I know. In your first hour, you were talking about how incensed you were about the pope making a huge deal about global warming instead of the pedophilia that’s going on in the Catholic Church.

RUSH: Well, no, I didn’t quite do that. When it comes to global warming, the pope brings in all the oil executives and demands immediate action. But within his own church and with whatever is going on with the child sex abuse, he ignores it and doesn’t do anything about it. 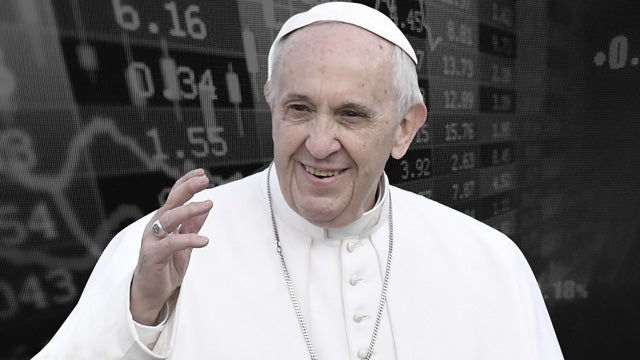 CALLER: Well, that’s right, because the Catholic Church is always supposed to be a global thing and he’s really gone to the global elite’s whole agenda on what’s going on, because the Catholic Church is never supposed to read the Bible. They had their masses in Latin, they didn’t read the word in English, they read it in Latin, they have been recently, but not completely. So they’re actually supposed to go with the leaning of the pope. So if you get the pope going in one direction, which I’m sure the leaders have been able to do very easily because the pope never gave all their multibillions of dollars to the poor, they keep it in a vault underneath the Vatican. And they’re never ever supposed tell people —

RUSH: No. It’s the bones of St. Peter that are in a vault underneath the Vatican. The Vatican does hoard money. But the Vatican — this is a big misnomer. They do spend a lot on the Catholic Church charities. Look, there’s some great things the Catholic Church does. You’re right, they’re worldwide. The U.S. population, — what did I see? Five percent of Catholics are United States citizens. The Catholic Church is huge around the world. And they do handle and deal with a lot of charitable activities.

They do a lot of good work. They don’t hoard things, and they don’t disabuse people reading Bible. I don’t know where that comes from. I mean, I’ve been to Catholic Mass. The Bible is read. But the pope is political. Look, it’s the problem with the left. The pope is a leftist. He’s a leftist, socialist from wherever he’s from, Argentina, whatever. And the left corrupts everything that they touch. Everything that they get their hands on ends up being corrupted because they politicize it.

They politicize the Department of Justice, for crying out loud. That’s why we have a two-tier justice system right now in Washington with the DOJ vis-a-vis Trump and Hillary. I mean, Republicans get investigated and prosecuted and Democrats don’t.

But it’s more accurate to say that the pope and his liberalism, he’s unable to leave it at the door when he became pope. He took it right in to the Vatican with him. And he’s doing things with it previous popes have not done. When you look at the pedophilia scandal and you look at the lack of action and maybe looking the other way, not doing anything about it, does that not coincide nicely with liberalism and the way they deal with these things?

But, man, if there’s any place else that judgmentalism ought to be ruling the day would be major churches, major religions. What else are they for? Other than the moral straight and narrow and strength of faith. Anyway, I just think this is what you get. It shouldn’t surprise anybody. This is what I wish were more obvious to everybody. It shouldn’t surprise anybody what happens to any organization, I don’t care how large or small, when leftists end up running it with no check or balance on their power.