RUSH: I want to go back to September 20th for this sound bite. It will be followed up with one from Professor Dershowitz talking about the investigation and once again my characterization of just how serious the establishment is to get the Trumpster.

RUSH ARCHIVE: It’s an effort to destroy Trump and his business, to wipe him out and anybody associated with him, as the biggest lesson outsiders could be taught: Don’t try this again. This predawn raid picking the lock of Manafort’s house and now Manafort, “Release what you found. I got nothing to hide. I didn’t do anything.” I don’t doubt for a minute, whatever this is, I know it’s an effort to destroy Trump, but I don’t mean just destroy him reputationally. They are going to try to wipe him out, folks. That’s what this all is. And everybody associated with him.

RUSH: So, you see, that was — I thought that back in 2017, almost a year ago. And then when I learned about all of these cases being passed off to the New York SDNY and the Manhattan DA, and they got immunity granted to the Trump Organization CFO. So here’s Professor Dershowitz this morning on Fox & Friends. And the question: “If I’m an independent businessman who has ever thought about running, I’m not gonna do it. I’m not gonna run, because, as you said, they can look through all your things. They can find something on anybody. Why would anybody do this, Professor?” 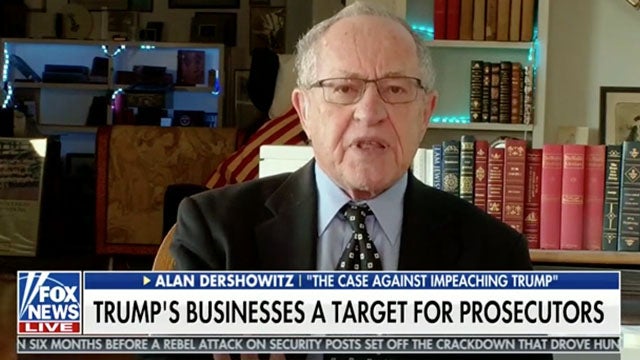 DERSHOWITZ: The biggest crime you can commit in America today is to have been associated with Donald Trump.