RUSH: Consumer confidence numbers are out. Folks, these economic numbers, be it unemployment, be it economic growth — by the way, I think the Atlanta Federal Reserve Bank is now predicting 4.6 GDP growth for the current quarter, which will end in September right after the new iPhones come out, and 4.6 on top of 4.1. Now we’ve got consumer confidence numbers. They have, in August, the highest level since October of 2000.

Now, October 2000 is before 9/11 happened. “Consumer confidence rose in August to its highest level since October 2000, building on July’s solid result.” This is the statistic that is monitored and kept by something called a Conference Board. And these people been around for decades. 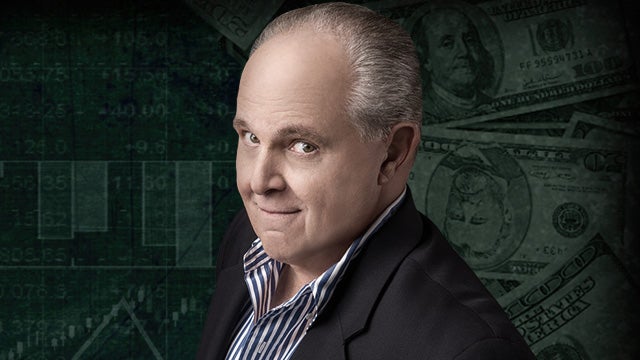 “The Conference Board’s index climbed to 133.4 in August, despite expectations from a survey of Reuters’ economists that it would fall.” Why would anybody think a survey of Reuters economists would be anywhere near right? Reuters every month admits they are shocked and surprised, that their experts are shocked and surprised by every month’s economic numbers. Well, why would anybody still rely on Reuters economists?

The Conference Board’s index rose despite expectations from a survey of Reuters economists that it would fall. The confidence number rose last month to 127.4. It’s 133.4 today. “Consumers reported better feelings toward the economy in the near term but less optimism about long-term growth.”

Now, what this consumer confidence survey measures is Americans’ sentiment on current economic conditions and prospects for the next six months. The difference is people have jobs, people have more money, have more disposable income, and they feel confident that this is gonna continue, which makes them confident to spend it.

Now, here’s the challenge. How do we convince people that the Democrats are gonna reverse all of this? This is one of the rare times. It’s not the only. It’s not the first. But this is one of those rare times where the president and his administration are not directly benefiting or being credited for robust economic recovery or activity. Although I think in Trump’s approval numbers, we see some evidence that the American people are willing to credit Trump. 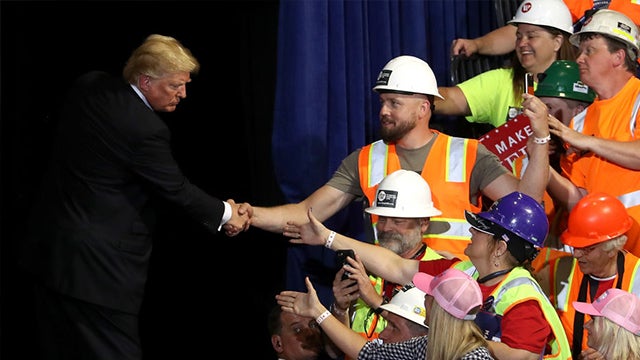 But what really needs to happen, the American people need to know that if the Democrats get back in charge of things, this is over. And the Democrats are out there saying so! They can’t wait to get rid of the tax cuts and reraise people’s taxes. They can’t wait to add back some of the regulations which have opened up the economy. The real challenge for Republicans and everybody interested in this is to convince the American people that everything happening today in the economy is gonna end and reverse itself if the Democrats get back in power, including winning the House in November.

We are in the midst of an economic boom that no one in Washington, in the world, actually, thought was possible. Except Trump. Even in the campaign when Trump suggested that he could return the economy to 3% growth, do you remember what they said to him and about him? They said that that’s near criminal, Donald Trump cannot make a statement like that. That is misleading the American people. That’s setting up false expectations. It’s very cruel, they said, of Donald Trump, that 3% economic growth is simply not in the cards anymore.

And one of the reasons why is because the great and valiant Barack Hussein O had never been able to get higher than 1.5%. And since Obama was the absolute wizard of anything, if Obama couldn’t do it, it couldn’t be done. And I’m only slightly exaggerating. The point is the people that ran the political-media complex in Washington did not think any of this that’s happening now in our economy was possible. And so there was not a single person among them willing to even try.

This economy expanding and growing like it is with consumer confidence is one of the greatest horrors the Democrats can experience.  This is the kind of thing that sends them into abject panic, and the need to start rewriting history in terms of their media stories about why this is happening begins.  It’s why they’re now embarking — I kid you not — on various efforts to credit Barack Obama for this, which has no chance of succeeding.  It’s an economic recovery, an economic boom that no one in Washington thought was possible.

Despite having all those people arrayed against him in Washington, Trump has somehow made this happen — and in another, sane universe, this would be the only story of the year.  But now there is this hoax, this setup, this frame job by the upper levels of the intelligence community and the Washington establishment to destroy Trump. Because of that never-ending story and the ongoing lies and distortions in it, what would be the biggest story every day, the economy…

The stock market yesterday hit 26,000 for the first time.  NASDAQ hit 8,000 for the first time.  On the strength of what?  A new trade deal with Mexico that nobody thought was possible!  Nobody believed that Donald Trump could pull it off, not after what he had said about the Mexicans in the campaign.  The media is left… The media is reduced in reporting on the Mexican trade deal to snarky comments about, “Well, there’s nothing in it that says Mexico is gonna pay for the wall; so Trump failed.”

A bunch of petty, small-minded little gnats and Chihuahuas yapping at the ankles and the knees of Donald J. Trumpster.  Really, folks. What is happening here in the U.S. economy would be the big story — and not just here, but around the world.  I was alive in the 1980s when the Reagan version of this happened, and I’m here to tell you: It was the captivating story. It was so big and so constantly reported, the Democrats and the media were in panic even then trying to rewrite it.

If the next quarter’s economic growth is 4.1% — or is 4.6% as the Atlanta Federal Reserve Bank says — then we will have evidence that this is a sustainable economy on fire.  But, meanwhile, what do we get?  We get Russia and Russia and Russia and Lanny and CNN and Stormy and McCain and Omarosa.  Oh, my! What happened to Omarosa?  Where’s Omarosa? That gigantic tell-all? They should have gotten a month out of it!  Where’s Omarosa?  What happened to that story?  It must have bombed out for some reason.  Why did the Omarosa book bomb?  Maybe ’cause nothing in it was true.  Maybe it served its purpose.  Maybe it was only a one- or two-day Drive-By story.