Robert B. Reichhhh Wants to Annul the Trump Presidency!

RUSH: They are going even crazier. I have a column here.

The former labor secretary in the Clinton administration Robert B. Reichhhhhhhh, has a column in Newsweek. And here’s the headline: “Robert Reich: If Trump Is Guilty, His Presidency Must Be Annulled.” Robert Reichhhhhhhh, Newsweek columnist and chancellor’s professor of public policy at the University of California at Berkeley, believes that if Trump is guilty of cheating and colluding with Russia and Mueller proves it, that his presidency must be annulled. 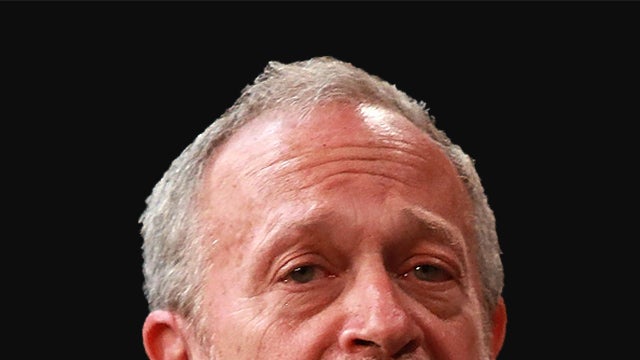 He says, “The only way I see the end of Trump is if there’s overwhelming evidence he rigged the 2016 election. In which case impeachment isn’t an adequate remedy. His presidency should be annulled.”

I looked in the Constitution for how to do that, and it isn’t there. Maybe they would bring the pope over for this. (interruption) No, the pope would drop whatever he’s doing to come over. If the pope could participate in annulling the Trump presidency, the pope would be here. Don’t doubt me. A second 800-pound gorilla in the room would show up. They might even invent supersonic transport to get him here if the pope could annul the presidency.

Anyway the former labor secretary says, “Let me explain. Many people are convinced we’re already witnessing the beginning of the end of Trump. In their view, bombshell admissions from Trump insiders with immunity from prosecution, combined with whatever evidence special counsel Robert Mueller might uncover about Trump’s obstruction of justice and his aides’ collusion with the Russians, will all tip the scales.

“Democrats would take back the House and begin impeachment, and the evidence of impeachable offenses would put enough pressure on Republican senators to send Trump packing. I don’t believe this for a moment. First, the Senate has never in history convicted a president of impeachment. Second, even if Democrats flip the House in November, Republicans will almost certainly remain in control of the Senate—and so far they’ve displayed the integrity of lizards.” They will not convict Trump.

“Third, Fox News and the rest of the right-wing sleaze media will continue to distort and cover up whatever the evidence shows—convincing 35 to 40 percent of Americans, along with most Republicans, that Trump is the innocent victim of a plot to remove him. Finally, Trump himself will never voluntarily resign, as did Nixon. He’ll lie and claim a conspiracy to unseat him.”

That’s just the warmup for this piece, folks. He-he. Just the warmup. Hang on, and I’ll continue when we get back.

“In other words, Trump’s presidency is not authorized under the United States Constitution. Suppose these findings are so compelling that even Trump loyalists desert him, the Republican Party decides it has had enough, and Fox News calls for his impeachment.”

Do you believe — what are these people fantasizing about? This is unreal! And I still haven’t gotten to the piece de resistance. “Impeachment would remedy Trump’s ‘high crimes and misdemeanors.’ But impeachment would not remedy Trump’s unconstitutional presidency because it would leave in place his vice president, White House staff and Cabinet, as well as all the executive orders he issued and all the legislation he signed, and the official record of his presidency.

“The Constitution does not specifically provide for annulment of an unconstitutional presidency. But read as a whole, the Constitution leads to the logical conclusion that annulment is the appropriate remedy for one. After all, the Supreme Court declares legislation that doesn’t comport with the Constitution null and void, as if it had never been passed.”

This guy is a professor at Berkeley! He’s losing his mind! They all are! It’s hilarious!

RUSH: So to conclude this piece by the former labor secretary for Bill Clinton: “After all, the Supreme Court declares legislation that doesn’t comport with the Constitution null and void, as if it had never been passed. It would logically follow that the Court could declare all legislation and executive actions of a presidency unauthorized by the Constitution to be null and void, as if Trump had never been elected.

“As I’ve said, my betting is Trump remains president at least through 2020—absent compelling and indisputable evidence he rigged the 2016 election. But if such evidence comes forth, impeachment isn’t an adequate remedy because Trump’s presidency would be constitutionally illegitimate. It should be annulled.” 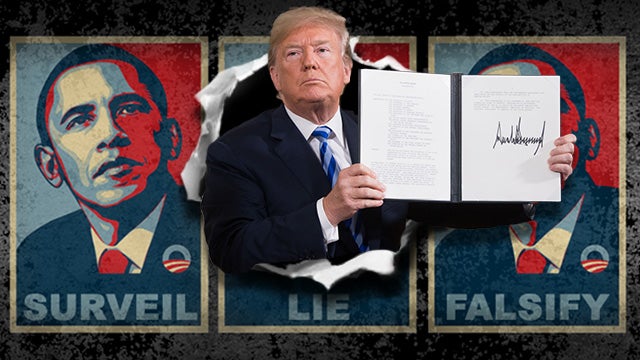 Now, we’re told that many people say, many smart people on the left, many bright, well educated, increasingly intelligent people, this whole business that Trump cheated and stole the election and that he did so with Putin, we’ve had at least two years of solid investigation of this. There isn’t a shred of evidence for it and there isn’t going to be, but yet look at all of these people that literally are waiting with bated breath and holding out hope that that’s exactly what Robert Mueller has found. He just hasn’t leaked it yet. He’s waiting for just the right time to blow Trump out of the water.

They really believe — I’ve warned everybody, they believe this stuff. They really have talked themselves into believing that this happened. So shocked were they at having lost the presidency, the election in 2016, they can’t fathom this. Even though Barack Obama, their Dear Leader, explained to them countless different times and ways that it would be impossible to rig a presidential election in the way it’s being — in any way. It’s too spread out. Voting machines are not connected to the internet. Because of the Electoral College, you wouldn’t know where you had to start monkeying around with things.

It would be virtually impossible for anybody to rig the presidential election, and a modicum of common sense would tell you this. But the daily drumbeat of news media reporting combined with the incredulity they have over having lost the election, they have bought this. They’re totally, totally devoted to it, to the premise. I don’t think they’re any longer even hoping. They know, they know it happened. They’re just waiting for somebody to find it, the evidence, the media as well.

Now, to you and me, this genuinely is insane. It’s incomprehensible. And they are committed to it. They are totally, completely devoted to this premise, this narrative, this fact. And yet there is no evidence that Trump rigged anything. If anybody did — I’m really sorry for sounding like a broken record on this. But if anybody did, it all happened on the Hillary side. The real things to learn about this are just how deep the deep state is, just how coordinated they are, just how aligned they are.

That’s not the question. The question is not when did the investigation begin. The question is when did this master plan to try to convince and persuade people that Trump had cheated and colluded, when did that begin and who is responsible for it? And then the big question, why? Everybody thought Hillary was gonna win. Why even do this?

But this plot, this idea, create the idea, the notion that Trump colluded, stole the election, this had to begin way, way back further than the election. It had to begin in the heat of the campaign. So many questions arise. When in the campaign? Why did people in the deep state even think this would be necessary? Who was involved in it and just exactly where and how did it originate?

Everybody thinks that what’s going on here is an allegation that Trump stole the election, cheated, and that there is an investigation to find out what Trump did and when he did it and how he did it. But that’s not really the question. The question is, when did people in the deep state come up with this scheme?

When did they decide to infiltrate spies in the Trump campaign, and why? And it’s not Strzok and Lisa Page. They are bit players here. They are names that we know that have been put forward. We don’t know who really hatched this plan, and we don’t know why. Other than insurance.

But I think it goes deeper than that. What I’m trying to say is I think this conspiracy is far more deeply entangled and filled with webs of deceit than we have possibly contemplated up ’til now. This didn’t just start the day after Hillary lost the election. And it didn’t just start in the summer of 2016. This has an origin that goes way back beyond when any of us — and here’s another question that I might throw out.

Is Trump the only Republican against whom such a plan was prepared? In other words, if Trump had not gotten the nomination, if, say, Marco Rubio had gotten it or Ted Cruz, would there have been a similar plan as this implemented to discredit any Republican nominee and thus any Republican who might have won? Or was this plan prepared exclusively to deal with Trump? 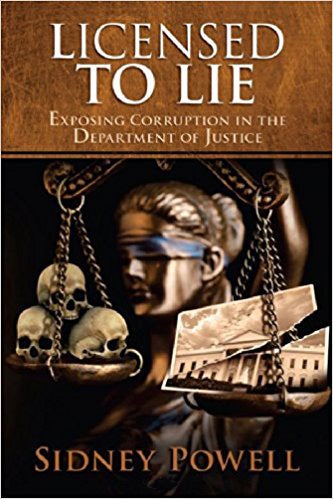 In other words, was this a deep state plan against the entirety of the Republican Party or a plan tailored to and prepared for exclusively Donald Trump? Well, whatever the answers to these questions, I will guarantee you, whatever you think you know now, whatever we think we know, I think there’s still lots of room for us to be shocked and stunned at what is really going on here.

Because, like Sidney Powell told me yesterday, you know, I had to laugh when I heard Rudy say, “Oh, yeah, we’re gonna get this thing wrapped up by September.” Not gonna get anything wrapped up by September. They’re barely getting underway. They have no intention of ending this. I’ve heard some people say, “Well, if the Republicans hold the House, Rush, Mueller’s pretty much gotta shut down.” No, they don’t. If the Republicans hold the House, they just have to change their strategy and change their approach.

There is nothing that’s going to stop the hatred they have for Donald Trump and the resentment and the outrage and the anger. There’s nothing that’s gonna stop that. In fact, if the Republicans win the House, that’s only gonna increase. That’s what Trump was talking about the other day about unrest happening after the midterms, although he’s been terribly misquoted on that.

And the Drive-Bys are now running some corrections. Trump did not tell anybody there would be riots and violence. That’s not what he said to the evangelicals. And Reuters and the gang are having to withdraw, they’re having to reframe those original stories claiming that Trump was advocating or predicting violence. That’s not what anybody who heard him say what he said believes he meant.