RUSH: Here’s Wade in Weatherford, Oklahoma. Welcome, sir. Great to have you here.

CALLER: Rush, it’s a great, great pleasure to talk to you. I’ve been listening to you since 1989 when I was in the United States Navy.

RUSH: Well, that’s 29 years. That’s almost a lifer for you. I appreciate that. 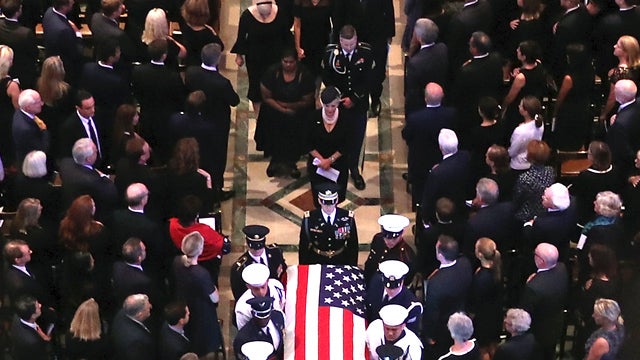 CALLER: Absolutely, sir. When you were talking about John McCain’s funeral, it brought back a memory of something you stated to us many, many moons ago. The Paul Wellstone memorial and political rally.

CALLER: Oh, yes, sir. It was a funeral and a memorial service, and then it turned into, for lack of a better word, an anti-Trump rally and, you know, Trump doesn’t know what he’s doing, and now he’s attacking this great American.

I’m just telling you what is. Senators do not get funerals like presidents do. They gave McCain a presidential funeral and McCain wanted it. That funeral — this is what blew me away about it. I’ve always thought of funerals as for the living, comfort the living, the family, salvation of the soul of the deceased. Eternal life, heaven, that’s the purpose of funerals is to enforce, to make confident, to appeal to God for the soul of the deceased, and they didn’t do any of that. 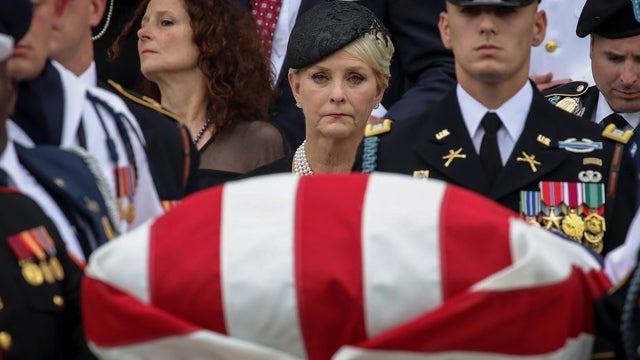 They took the occasion of a nationally televised event for three hours to bash Donald Trump. And, in a sense, it was close to the Wellstone memorial, but it was planned to be that. That’s what it was intended to be. It was the establishment taking the death of a senator and utilizing that death for another attack on Trump.