Sick Democrat Base on Display at Kavanaugh Hearings

RUSH: This is Todd in Springfield, Illinois. Great to have you, sir. How are you?

CALLER: Rush, welcome back. We missed you, sir.

RUSH: Thank you. Well, I missed being here; I must tell you.

CALLER: I’ve been with you 30 years, and I’ve enjoyed every minute. I’m calling today about these lunatics that were allowed to go to into the Kavanaugh hearings. Am I the only person in the country that would like to know where these people came from, who let them in? You know, there’s no way you and I could walk up to that door and just walk in and sit down. You had to get an invite. How do they get (audio drop)? What happened to them after they are escorted out? Were they just let go at the door like a bird out the window? Like I said, you know, CNN was wanting the names, phone numbers, addresses of the Manafort jury. How come someone like Fox isn’t looking into these people? 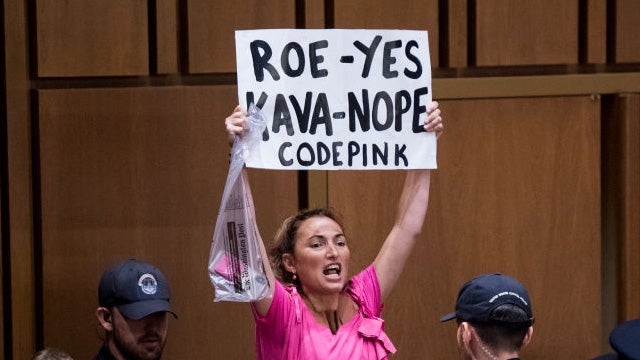 RUSH: Okay. I think everybody knows who they are. Organizationally. They’re from Code Pink and a bunch of other leftist organizations, and the people that let ’em in are senators. You know, Democrats in the House and Senate. That’s one of the ways you get tickets to these things. They never will admit it. I mean, I don’t want to say this like it’s common knowledge, ’cause everybody involved will deny it. There’s nobody who wants to be directly tied to… Well, actually, no. That’s changing.

I think people like Kamala Harris and Cory Booker might actually think it would benefit them to be tied to these people. That’s who the Democrats are portraying, or who the Democrats are performing for. That’s another thing for people to learn here. Look, I’m like you — and I saw pictures of Kavanaugh’s parents shielding their eyes. They were just flat-out embarrassed. This is one of the greatest honors that can happen to an American family, to have a son or daughter nominated to be one of the nine justices on the United States Supreme Court.

It is indescribably unique. And it’s, under normal circumstances, a tremendous honor to go through the process. But it hasn’t been since Ted Kennedy and his Robert Bork rant back in the late 1980s. The Democrats have polluted and perverted the confirmation process when Republican presidents do nominating. That crowd that you saw in the Kavanaugh hearing? That’s who the Democrats are performing for. That’s the audience they’re trying to get votes from. And that’s when you have Cory Booker, “I’m having my Spartacus” moment.

You have Kamala Harris literally editing a comment that Kavanaugh made, leaving out two words. She changes his meaning entirely. She knows it! She knows that she’s editing him out of context, lying about it. She produces the video, puts it on social media. Six hundred thousand people see it and have no idea the thing is made up and totally out of context. This is who they are, and people have been getting into Supreme Court confirmation hearings…

If you remember, Justice Alito’s wife ran out of her husband’s confirmation hearing in tears over what Democrat senators were doing, not even the rabble-rousers in the crowd. You know, I looked at the Republicans on the committee, too, and they weren’t doing anything to stop it because they obviously have calculated that it’s beneficial for people watching to see, “Well, this is who the Democrats are. This is their supporters. This is the Democrat base.” I mean, it’s a bunch of sick people, folks.

I mean, it’s really, really a bunch of sick — I mean, literally sick — people who have become the primary base of the Democrat Party. So rather than these Democrat senators try to change the base and make it a little bit more respectable, they just accept who they are, what they are, and campaign to them and raise money to reach them on that basis. It’s despicable, it’s disgusting, and it’s another one of those events where I’m watching it and I’m asking myself:

“How in the world can common, ordinary, reasonable, decent people watch this and have any desire to vote for the people that promote this kind of behavior, that kowtow to it and that seek to normalize it?” and it’s shocking how many people do. It’s shocking how large the Democrat base is. But as to how they get in there? They’re let in. Their signs are made in advance, and if they’ve got tickets, they’re permitted in. I think the spectacle is desired. 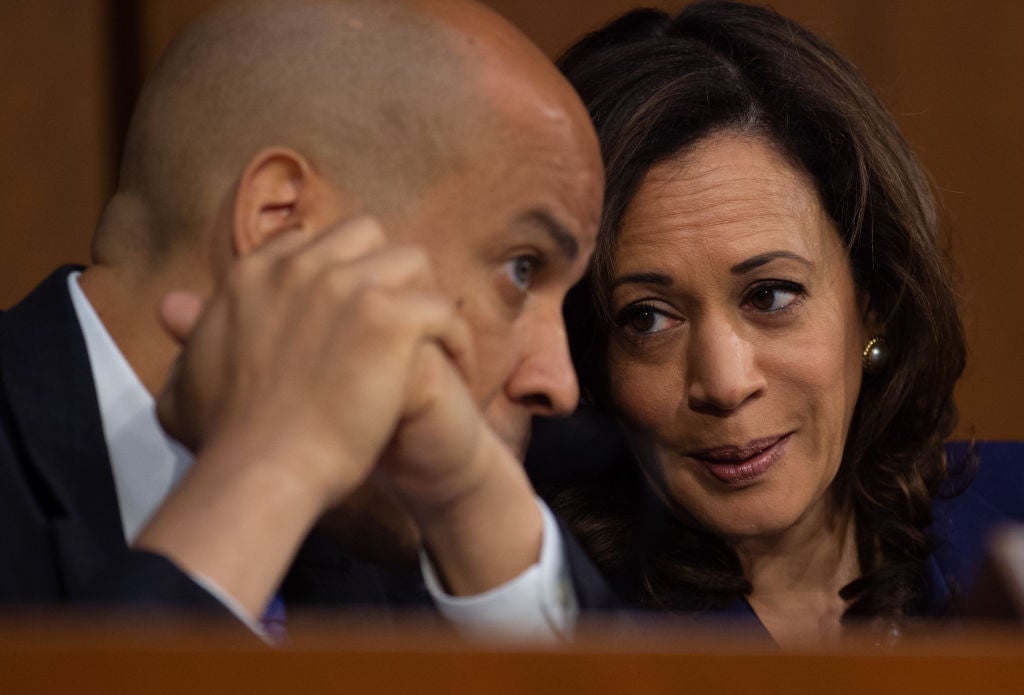 Those people get in knowing full well they’re gonna be thrown out. That’s the point. Point is the spectacle, to be seen making the spectacle, to have that make the news. It’s all coordinated with media, and it’s all designed to try to make Kavanaugh look like he’s the oddball. The thing about this is that Kavanaugh’s gonna be confirmed. They can’t stop it ’cause they don’t have the numbers. The Republicans are gonna hang unified on this. So what are they really doing here? Well, they’re fundraising.

Cory Booker, Kamala Harris are running for president, and they are believing the same thing Hillary Clinton believed, that all we have to do is get to 2020 and one of them is an automatic winner ’cause everybody hates Trump. Everybody can’t wait to get rid of Trump. They think that a majority of people in this country harbor that attitude and they’re all out there making tracks to appeal to it. That’s why Obama’s out there. These people are feeling their oats right now. They’re thinkin’ they’re running the show. They’re back in charge because they’ve got the media.