CALLER: Well, Rush, this is what my wife came up with, my wife, Beth. She said, “Hillary did it. She’s the one who wrote the letter. One day that she was, you know –” 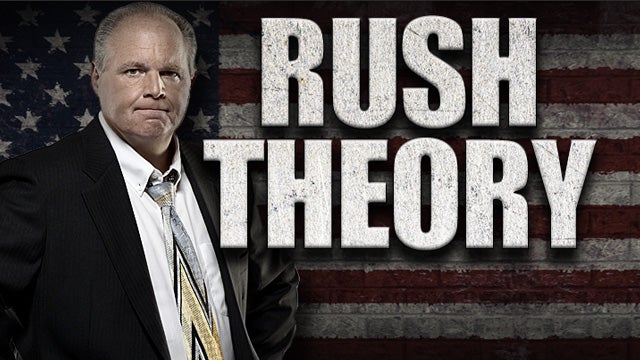 RUSH: The anonymous op-ed supposedly from a Trump administration figure? You think Hillary wrote that?

CALLER: I think Hillary wrote that. Actually, my wife, Beth, came up with that. She said, “You know, Hillary still has security clearance and the keys to the White House since the whole presidency with Bill back 25 years ago and she snuck in there one night and was sitting in the Oval Office by the desk crying her eyes out saying, ‘This should have been me! This is my desk! This is my office,’ and I think she grabbed some papers, snooped around, came up with some really good stuff hoping that they’re gonna invoke the 25th Amendment on him.” You know, most insane people think that other people are insane, that they’re the only sane person.

RUSH: Hold. I need to ask you. Do you really think this or are you trying to be clever, host at home?

CALLER: Well… (pause) A little bit of both.

RUSH: I thought so. I’m glad to hear that, ’cause there’s no way Hillary wrote this, but you are very clever with your construction there of the possibility.

CALLER: Now, I do have another comment. Uh, Stormy Daniels. She was paid off. Did she ever pay taxes on that money that supposedly, allegedly that Donald Trump gave her?

By the way, there’s more on Serena Williams today. Not more on her, on the way the media is dealing with that. We’ll do that in the next hour. Okay. So I succeeded, as the clever host that I am, in elucidating from the caller, securing the caller. He doesn’t really believe Hillary wrote the op-ed in the New York Times. She didn’t. Whoever wrote this is a Millennial. You know some of the smart money that I saw perusing things? There are some people who actually think that Nikki Haley wrote it. Nikki Haley is Trump’s ambassador to the United Nations. There’s no way Nikki Haley wrote this, because Nikki Haley has written a response to it criticizing it.

Nobody would be that double deceptive. If she’s got any political aspirations beyond this, which she does, there’s no way. She might write it, but then she wouldn’t double down and write a piece being critical of it. If that ever came out, that’s the kind of thing… Pshew! Bye-bye, rest of career for Nikki Haley. I don’t think Nikki Haley wrote it. I stick by the fact that nobody wrote it. I believe the New York Times made it up. I think it’s a composite series of opinions from a bunch of people New York Times have on staff or talk to. 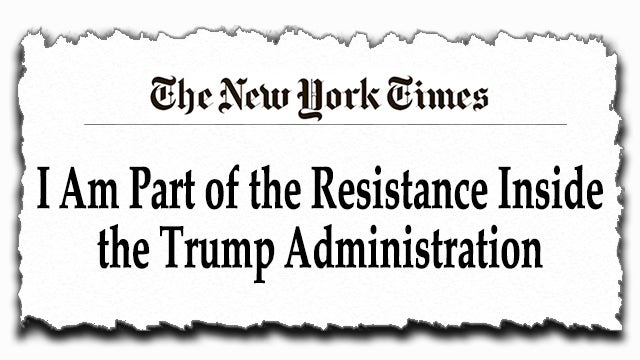 I’m not denying that there are saboteurs in the Trump administration. Don’t misunderstand. The timing of this — you know, as a prelude to the Woodward screed coming out, and from everything I know about that? Look, they’re making up quotes! Bob Woodward’s partner, Carl Bernstein, still is in hiding. He can’t come out and share in the glory because his name was on a story signifying Lanny Davis as an anonymous source. Lanny Davis is now admitting he lied to everybody when he sourced the story originally…

I forgot what the story was about now. Lanny Davis said (summarized), “I goofed up. I shouldn’t have said it. It wasn’t true.” Well, CNN is the only outfit that Lanny Davis gave the data to that hasn’t withdrawn it or retracted and that’s because they gotta protect Bernstein’s legacy and reputation. Otherwise, Bernstein would be out there defending Woodward’s honor today, but he can’t. He’s got his own honor to try to cover up. My point is they make stuff up all the time!

Look at all of the stories for a year and a half supposedly citing anonymous intelligence sources and former U.S. government officials assuring the New York Times, Washington Post, CNN, that there was collusion with Russia and it’s only a matter of time before we can release it or some such thing. Folks, they have been making things up for two years, two-and-a-half, three years on Donald Trump. Why would this be any different? Again, I’m not saying there aren’t any saboteurs. Don’t misunderstand. There are plenty of them all over the place. Some of Trump’s original staff? (Snort!) As I’ve said, it’s beyond me to make any sense of it.

These people in the media, the Washington elites, have given this project everything they’ve got — the project of getting rid of Trump, overturning the election 2016, getting his approval numbers down so low that they can drive him out of office. They have given everything. They’ve tried every trick in the book! They’ve done every trick that’s gotten rid of every other Republican, and it hasn’t worked. They’ve run through every piece of ammo in the quiver! Time for something new. “Make it up!” I don’t know if we’ll ever know.

The only way we will know is if somebody steps forward and claims credit for it. But if it was written by a saboteur in the Trump administration, they’re probably not gonna want to step forward any time soon because the conventional wisdom is it’s backfired in the sense that it has given Trump evidence of what he and a bunch of us have been saying. That there is a coup, a silent coup, going on to get rid of him, to get him out of office. This kind of proved it. So this person, whoever he or she is, may have stepped in it by actually doing it; they may not come forward.