RUSH: There’s a guy at CBS named Jeff Fager. We haven’t talked about this. Leslie Moonves, the CEO of CBS, has been sent packing. Ronan Farrow has claimed another scalp. Frank Sinatra’s daughter with Mia Farrow — uh — sorry — Woody Allen’s son with — what am I thinking here? Woody Allen’s son, not Frank Sinatra’s son, with Mia Farrow. He worked at MSNBC for two weeks and he got the Walter Cronkite journalism of the year award I think after his first two shows in his life. And it didn’t work out, he went back to what he loves best, that’s writing, and he has — I mean, he’s the guy that nailed Harvey, he’s the guy that got rid of Moonves and the #MeToo movement is largely because of Ronan Farrow.

Leslie Moonves, I’ve been reading a bunch since Moonves was forced out. I didn’t realize, this guy is despised. You know, the tech blogs that I read follow media a lot. And this Moonves guy, and I thought Moonves was loved and adored. I mean, he’s media, he’s Hollywood, CBS, hired Colbert and said at the time he didn’t care, ratings didn’t matter, he just wanted all the buzz. Started CBS All Access. They hate this guy! They despise this guy, literally. And I was stunned.

Have you ever heard of a website called The Verge, Kraig? I think that’s where I read this, but I’m not sure. No. It might have been Recode Decode, which is part of Vox, used to be part of Wall Street Journal and they didn’t want any more to do with it. It’s one of those two places. And I figured, is this guy a closet Republican? I said that can’t be the case ’cause I know Moonves. I’ve run into him at golf tournaments and he’s always giving me the business about the liberal media that he claims doesn’t exist, or claimed doesn’t exist.

Anyway, he’s gone, and he had a golden parachute package of $120 million. They’re withholding it ’til after the investigation to find out just how many despicable things to women he did. He may not get any of it. In an effort to get some of it he agreed that $20 million of his golden parachute package would go to the #MeToo movement. Twenty million is gonna go to some organization that deals with women who are abused by high-ranking media executives in the Democrat Party.

The other guy’s scalp that just got claimed today was Jeff Fager. Jeff Fager runs 60 Minutes and some of the other programs at CBS. And he apparently has been, you know, just as despicable a swordsman as Moonves was and as Weinstein was. You know what I mean by swordsman, Wendy, right? Anyway, he’s gone now. So you look at the number of left-wing Hollywood and television media executives sent packing because of their despicable, disrespectful, filthy, inhuman treatment of women, the irony is lost on these people as they start trashing every conservative they can find.

I don’t know, do people realize this? Do people make the connection that all of these abusers of women, rapists of women so forth are liberal Democrat men? Nah. The reason that Moonves is despised, I’ve read further, is they just think he was a lousy CEO. And I guess it didn’t go any further than that. You know, folks, everything today is historical. And by that I mean the media’s literally hyping everything. 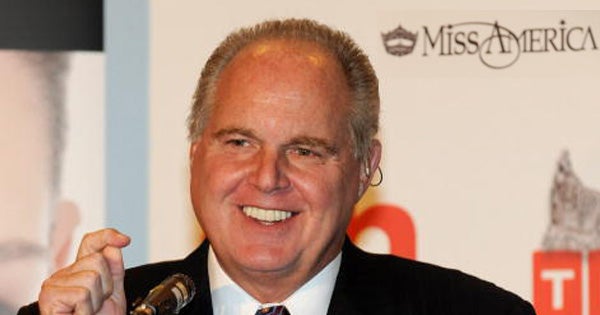 Gretchen Carlson took over the organization as CEO and promptly said, “This is not gonna be a beauty pageant anymore. No more swimsuits, no more cocktail hour. We’re gonna talk about women and what they think about X, Y, and Z.” And now they’re scratching their heads why the numbers went south. And then the contestants were not happy with what Gretchen Carlson was doing.

What else do we have? Historically low CNN ratings. And even historically low NFL ratings. It’s interesting, in the NFL, the Sunday afternoon ratings for the NFL were okay. It’s the prime time nighttime numbers which are continuing their fall, their plummet.