Houston Eyeball News Thinks I Told You It Would Rain Sharks

RUSH: Grab audio sound bite No. 23. This is from KHOU-TV, KHOU eyeball 11 news in Houston. This was this morning. The anchors are Russ Lewis, Lisa Hernandez, correspondent Brandi Smith with an “i” on there; so I’m guessing she is a woman, though you never know anymore. And they are talking about reports that Hurricane Florence is picking up sharks (laughing) out of the ocean. 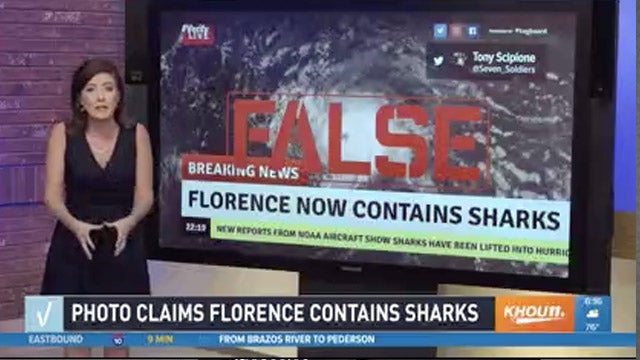 RUSS LEWIS: Is Hurricane Florence so strong that it’s picking up sharks and then will drop them into neighborhoods?

BRANDI SMITH: Of course it’s not true! But this photo is made to look like a breaking news graphic that you might see on TV. It’s definitely fake. I don’t know who was buying into this but it was created on a website called BreakYourOwnNews.com. So this got a signal boost when Rush Limbaugh talked about it on his radio show Tuesday. He made it sound like it was real. We can absolutely verify this one is false. But we do want to emphasize there’s plenty of real danger from Hurricane Florence so it’s definitely something people in the Carolinas are taking seriously.

LEWIS: Sure. And I want to hear that Rush Limbaugh clip (laughs) and see if it was tongue-in-cheek. 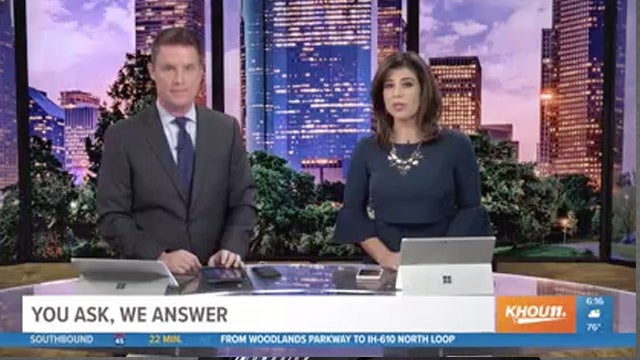 RUSH: That poor guy, that was Lewis there, Russ Lewis, I hope he doesn’t get canned for getting it right. This was during the period of time I was discussing the fact that there was also gonna be pig manure, which is also another old wives’ tale that comes from Hurricane Katrina. I even pointed out — and I had that website and I showed it here — I pointed out there’s no way it could rain sharks. Because sharks are never gonna be sucked out of the ocean. It’s not possible. The only way that sharks could end up on land is if they are part of any storm surge. Storm surge and rainfall are two completely different things. But let’s listen. This is audio sound bite number 24. Here it is.

I’m telling you right now… (interruption) You think I’m making this up? This appeared somewhere. “Florence Now Contains Sharks.” I’m telling you. You want to tell me this story is not true, that this is the one thing I cite…? Let me find the headline at the bottom of The Stack. “Hurricane Risks Including Toxic Sludge and Lagoons of Pig Manure.” I’m telling you, they’re getting ready to call this Donald Trump’s Katrina! How many times did they…? You know, after George Bush had seen Katrina, how many other Katrinas did Bush have for the remainder of his term?

They’re setting this up. Now, there was a story about pig manure and slop during Katrina, and the state of Louisiana had to debunk it. There were not oozes and gobs of pig manure floating around in floodwaters in Louisiana after Hurricane Katrina. They had to debunk the myth. These are predictable things that the media has in their Nexis database. A hurricane hits, you go to the Nexis database and you look for stories that might look good to run and you run them. You just repeat them. “Florence Now Contains Sharks!”

So sharks are being lifted out of the Atlantic Ocean and dumped into the storm because it’s so strong, it’s sucking ’em in there — and then they’re gonna be in the waters. Of course, the only water that might contain sharks would be storm surge — it isn’t gonna be raining sharks — and that’s the predominant water source in a hurricane is rainfall.

RUSH: I debunk the rumor. Now, I don’t blame these people in Houston because what happened is Media Matters for America got hold of it along with the fact that I supposedly was saying the hurricane’s nothing, that they’re lying about it just to advance climate change, and all these media people — what’s amazing about this, they read these things, they’re outlandish, they’re crazy, they never call here for clarification. “Did you really say that it’s gonna be raining sharks?”

They never call here. They just rely on a bunch of leftist radical lying sacks of manure over at Media Matters and they run whatever they say there throughout the Drive-By Media.