The Manafort Plea Is No Big Deal

I’m gonna be able, with the assist of several legal beagles that I know, to explain the Manafort plea deal to you. It’s not that big a deal. Don’t get all hepped up about it.

Cookie, I don’t need the audio. I’m backlogged as it is. I’ll just read what this is.

Much of it we had yesterday. It was this guy who’s a supposed meteorologist for the Washington Post who blamed me for being “complicit” after blaming Trump for being “complicit” because neither Trump nor I believe in climate change. So we are responsible for circumstances being worse. This Holthaus guy said, “We have a president that’s denying the impacts of, you know, this hurricane season last year and this year and actively making the problem worse by, you know, not addressing the root cause of worsening storms.”

I asked here, “Does this guy really believe this? Does he not know how stupid and dumb this is?” There’s no other way to characterize this. “[T]his hurricane season last year and this year actively making the problem…”? Trump, a human being, is making the weather worse! There’s no way Trump could make the weather worse if he wanted to! There’s none of us who could! Let’s say you work in the administration and Trump tells you…

Make a speech? Would you offend the hurricane when it’s in its embryonic stage coming off the coast of Africa by telling people, “They’re no big deal anymore! Hurricanes? We beat ’em.” What would you do, make the hurricane mad? Do these people not realize how genuinely absurd they sound? The danger is that all these other brain-dead leftists soak this stuff up like sponges. “We have a president denying the impacts of, you know, this hurricane season last year and this year and actively making the problem worse by, you know, not addressing the root cause of worsening storms.”

Storms are not worsening. From 2006 to 2011, there hadn’t been a single hurricane of Category 3 or greater strength that struck the United States. They are not worsening! Of the last 36 strongest storms, most of them happened in the ’30s and the ’40s — and as you track them, they get less intense as they move from the ’30s and ’40s to the present, averaging Category 3.5 to Category 2.7. They’re getting weaker, within that measurable time frame. Not stronger. These people are living and invested in just a constant lie about whatever the issue that they have politicized.

On CNN, they brought over a guy named John Avlon — not to be confused with Frankie Avalon. This is John Avlon who used to work at the Daily Beast, and they had a segment called Reality Check, and on this Reality Check, this guy predicted — like the guy in the Washington Post — that Trump is at fault for Hurricane Florence and that Trump’s climate policies could kill up to 80,000 people per decade! Quote: “His policies have been tearing down our defenses to climate change, which is often a blame for extreme weather.”

So we’re a bunch of dorks get together and sign a piece of paper with meaningless pledges to reduce CO2, which doesn’t happen. Not because of Trump. It’s because the signatories didn’t follow through what their promises were. Even if they had, it wouldn’t have mattered. Do you realize…? Folks, do you realize what a news story it would be if somebody was able to actually change the direction of a hurricane? 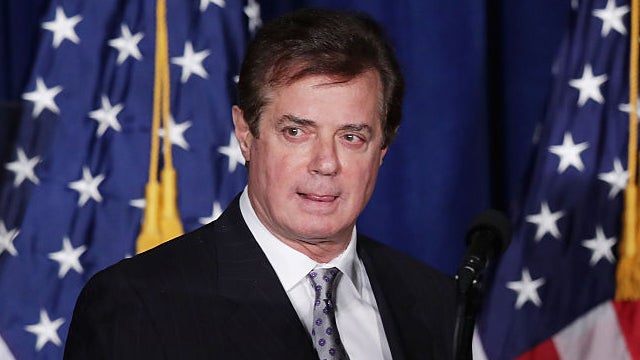 What do these people literally think in their private life? Do they really, really believe that human policies have “torn down defenses to climate change, which is often to blame for extreme weather”? Then this guy said, “On the same day Trump was discussing Hurricane Florence, his EPA proposed rolling back restrictions on emissions of methane. That’s just the latest environmental policy targeted by the Trump administration.”

Then this guy, Avlon, rattled off a series of Obama-era environmental regulations that Trump is rolling back, including pulling out of the Paris climate accord, and then he predicted this: “It’s so bad, according to two Harvard scientists, it could lead to 80,000 unnecessary deaths every decade.” Just out of the blue, 80,000 people are gonna die because of Donald Trump not doing what they think he should do on climate change. Well, it’s the same…

This is the same kind of mentality now looking at the Manafort plea deal. It’s the same kind of detached-from-reality belief in the surreal and stupid. What they have got themselves convinced of is that Manafort has the smoking gun that will allow Mueller to finally indict Trump for stealing the election with Putin, that Manafort’s known all along and that Mueller has known that Manafort has known all along. That’s why Mueller was bravely and courageously chasing Manafort and hunting him down and raiding his home at 6 a.m.

He was doing everything he could to intimidate him into flipping on Trump because Manafort knows. So that is the premise that guides their coverage of the announced plea deal between Manafort and Mueller. Never mind that whatever Mueller is looking at Manafort for happened two years before Trump even ran for president. Manafort was barely working for Trump for a hundred days, but the things that Mueller is investigating Manafort for happened long before Trump’s presidential campaign.

Now, in the real world, in the real world of legalisms and the law, the Manafort plea deal is probably much ado about nothing because they got him on bank fraud in the trial in the Eastern District of Virginia. And they already had 80 years of potential jail time because of his convictions in that trial.

So even if you’re Mueller, it makes no sense to do the second trial in the DC Circuit; you’ve already got the guy going to jail for 80 years. You’ve already got him primed to cop a deal. You don’t need to go through the motions here. There’s nothing that Manafort has that’s gonna take you to Trump anyway.

I think the impetus for this to make a deal is on the Mueller side, not Manafort. Manafort’s already got 80 years ahead of him. He wants to eliminate the next upcoming trial, you know, having years — if he can get his time in jail pled down to a more reasonable five or 10 years by giving Mueller whatever he wants in the D.C. trial, he might go for it and Mueller would go for it because he’s got enough punishment in the first trial to put Manafort away ’til he dies.

So in this plea deal, what I understand now, Manafort gets a 10-year cap on his sentence. He’s 70, or close to it, 68, 70 years old. The deal is he’ll go to jail for no more than 10 years, which, if you’re 70, that’s a pretty big deal. It means you have some percentage chance of getting out while you’re alive.

Now, the statement for this came from this guy Andrew Weissmann. Andrew Weissmann is one of these guys that dates back in the DOJ to the Enron task force. Four out of five of those convictions were overturned by the Supreme Court. I will stop there in my characterization of Weissmann, but — well, he’s also the guy that ordered the 6 a.m. armed raid of Manafort’s home. His statement that the deal, the plea deal depends on cooperation is just a lot of hot air.

Manafort’s partner, Rick Gates, has been cooperating for seven months. If Manafort had anything on Trump, Gates would already have told Mueller about it. This is the thing that the media’s gonna miss. They’re gonna miss it on purpose because they’re engaged in full-fledged hope. They hope that this plea deal means that Manafort’s finally decided to flip on Trump.

I’m telling you right now, Rick Gates, Manafort’s partner has already flipped. He flipped seven months ago. He’s been spilling whatever he’s got to Mueller for seven months, and if in those seven months Rick Gates had anything to tell Mueller about Manafort and Trump, then Gates would already have told Mueller about it, and we would have already known about it because CNN could not stop talking about it. 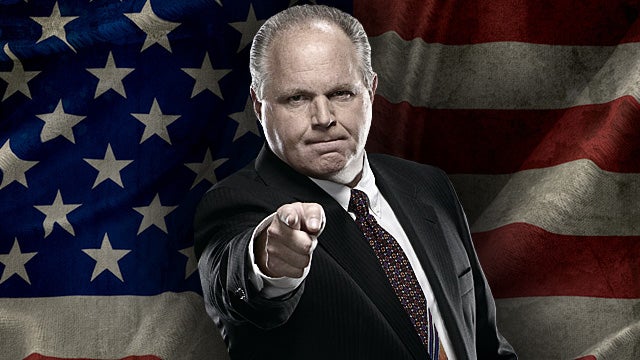 Now, what I just told you is the truth. You will not see this, I predict you will not see anything, very little of what I’ve just told you in the Drive-By Media. It’s gonna be the exact opposite; it’s gonna be speculation; it’s gonna be hope. “What does Manafort have on Trump? What has Manafort told Mueller?” We’re gonna have panel discussions speculating on what Mueller might have learned from Manafort about Trump colluding with Russians. It’s not about that in any way, shape, manner, or form. Just listen to Manafort’s lawyers. They’re telling the media that this plea deal has zip, zero, nada to do with Donald Trump.

RUSH: By the way, I was right about the media and the Manafort plea deal. CNN’s version? The legal experts on CNN are giddy. They are happy because they are saying that Manafort must be offering Mueller something that he wants in order to get any kind of prison reduction. Because Manafort had prison time up to 80 years, it’s been reduced to 10.

That Mueller wouldn’t have made that deal unless he got something really, really big and the only thing Mueller cares about is information on Trump so Mueller must have gotten something from Manafort. That Manafort has ratted out Trump or is gonna rat out Trump. They’re rubbing their hands together. They can’t see straight, they’re so excited about this. So that’s how CNN’s reporting it. I’m telling you that’s not what this is about.