Democrats Couldn’t Stop Kavanaugh, So They’ll Destroy Him Instead

RUSH: Panama City, Florida. Ron, you’re next. It’s great to have you with us, sir. How are you?

CALLER: I’m fine, Rush. Thank you. Many dittos. I just wanted to comment that I think it’s time to examine Dianne Feinstein’s motivation and her involvement in this entire accusation. I believe that she’s so far behind her own liberal base in California that she’s resorting to egregious political tactics just to regain her standing and regain the graces of liberal idiocracy in California. Taking down, or being part of taking down a SCOTUS nominee would certainly put her in that limelight with California liberals.

The #MeToo allegations have removed all complicity on the part of women and the female accusers, so that any such allegation, even if it’s not against a SCOTUS nominee, gets automatically promoted to headline status and really takes precedent over rule of law and common decency. I think that Feinstein’s motivation here is personal, trying to save her own political life, her own political lifetime career in Washington. I’d appreciate your comment. 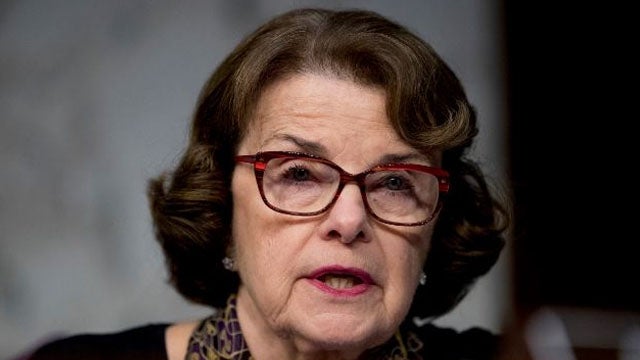 CALLER: Well, yes. She beat him by… She got 2.9 million votes. However, she has been rebuked by her own party earlier this year.

CALLER: Certainly not, but I do believe that it would be within the graces of her own political establishment, her own backyard is necessary for any liberal politician in California.

RUSH: Well, look. I don’t dispute that, that there is a personal benefit to her in California with local politicians, because she had a fairly bitter primary fight against Kevin. His name is Kevin de Leon, but he had it changed to Kevin de Leon to sound, you know, more worldly out there. And he got close, and she was ripped to shreds during the Democrat Party convention out in California, but she prevailed and she’s gonna have her six-year term. 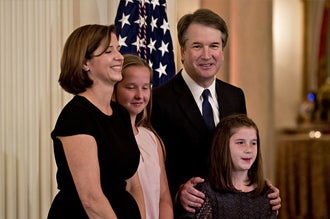 I think this is what it is. I think if there’s that benefit to her, it’s secondary. I think it’s the primary reason she’s doing this. It may be equal. It may be a twofer for her. But, every bit as much of this is about derailing a Trump nominee, keeping a conservative jurist off the Supreme Court because they think they’re gonna win the Senate!

And so if that’s the case, why let Trump have this nominee? Why in the world let Trump stack the court? This would make the court 5-4 conservative and he’s not a moderate, he’s replacing Kennedy, who was. This guy, Kavanaugh, is Scalia. He’s Gorsuch. My only point is, folks, that the Democrats, in order to do this, Dianne Feinstein, in order to do this, they have to personally destroy. They’ve lost the ability to defeat him. They could not stop him in the confirmation battle.