RUSH: It’s Thursday night on the RT Network. That’s a Russian television network. It’s an international TV network funded by the Soviets, the Russians, and they had an interview with Larry King. And he’s speaking with somebody in Chattanooga about… Let’s see… Oh, it’s Larry King’s show! I take it back. Larry King has a show on the Russian TV network. That’s what it is. Larry King is talking to a radio host from Chattanooga about conservative claims of bias at Facebook and Google. 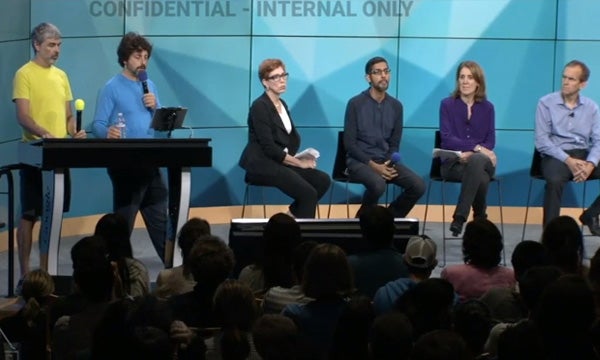 By the way, speaking of which, have you heard the latest outrage about Google? Google, in order to do business in China, had to accede to ChiCom demands — and they did. And one of the things Google did is they built a prototype of the search engine, the Google search engine that will be used in China. They built a prototype for the ChiCom government that links every user’s searches to their personal phone number so the ChiCom government will be able to know who everybody in China is by virtue of their phone number and what they are searching.

Google, in order to do business in China, had to agree to this. The ChiCom government can now monitor people’s search querys and will have their phone number as a means of either reaching or intimidating or just identifying them — and Google didn’t think twice. “Okay, fine. Is that what you want? We’ll do it.” Now, if they’re willing to stand up in partnership with a pure totalitarian, communist regime like the ChiComs, why wouldn’t they if one were elected here?

If a Democrat someday is elected and wants this exact kind of data from everybody using Google search, you think Google would do it for a fellow Democrat president? They’re showing they’ll do it for the ChiComs, and they’ll do it ’cause that’s what they have to do to be in business in China. So, anyway, there’s legitimate outrage amongst conservatives at the bias. Did you hear Jack Dorsey? Did you hear Jack Dorsey, the founder, the CEO of Twitter, did you hear what he said about Twitter last week? He said that conservatives employed at Twitter literally feel unsafe to express their views at work for fear of what will be done to them by liberal employees.

The Twitter CEO admitted this! He was on the Recode Decode blog, which is part of the Vox empire. It used to be part of the Wall Street Journal. He admitted it! Conservative employees at Twitter do not feel safe expressing their political opinions at work. So, anyway, Larry King with his show on the Russian television network is asking a Chattanooga radio host about conservative claims of bias at Facebook and Google. Larry King said, “Now, reportedly Attorney General Sessions is exploring a potential investigation of social media companies because of bias against conservatives. What do you make about that?”

BRIAN JOYCE: Up until the late 1980s, we had a law on the books in the United States called the Fairness Doctrine. And by law, that required radio stations, TV stations to be fair and balanced. Well, it was Republicans — not Democrats, Republicans — did away with that law. So I find it ironic that 30 years later they’re complaining about bias and Facebook and bias with Google. Look. If we want to solve that problem, bring back the Fairness Doctrine, apply it to all media, including social media. But short of that, suck it up! I mean, you reap what you sow. If Facebook and Google are biased against Republicans, well, guess what? Fox News is biased against Democrats. Rush Limbaugh is biased against Democrats.

RUSH: (chuckles) Okay. The Fairness Doctrine. It is clear that many people talk about it don’t really know what it was or what it. By the way, here’s Larry’s reaction to that. It’s only eight seconds, but we’ll get it in. 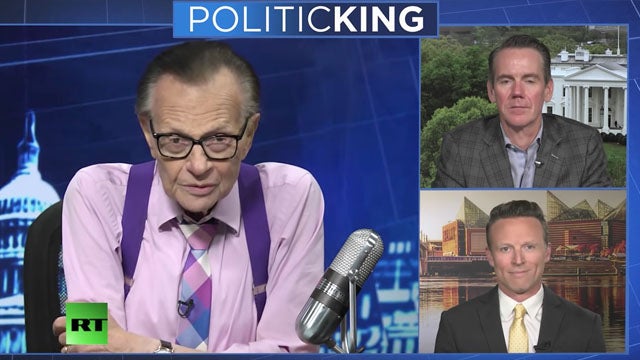 KING: I know. I lived with the Fairness Doctrine for a lot of years, and I’ll tell you it worked. We gave equal… What was wrong with giving equal time?

The Fairness Doctrine was in place when this show actually started in Sacramento on KFBK, and it was the same show then as it now. There is no “bias” here. Bias is when you hide what you’re trying to persuade. We don’t make any pretenses here about the fact that I’m conservative and believe in that. I don’t try to hide the fact that I think liberalism sucks and is dangerous and destructive. There’s no bias. There’s no attempt to fool anybody here.

This program is the epitome of up-front honesty. There’s no deceit! There’s no lying! There’s no misdirection! There’s none of this that is commonplace everywhere else in the Drive-By Media. The Fairness Doctrine didn’t say that if I have a 30 minute monologue ripping Democrats that I have to bring Democrats in for 30 minutes and let ’em react to it. That’s the equal-time doctrine. It’s for media in politics.

The Fairness Doctrine had nothing to do with that. The reason it was lifted is because was it ambiguous, difficult to enforce. It was all about balance, and radio stations have to balance to get their license approved. The way radio stations… Say I have my show on every day three hours a week. It doesn’t mean that it has to be followed by three hours of commie bastards saying whatever they’re say. It just says that some time, it does.

Look at us. We’re the Excellence in Broadcasting Network, and we don’t have another show. Are we in violation of the Fairness Doctrine? No, because it’s not in place now. We wouldn’t be anyway because we’re not a radio station license holder. But a station carries this show for three hours a day, which is 15 hours a week. It just means that at some point they have to carry some liberal programming or some opposition programming whenever. It doesn’t have to be right after. It doesn’t have to be the same time. 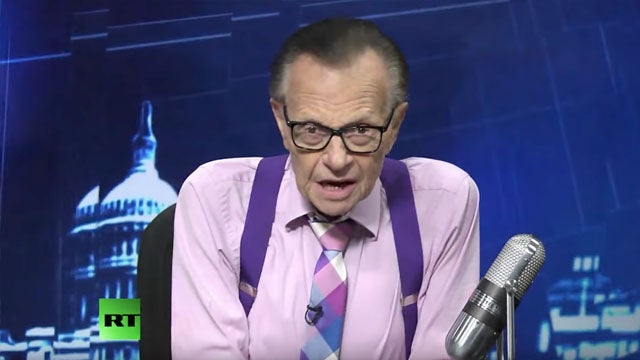 It doesn’t have to be measured in that kind of way. It just was nebulous, and that’s why it was lifted. As I say, I worked under it for three years in Sacramento, and it did not impair me in the slightest. One-day some NAALCP leader wanted to come in and complain about something eyed said. I said, “Come on in, man. Liberals are afraid to talk to me anyway. Come on in.” He spent 30 minutes talking about Senegal and how much he loves Senegal and we have so much to learn from Senegal, and I tried to make it interesting.

I did my best to make it interesting. But the Fairness Doctrine’s not a suicide pact, and that’s how they want to use it. They want to employ the Fairness Doctrine to basically muzzle people. It’s typical of the left. They cannot deal with us intellectually, and they cannot deal with us politically, so they set out to destroy us. Whether it’s Kavanaugh, whether it’s Clarence Thomas, whether it was Romney, whether it’s Trump, it doesn’t matter. We do not try to destroy anybody. That’s not the objective.

We get our jollies defeating them. We get our jollies educating people to who they really are, people on the left. But destroying people? Destroying their livelihoods, their reputations, ruining them? That’s something exclusively owned and operated by them. I keep waiting for the American people to figure it out. “How could at any time be more obvious?” But then I have to stop and pinch myself. The media. The media is not reporting this Kavanaugh thing in any way factually, fairly — and if people only watch the media, they’re not gonna learn half of the story here. (chuckles) I had other sound bites I wanted to play but Larry King got me all worked up again about what he doesn’t know about broadcasting.