RUSH: We have Faith from Fort Leonard Wood, Missouri, with us. Great to have you up first today. So, welcome.

CALLER: Very nervous. Always wanted to talk to you. So, I was calling in because this whole thing really has me so up in arms because it’s a mockery of all women, Number one, —

CALLER: — that have been raped. Well, if they have been raped, they should be listened to. And when there’s any doubt cast upon it, it’s just making those women look silly. Well, I mean the women like this person accusing Kavanaugh. So people tend to doubt the women who actually have been raped. I mean, that’s been happening always. But —

CALLER: No, I don’t. No. I do not think that’s what’s happening. I think this is very political. You can listen to it and watch it and you’re my favorite person; so you tell me… You know, I listen to you and mostly always believe everything or agree with most of what you say. But I’m looking at this… So I come to my own conclusions, though. I’m looking at this, and there’s… How many women, speaking from a women’s point of view, have went to a party when they’re young and had a drink, even though Mom said don’t drink?

RUSH: Oh, I was just thinking about this. How many of you went to parties, spin the bottle, and you won spin the bottle and the girl wouldn’t kiss you because she said you slobber, and, you know, and that hurt —

RUSH: I mean all this stuff —

CALLER: Or did they kiss you and then you slandered their name ‘cause —

RUSH: Everybody was a teenager! I’ll tell you this. I probably… This is gonna come back and haunt me, but I’ll tell you this. Anybody who ever came to a high school party at my house better not ever be nominated to be a judge anywhere, ’cause all kinds of this stuff… I mean teenagers are teenagers, and women… The thing about this, the thing that gets me is that in this era of feminism, the left still wants to portray women as helpless, besieged victims of predatory men. I would say feminism has totally bombed out in whatever its objective was, because now the #MeToo movement is predicated on the fact that whenever a woman says this happened, by golly, by gosh, it did! And you have to accept it, and you…

Now, in that sense, maybe feminism can claim a couple of scalps and some success.

RUSH: Ashley in West Palm Beach. Great to have you with us. Glad you waited. 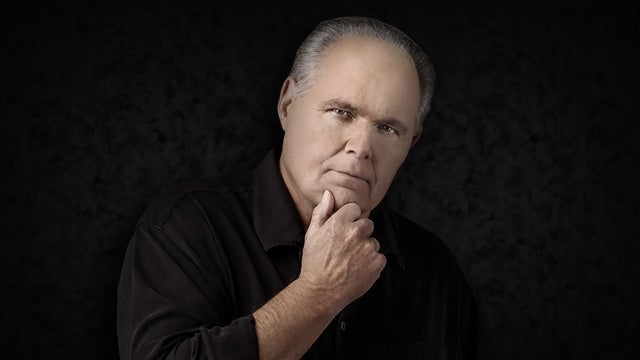 CALLER: Okay. I have a question to the feminazis that are out there. I would like them to answer to me and other women who may have been victims of anything related to this. What kind of damage are you doing to the American women in general by bringing up an accusation that you cannot prove that is most likely completely bogus? The American people can smell BS a mile away. They’re a good-natured and fair-minded people, and this smells to the high heavens, first of all.

And second of all, it is a huge disservice to actual victims. They won’t ever be believed, and this will go on and on and on, unless this congressional Senate puts a stop to it. I agree with you that they need to vote on Thursday, and I would bet… I don’t have a lot of money, but I would bet this woman will not show up because the world is watching, and she’s weighing her options, trying to figure out how she can come across as believable when she’s probably lying. And the actual people in this country who will never come forward with their stories are being done a great disservice by someone like Dianne Feinstein and the entire Democratic Party. And I’m infuriated.

RUSH: You’re right. And, by the way, this is not the first time. There have been similar examples involving race. This one happens to involve sex. But there have been numerous efforts the Democrats have made which have actually resulted in real victims not being believed when they’ve come forward because of the circus that attached itself to something that was bogus like this. So you really…? You don’t believe this woman?

CALLER: Not at all. I am a woman, and I did have a similar experience to her allegation in high school. And being that I was somewhat drunk as a teen and I shouldn’t have been, I don’t actually have a very good memory. But I am the exception, not the rule. And I have… I can’t believe this woman based on her background… But you have to put into perspective that she does (unintelligible). She is an activist.

You have to put all that in perspective. You have to put in the fact that Dianne Feinstein knew about this apparently six weeks ago and didn’t say anything. In closed sessions, she didn’t say anything. They are using this because they will use anything, they will do anything to destroy anyone that Trump puts forward. If they get rid of Kavanaugh, he puts up somebody else.

RUSH: I think they’re running the risk of a backfire in terms of getting out the vote. If you’re right, you said the average American is repulsed by this and can see what’s going on. If you’re right about that, then this is not good for the Democrats and their midterm desires and expectations. Look, Ashley, great call. I’m glad you made it through.