RUSH: David in Colleyville, Texas. Great to have you, sir. Welcome to the EIB Network.

CALLER: Thank you, sir. I’m just calling about Brett Kavanaugh. I used to work for him at the White House and something you said just about how this pains you. This is just… There’s a lot of bad things that happen in politics. You know the National Guard documents. There’s a lot of things that have really upset me, but this one has just really hit hard. This is a good man. You know, he’s… Well I tell people, he’s one of those people that you just hope you’ll come across once in your life and you hope some part of them will rub off on you and just so much of what I know about being a professional, balancing work and life, treating people of all levels with respect, I learned from him. And he’s just a good, decent person. And –

RUSH: If you knew him in the White House that means that was when he was staff secretary? 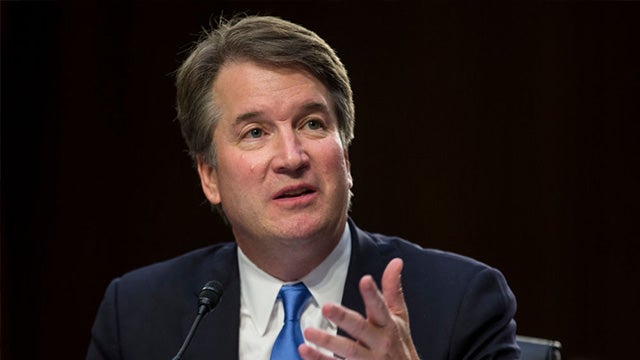 CALLER: Yes, sir. It was long hours, and it was stressful, but he… You know, and there were stressful days, but he never failed to just, even when no one was watching, just do the right thing, treat anyone with respect. You just always knew he would do the right thing. And I can just tell you, you’re not out on a limb by defending him. I just appreciate you being bold. I don’t think we have to grant that there’s any merit to this. I just believe that they’re bearing false witness. I think this is totally wrong. It offends my sense of justice. And this is just a good man. And I just don’t think he should have to go through this.

RUSH: I don’t either. There’s not a shred of evidence of this kind of behavior or even allegation at any time, at any stage of his life. Not anything even close! The fact that they have to go back to high school where everybody was at one time immature and was playing around with alcohol and having a beer here or there when they were not old enough to be able to metabolize it and stay sober.

RUSH: We’ve all done this! It’s all part of growing up! And to now claim that an incident that the victim claims to not even be able to remember enough significant details can derail not just a nomination to the Supreme Court, but a life and a career. It’s obscene. It is absurd. And all it takes is a single letter to a United States Senator to get this done. You’re absolutely right. This is injustice on steroids.

CALLER: It is. They’re libeling the man. You know, it just relates to… We just so happen to be in the #MeToo era and now they’re claiming he’s a #MeToo guy. I mean, just because there’s a lot of examples of people out there doing bad things doesn’t mean that he has. They’ve got nothing on him. He’s a tour de force. This is just totally unjust and a lot of us who worked with him are just kind of texting each other saying what can we do. And I just thought, I’m just gonna pick up the phone and I just want to thank you for supporting him and I just want to encourage everyone out there to be upset about this because this is just totally, totally wrong.

RUSH: Well, while I’ve got you, I’ve got one minute… What do you think of this circus that they’ve scheduled in the Senate for Monday? I mean, how can that possibly become anything but a circus?

CALLER: I don’t see how it can be anything other than a circus. I mean, some of the original hearing was a circus, you know, and he was… I couldn’t believe how… I can because I’ve seen it, but 13, 14 hours into each day, you know, he literally is citing footnote nine of the Chevron decision, you know, at the end of the third day of the hearing without even looking down. I mean the guy is incredible. And now they’re gonna trot him there on Monday, maybe she’ll show up, maybe she won’t, and he’s gonna have to… It’s indignity, to have to sit there and say —

RUSH: It’s total indignity. That’s the word for this. It is indignity. It is undignified for practically everybody involved. He’s willing, however, to go through it in order to see all of this through. Look, I appreciate the call, David. Thank you.