Ford’s Friend: Everyone Got Molested — But Not by Kavanaugh

RUSH: Grab sound bite No. 22. This is what I saw. I wasn’t able to hear any of it because it was happening while I was on the program. But they’re bringing out friends now of the accuser, Christine Blasey Ford, and CNN just had one of them up there. This woman’s name is Samantha Guerry (spelled G-u-e-r-r-y), an ex-classmate of Dr. Ford. Jim Acosta is Acosta-ing her in this particular appearance.

He said, “What Dr. Ford is alleging, is this the first time you heard anything like that about Judge Kavanaugh?” 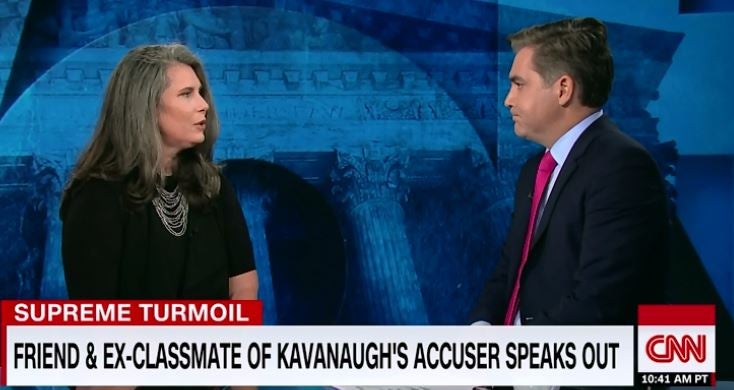 GUERRY: It’s not the first time I’ve heard anything like that in terms of the community of women I know, and not regarding him but —

ACOSTA: Those sorts of things went on?

GUERRY: A lot… You know, one of the things that’s surprising to me as I’ve gotten involved in this in the last couple days is how many women of my class have come forward to me in this last few days and said, “I had similar experiences in high school,” and this hits me very deeply and it’s very —

ACOSTA: Not with Brett Kavanaugh, but with other boys?

GUERRY: Not with Brett Kavanaugh! But with other boys in our community, and we all feel that if we were in her shoes, we’d want (chuckles) to be taken seriously as well.

RUSH: Not Brett Kavanaugh! But now a bunch of other nameless guys are on the verge of being dragged through the mud here. But not Brett Kavanaugh. This again is Samantha Guerry being interviewed on CNN. “Well, it’s not the first time I’ve heard anything like that in terms of the community of women that I know. Not regarding him, but — A lot… You know, those things went on and one of the things that’s been surprising to me as I’ve gotten involved in this is how many women of my class have come forward to me in this last few days and said, ‘I had similar experiences in high school.'”

All right. You know, this one-way street business has gotta stop. Can I ask you guys a question? I’m not gonna get any answers. I’m not asking for phone calls. Well, if you want to call, you could try. I want to know something. You guys, all of you at some point — except you reprobates and dropouts. Everybody was in high school. I just want to ask: How many of you guys at a party or at any other time minding your own business found a girl’s hand in your crotch? 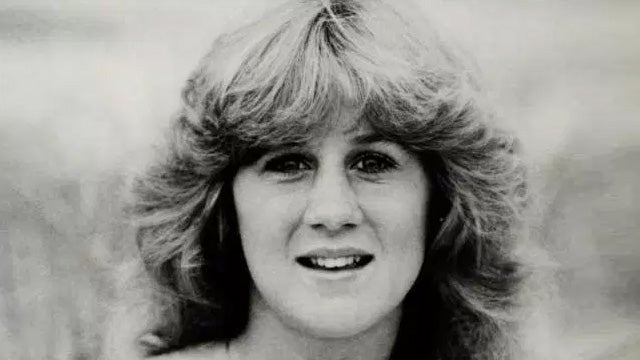 How often did that happen? Once, twice? Did it? How often did you find yourself minding your own business and some girl comes sidling up to you and starts behaving in ways that made you feel uncomfortable? I’m seeing a lot of hands shoot up out there. And I would love to tell you the difference but not in this day and era. (chuckles) Dawn’s in there… (interruption) What are you shaking your head for? (interruption) You don’t think that’s very prevalent?

You don’t think that’s very prevalent? You don’t think targeting junk and going for it is very prevalent in high school? Okay. All right. That just means you didn’t. But I’m just asking. You know, this one-way street business out here. Now we’ve got Samantha Guerry, who is saying, “Well, you know, one thing that’s been surprising to me as I’ve gotten involved in this in the community is how many women of my class have come forward to me and said, ‘I had similar experiences,’ and this hit me very deeply. 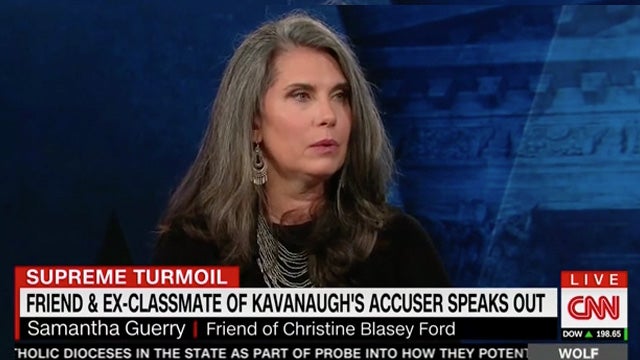 But she didn’t, did she?

She makes a point here.

She wants to be perfectly clear she didn’t know a thing about Brett Kavanaugh even when she’s describing what this stuff that happened was, “Not Brett Kavanaugh. Not him.”