RUSH: President Trump is doing a bang-up job on the recovery from Hurricane Florence in North Carolina. I meant to tell you, he’s there right now. He had an all-points meeting today with local and state officials about the plan going forward to facilitate all of the combined efforts of state, local and federal to bring this part of the country back. 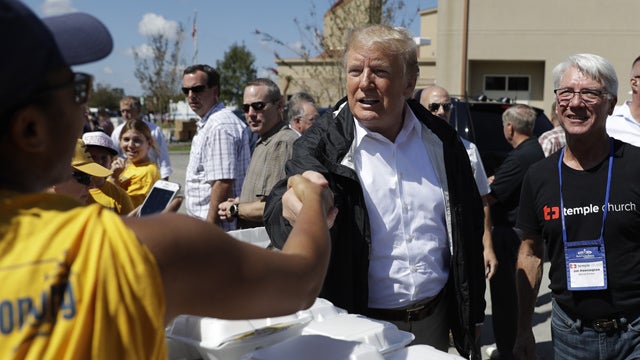 Senator Richard Burr, who’s chairman of the Senate Intelligence Committee, is from North Carolina, and he just said in 25 years of dealing with disasters in North Carolina, he has never seen the preparation, the coordination, the collaboration of state and local governments with the federal government prior to an event in any way approaching this. This is so far and away much better coordinated. The prep is much better.

The work on the ground already began before the storm hit. People are in place now ready to get in gear. Trump is standing… Well, he was moments ago. He’s at a distribution aid center, and people are driving through in their vehicles and picking up aid. People are passing things to them over the open windows of their cars, and Trump’s standing right there greeting people as they drive through, and he’s chatting with them. These are people who have lost everything, and they’ve got smiles on their faces, and Donald Trump’s chatting ’em up, and they appear to be very happy.

And I will wager that those pictures have the left in a tizzy. Those pictures are destroying the left even more. They’re expecting and hoping through these people would be throwing things at Trump and flipping Trump the middle finger, the famous flying fickle finger middle bird there, and they’re hoping that they would be cursing Trump. But instead, they’re enjoying the chance to chat with Trump. He’s smiling and they’re smiling and they’re getting aid as they drive through. 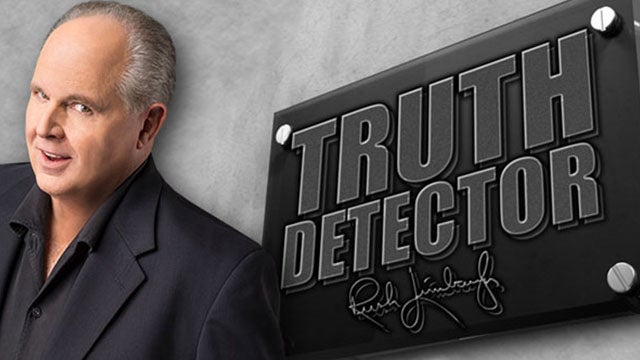 It’s obvious that they believe he really cares about their plight because he’s standing there and talking to them. How many of you…? Just to illustrate a point here, how many of you have heard any ongoing complaints, stories of woe out of Houston after the hurricane there, Hurricane Harvey? No one mentions that storm anymore. Nobody mentions that storm ever anymore — and believe me, if fault could be found, they would find it because the Drive-Bys have been looking for Trump’s Katrina with every storm that’s come along, including Hurricane Florence.

But the federal government and Trump — coordinating with state and local people in Texas and in Houston — did a great job down there, not to mention J.J. Watt’s campaign that raised $35 million, defensive end, pass-rushing specialist for the Houston Texans. So Trump is now in North Carolina, South Carolina doing another great job. There is not a whisper of negatives regarding his administration’s efforts on the behalf of people hurt by the weather. Trump is a natural leader. He shows it in the midst of crisis.

You know, he’s gotta deal with local and state officials as best he can. They’re working as hard as they can to get relief aid and, of course, actual insurance-type cash payments to people. I really think that Trump’s natural ability, his proclivity, tendency to handle this with aplomb, with confidence, is just another reason the leftists are so crazed.