RUSH: Monday Night Football. I tuned in to watch it just not during the anthem. It was after the game had started. In fact, it was probably 45 minutes, an hour after it, and I just remembered, “Oh, my gosh, there’s a Monday night game on! It’s football season.” Normally I’d have been in there (chuckles) watching the pregame show and getting into it and so forth. But when the anthem stuff started last year, it just… As I said then, a wave of sadness swept over me that the left’s got its hooks into this now, and they’re gonna corrupt it, and football isn’t ever gonna be what it once was.

It’s certainly not gonna be an escape from anything. It’s gonna lose what is the most precious thing about sports. You know what that is? The most precious thing about sports is that it used to be the one thing in life that you could invest total passion in without consequence. As we grow older and mature and have things happen to us, sometimes they hurt us, our guard goes up, oftentimes people shrink into themselves, and they are less outward, forthcoming, and honest about who they are because they are afraid of being cut down to size, chopped down, disrespected, laughed at, whatever. 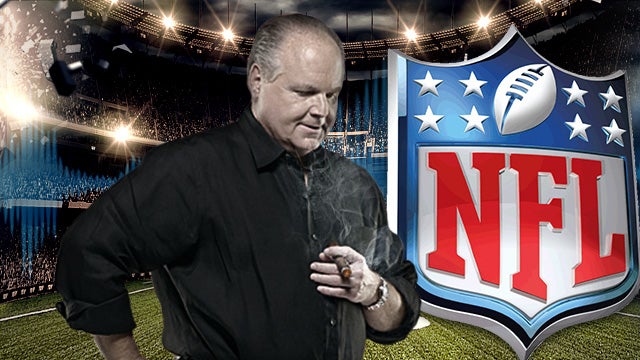 It’s a common human trait. I wish it weren’t as common as it is, but it is. So people retreat within themselves. They do not reveal themselves for fear somebody’s not gonna like it, somebody’s gonna laugh at ’em or insult them or somebody they really love is gonna reject ’em; so they… But with sports you don’t have to worry about all that. You could root for your team like a banshee. You didn’t have to hide anything about your fandom for your team. Basketball, football, you name it. And that’s what’s gone.

That’s what’s been taken away from football because it’s been replaced now as just the latest enterprise in the American culture that is being used to advance the Democrat Party’s political agenda, or the leftist socialist agenda. And who wants to participate in that? I mean, even if you’re a leftist, socialist but you happen to like football — well, there might be some of those. It’s just gone. So I don’t religiously tune in anymore, and I certainly don’t watch it the same way that I did. But I did see it on Monday night when I remembered there was a game on.

I just can’t tell you, but watching it was the Bears and the Seahawks… Nothing against either team here. I’ll just tell you when I was sitting there watching it, I got the feeling that nobody was watching this. Don’t know why. Just an instinct. When I tuned in, Seahawks had the ball and Russell Wilson, the quarterback, was having trouble. But I didn’t hear a lot of crowd noise, I didn’t hear a lot of excitement, I didn’t see a lot of excitement. I stuck with it 10 or 20 minutes, in and out. But I just had this gnawing suspicion.

Here it is Monday night, this is ESPN — which has already shed so many subscribers because they have allowed liberalism to corrupt their operation. So I’m thinking nobody’s watching this. Lo and behold, according to Sports Business Daily: “The Bears’ 24-7 win over, 1997, flopped to an 8.2 in the overnight ratings. That makes Monday night’s game the lowest rated Week 2 game since the previous low in 2016 when the repairs faced the Philadelphia Eagles.” Now, ratings for Thursday and Sunday for Week 1 were also down, but last week’s Monday nighter, which was the Raiders and… Mental block. See?

Normally I would know. It did okay. Now, these are numbers that are still winning the night, but they’re way, way, way down. The Emmys turned in a 7.4. I mean, 70-year-old awards show, they’ve never had ratings this low for the Emmys, a 7.4 overnight rating. So it’s just bad out there. And in the midst of all this, Eric Dickerson last week restless a statement saying the NFL has forgotten the Hall of Fame players. The NFL owes Hall of Fame players. Eric Dickerson says the NFL should pay every NFL Hall of Famer $300,000 a year as an annual salary and free health care. 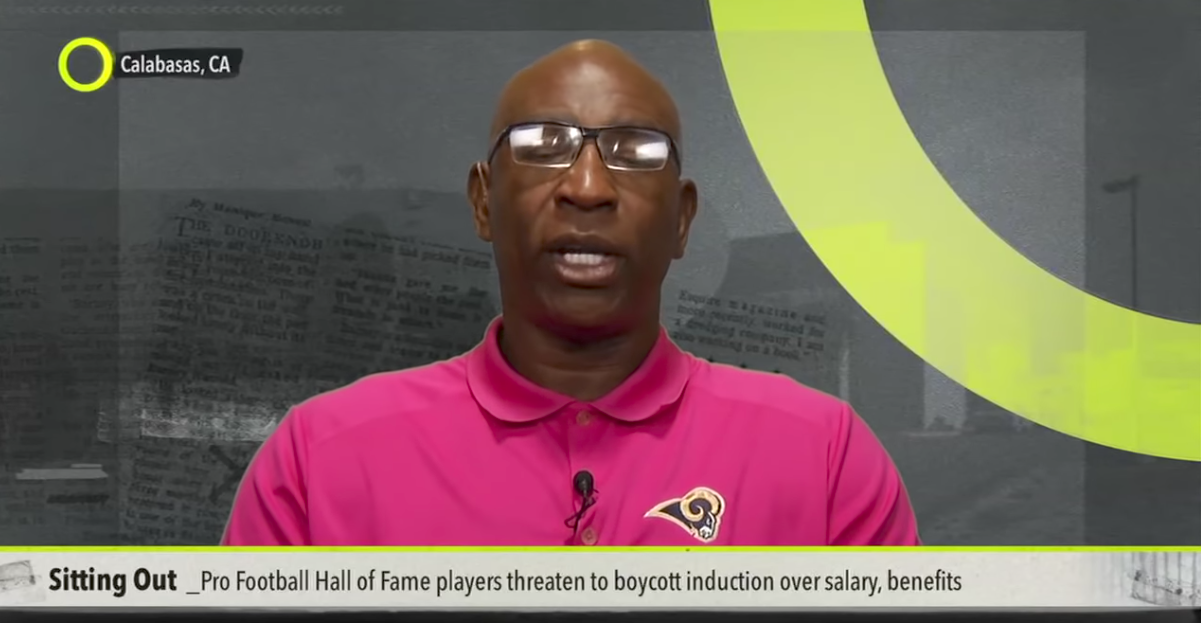 Now, when he originally proposed it, he didn’t mention a salary, just said the NFL ought to pay these guys — us. He is a Hall of Famer. He says, “If was it up to me, I think every Hall of Famer would get $300,000 a year. That would, I think, be a proper number.” Now, the way he’s calculated it is that that $300,000-a-year salary for every NFL player would be the equivalent of the NFL giving up 70 cents out of what?

It’s 70 cents out of every $100 that they make or every thousand dollars, I forget which. It’s minimal. It wouldn’t cost ’em anything to do this, he’s saying, and he put out a bunch of signatories to the letter, and it turn the out that he put a couple of players on there as signatories who had not granted him permission to do so. One was Kurt Warner and I forget who the other one was. But it’s just more discord that seems to be popping up.