RUSH: This story from BloombergQuint.com. That’s a Bloomberg derivative. Are you ready for this headline?

“Millennials Are Causing the U.S. Divorce Rate to Plummet.” This is not good. The divorce rate plummeting, according to this piece, is the latest evidence of inequality in America. (interruption) No, no, no. Here’s the last sentence. Let me read it to you: “Fewer divorces, therefore, aren’t only bad news for matrimonial lawyers but a sign of America’s widening chasm of inequality. Marriage is becoming a more durable, but far more exclusive, institution.” 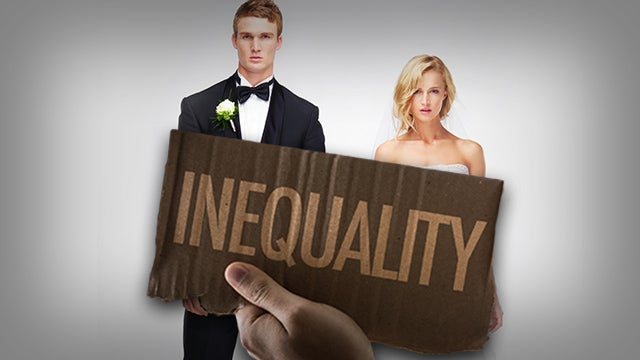 People that get married and don’t get divorced have an unfair advantage over people that do get divorced, and it’s not fair, it’s unequal, and it’s a very, very bad trend. So, just like every variance in the weather is blamed on nonexistent, man-made global warming or climate change, the leftist Drive-Bys are now blaming all things socially on inequality. “Americans under the age of 45 have found a novel way to rebel against their elders: They’re staying married.”

By the way, a little side note to this story is that the children of divorced parents stay married. This is the result of surveys and statistics. It’s not every one. But the vast majority of kids from broken homes or divorced homes, when they get married, they stay married. “New data show that younger couples are approaching relationships very differently from baby boomers, who married young, divorced, remarried and so on.

“Generation X and especially Millennials are being pickier about who they marry, tying the knot at older ages when education, careers and finances are on track,” as opposed to before so. “The result is a U.S. divorce rate that dropped 18% from 2008 to 2016, according to an analysis by University of Maryland sociology professor Philip Cohen. Demographers already knew the divorce rate was falling, even if the average American didn’t. Their question, however, was why” was the divorce rate falling?

Now, we all know that sociology and social sciences teaches just the exact opposite. Society is much better off with a low divorce rate as opposed to high. But, see, that leads to too much inequality and injustice. “One theory is that divorce rates are falling largely because of other demographic changes — especially an aging population. Older people are less likely to get divorced, so maybe mellowing boomers were enough to explain the trend.

“Cohen’s analysis of U.S. Census Bureau survey data, however, suggests something more fundamental is at work. Even when he controls for factors such as age, the divorce rate over the same period still dropped 8%. One of the reasons for the decline is that the married population is getting older, more highly educated. More poorer and less educated Americans are opting not to get married at all. They’re living together and often raising kids together but deciding not to tie the knot. 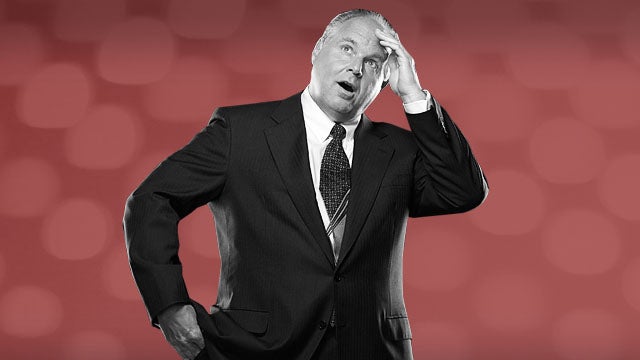 “And studies have shown these cohabitating relationships are less stable than they used to be. Fewer divorces, therefore, are not only bad news for matrimonial lawyers, but a sign of America’s widening chasm of inequality. Marriage is becoming a more durable but far more exclusive institution.” Now, who but deranged people would look at it this way? The divorce rate plummeting is bad news for America because it’s a sign of even greater inequality, a sign of a greater division!

(sputtering) How anybody thinks like this… You have to work to be this illogical. I don’t know where this kind of thing comes from, that a plummeting divorce rate is a bad sign for America in the left’s crazy world of inequality and social justice and their quest to make everybody the same. So that’s just an example of the… Folks, that is not… That kind of analysis — and this is a sociology professor at the University of Maryland. This is not stable. That kind of thinking is not… It’s just not normal. Yet there it is, and it’s out there, and it’s be widely reported by the Drive-By Media, probably applauded and supported by others.