The National Geographic Channel on Your Beloved Host

RUSH: Okay. Quickly grab sound bite No. 1. I’ve alluded to this. I’ve gotta let you hear part of this. This is just some of it. It was last night, National Geographic Channel. They did a show on the ’90s focusing on how I, your beloved host, changed politics forever. And in their view, not in a good way.

NARRATOR: Before 1987, the Fairness Doctrine required broadcasters to give airtime to opposing viewpoints. Not anymore.

KURT ANDERSEN: Government published it, ah, equal time, ah, Fairness Doctrine, ah, forget that. We’ll get rid of that. And so you had this incredible rise of right-wing talk radio. 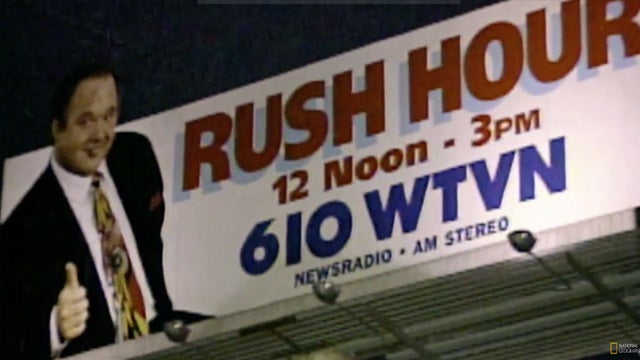 NARRATOR: And one voice rules the airwaves…

RUSH: Greetings to you, conservationists all across the fruited plain, and welcome to the award-winning, thrill-packed, ever-exciting, increasingly popular, growing-by-leaps-and-bounds, Rush Limbaugh program.

CHARLES PIERCE: Once the Fairness Doctrine was eliminated, once the barrier broke down, you could drive from Cape Hatteras, North Carolina, to Santa Barbara, California, and hear nothing but Rush Limbaugh.

RUSH: Yeah, and that just happened, right? Yeah, you people, after 30 years you can’t get this… You don’t even know what equal time and Fairness Doctrines are. Equal time is still out there when it comes to politics and campaigns and so forth. It’s not been lifted. So, it just magically happened that I’m on every radio station from New York to Santa Barbara.

There was no effort. There was no work. There was no achievement necessary. We didn’t have to win ratings battles. No, no! It just happened! What a crock. There’s more to this. Perhaps we should reserve time tomorrow. Let’s see. Yeah, like there’s two more of these. You know, you can always… Folks, you can tell when the left thinks they’re in trouble.

They do this kind of stuff, and they blame me for arriving and disrupting what they had at the time was a monopoly on the news and on the media. I always looked at this as a… When this stuff kicks up, they think they’re in trouble. They start screaming. (impression) “Not fair! It’s not fair, we owned everything, and this guy came along, Fairness Doctrine. We got screwed.” See? Victimology. It’s not their fault. No. No, they became victimized by this evil talk radio guy.