Ten Gang-Rape Parties and Nobody Said Anything?

RUSH: Swetnick, by the way, claims that she was at these “rape train” parties 10 times. She partied with the group ten times and she also was gang raped, believes that she was given Quaaludes or something similar placed in what she was drinking. Now, she was there, partied it up with this group that was doing this 10 times. After partying with the group 10 times, she was gang raped. Why would you hang around through 10 or nine “rape train” parties? 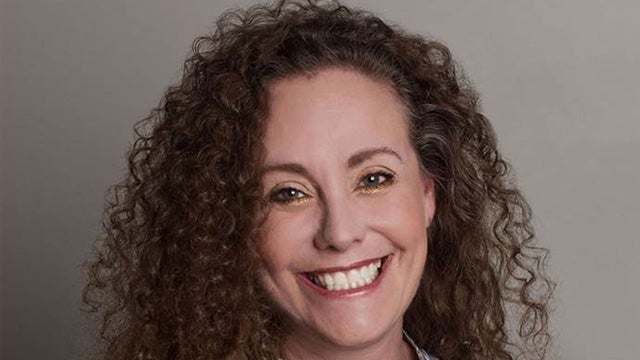 Why would you drink anything when you know that that is the vehicle for…? If any of this is true, why would you consume whatever beverage these evil guys handed you if all the punch…? Why would you drink it if you knew? After going to 10 parties, then you have it happen to you, and still no names of the gang rapists, other than Kavanaugh and Judge. (interruption) If this happened in my high school… (interruption) Well, no, not everybody. The nerds wouldn’t know about it. Nobody would talk to the nerds and tell them.

But everybody at the thing would be talking about it, would be passing notes back and forth. (interruption) Hell, yes, everybody would know about it! The guys would be bragging through their teeth about these parties. Everybody would know! The bookworms wouldn’t know. Nobody’d waste their time telling them. They wouldn’t want them showing up. (interruption) Well, you asked. Ed in Orange County, California. Welcome. It’s great to have you on the EIB Network. Hi.

CALLER: Hello, Rush. Thank you for allowing me to be on your show today.

CALLER: A friend of mine put it best: The Democrats have jumped the shark. I say the Democrats have started their Tet Offensive. When I was in high school a young lady was involved in a horrible situation like the one described in today’s affidavit by the porn lawyer. Within days, the whole school and the neighboring school knew the story. The police were involved. Families were mad. My football team had a special meeting asking for details. The school talked about it all year. According to today’s affidavit, she attended many parties like this, as you mentioned. Does anyone really believe that six FBI background investigations would not have heard of one party like this?

RUSH: Well, you know, that’s what I asked. How does all of this escape anybody else knowing about it? Parents? Teachers? Other students who disapprove of it? (sigh) You know, when I was in junior high school, just to try to relate something here… (chuckles) Maybe the most crazy thing I can remember that I didn’t do in junior high school, is the principal called an assembly toward the end of the day, and nobody knew what for.

It was an attempted lecture on the dangers of indiscriminate sex. We’re junior high school students! Now, that was middle school. We were eighth or ninth grade, whatever it was, and when the principal got… (sigh) It was graphic, folks. Okay. Again, I gotta do the countdown, five… four… three… two… one. If you have your young children with you and don’t have to explain certain terms here, then please. But I’ve gotta tell this because it’s got a point to it. This is almost…

I mean, if you’ve got “rape trains” going on in your high school, everybody in the world would know about it and everybody would be talking about it. So this principal… Are you ready? Five… four… You’ve got three seconds here to turn it off. Thirty seconds is all it’s gonna be. Three… two… one. Ready? When the principal began to explain “blue balls,” the student body started snickering at each other, looking around. He had the wrong definition for it. It was embarrassing.

But the point is, we all went home and told our parents. just that! We all went home and told our parents what had happened, not because we were tattling on the principal. It was just so… It was so outrageous! It was unreal. It was toward the end of the day an assembly for no reason and the guy standing up there and going through all of the horrors that can happen to you and blue balls was one of the things that happened to you if you… He was wrong about it, but the parents were outraged, and this guy didn’t last the week!

He did not last the week. I’m just saying that if “rape trains” had been going on, that’s not the kind of thing that never leaks out. It’s not the kind of thing that leaks out, period! Everybody knows about. You think…? The Democrats have wanted to destroy Kavanaugh not just in this nomination, but when he was nominated for the D.C. Circuit Court of Appeals, and you think this would have come up long before today? But it hasn’t. And again there aren’t enough specifics to corroborate any of this. They don’t want to corroborate any of this.

Talked through another segment where I intended to go to the phones. I did get one call in, but look at what it inspired. So thank you out there, Ed in Orange County.

RUSH: Let me ask you another question. You’re Judge Brett Kavanaugh. You’re sitting on the U.S. Circuit Court of Appeals from the D.C. Circuit, which is the big circuit. That’s the granddaddy. It’s the mac daddy. I’m the mac daddy of talk radio. The D.C. Circuit is the mac daddy of appellate courts. You’re sitting there, and you’ve been confirmed, and there have been six FBI investigations of you, and so far you have kept the “rape train” secret. Nobody has found out what you were doing on the “rape trains.” 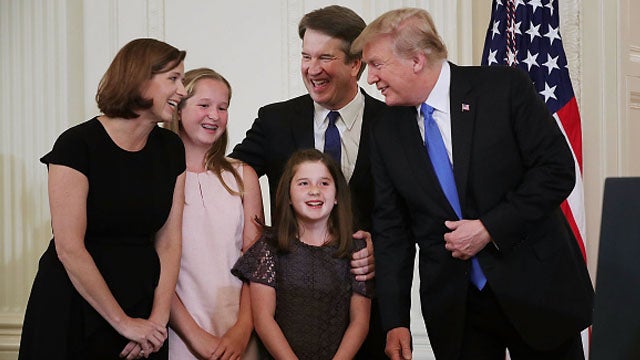 But now, Donaldus Trump calls and nominates you to the U.S. Supreme Court, and you’re starting to think, “Okay. I know how the Democrats play. They’re not gonna want me on this court. They’re gonna do anything. They can’t refute my qualifications. I can run rings around ’em judicially, intellectually, but I remember what they did to Judge Thomas. I don’t know how I’m gonna keep the ‘rape trains’ from ’em. I better not accept the nomination.”

Would you accept the nomination to the Supreme Court if you had a history of spiking punch with drugs and booze for the purposes of preparing women for “rape trains” minimum 10 times where you went to high school in Montgomery County, Maryland? Would you do it? (interruption) You would? There is no… (laughing) Snerdley’s bobbing his ahead. You’re just agreeing with me, I see. There’s no way! If you have this in your background? There’s no way.