CALLER: Thank you, Rush. It’s a pleasure to be here. I wanted to get your thoughts on the ethical issues of the GoFundMe page. If you recall during Dr. Ford’s testimony, the prosecutor asked her how she was paying for the legal feels and her security. She mentioned her GoFundMe page. Those three pages have raised close to a million dollars, and there has to be some kind of ethical issue. You could just accuse somebody without any kind of corroborating evidence and then go public with that and raise, you know, that amount of money is a very, very troubling thought. There’s a lot of weird incentives there for people to make cross accusations if they think they could raise, you know, a lot of money via crowdsourcing.

RUSH: Look, this is a toughie. In a strict capitalist sense, she has identified a market, and that is there are deranged lunatics who want her to be right, who hope she’s telling the truth. They want her to continue to speak intelligently. They want her lawyers to continue to strategize and screw Kavanaugh. They’re happy to pay for it. This is how they can be involved in politics beyond voting! They’re more than happy to pay.

It doesn’t matter to them that she can afford her lawyers herself. It doesn’t matter to them that her lawyers are working pro bono because this is a political case so she’s identified a market. There are people that want to support her with money; so she starts the GoFundMe page. I actually think somebody sent me a note today that GoFundMe is now the new money laundering, essentially money-laundering operation for the Democrats much like the unions were, because where’s a lot of this money gonna go?

A lot of this money is gonna go to these two lawyers who are then gonna be… Well they’re already involved in Democrat Party politics. So it’s a new form of fundraising that’s not called fundraising. This was made to look like people supporting a bedraggled and falsely accused, uh, uh, stressful, uh, really in bad shape woman who can barely, barely get through the hearing. (Impression of Christine Blasey Ford) “Oh, I’m terrified!” They’re happy to help. She’s not the only one using it for this. There’s a lot of Republicans, a lot of people who are using GoFundMe pages to raise money for their legal bills and other expenses. 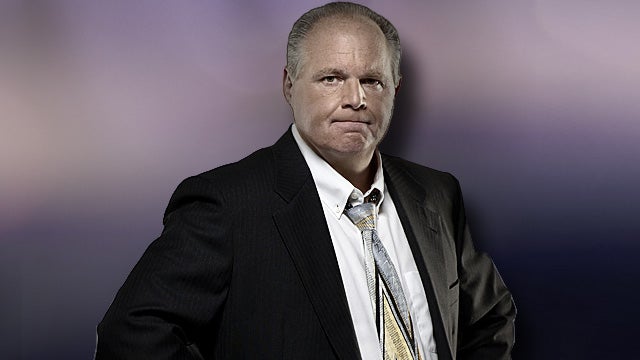 If you can convince the American people to support you, well, I mean, I don’t think there’s anything in media that could be done to stop it, and I don’t think that you can draw any conclusions about her from it in terms of whether she’s being truthful or not. If you wanted to draw a conclusion that the GoFundMe page is a way to get Democrat suckers (i.e., voters) to pay for this so that it doesn’t cost people who already have a lot of money anything, then you could try to make that point, that the Democrats are using these poor people. But, I don’t think you’re gonna be able to find a way to stop this. It’s too widely used.