RUSH: I mentioned that we have a poll here from Mark Penn, and the headline of the piece (it’s an op-ed that he’s written at TheHill.com) is, “Kavanaugh Polling: FBI on the Hot Seat.” The upshot of this is “Americans believe Christine Blasey Ford. And most also believe Brett Kavanaugh. … If the FBI finds no corroboration of the charges,” and there won’t be any corroboration of the charges, unless somebody does what this whole thing has been from the get-go and makes it up. I put nothing past the Democrats. 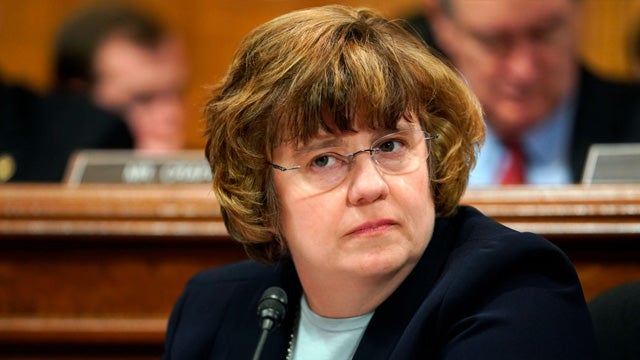 Everything that we saw on Friday was orchestrated. It was the biggest mistake in the world. Maybe it’s Senate tradition; I don’t know. I haven’t seen enough committee hearings. I don’t know if on the day of a committee vote on anything every senator gets to speechify and that that takes four hours. The Judiciary Committee meeting was scheduled for 9:30. Everybody thought that was the vote. But, no, Grassley announced the Democrats wanted to speak, and they did, and they all kept harping on an FBI investigation. It wasn’t fair.

And we know what happened, and at one point Flake disappears. Nobody knows where he went, after he was harassed by a bunch of political activists and a CNN camera in an elevator, the Senate office building. The whole thing was orchestrated and pulled off. And I think the Republicans know all of this. I think the Republicans are not dumb. The Republicans are not blind. They’ve had too many years of watching how the Democrats operate not to know something was coming.

There just wasn’t the will to stop it, ’cause the Republicans need to be seen bending over every which way possible to accommodate the credible testimony of Christine Blasey Ford. It was not credible! It isn’t credible today! How does this work? Any woman comes forth, says anything she wants, it’s automatically credible. The accused, who denies it, is not credible? The fix is in from the get go on all this! She doesn’t know… 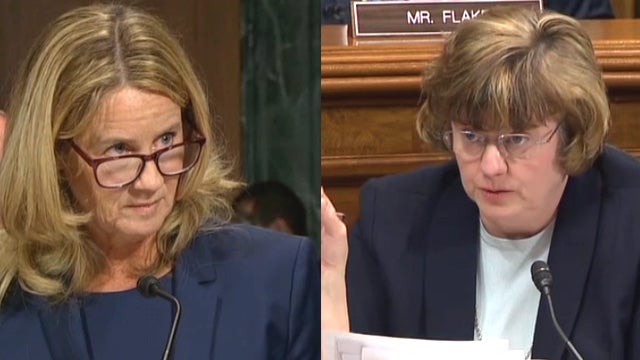 By the way, Rachel Mitchell, the Republican sex crimes prosecutor from Arizona that they hired to question Blasey Ford on Thursday, whenever was it, has put together her review of Christine Blasey Ford and it’s devastating. It is documented devastating. She has no reason to be believed. She can offer no reason. She doesn’t even offer consistency. There’s even a little story that’s developed about her use of Safeway, that she shopped in Safeway a lot, and that was new.

The theory behind that is Mark Judge wrote a book. As part of his therapy for alcohol and drug abuse, he was told to write a book. It was supposed… It was a fictional book. It was an aid, an attempt to help him through his problem. It was not a memoir. In this book, it talks about Safeway a lot, and he works there, did work there. So she automatically places herself at a Safeway where he is! Rachel Mitchell found this highly suspicious and, like much else that she said, impossible to prove. Her report…

I mean, I printed it out. It’s like six pages here. It is devastating: The inconsistencies in her stories, the variables in her story, the fact that none of the stuff that matters can be proven, the fact that the people she said were in the room don’t… The number kept changing from the original letter to subsequent interviews and then to the testimony she had. The idea that she was afraid to fly and yet here she is vacationing all over the world.

None of this was true. So the idea is that… She’s the least credible witness in all of this, and yet there she is automatically said to be credible. Every leftist supposedly reviewing her performance says, “I found her credible.” Based on what? “She was in such pain. She was so, so still shaken by what happened all of those years ago. You could see it.” Yeah, because she really knew how to make it look like that. I don’t think… For me, I don’t think any of this has been genuine. 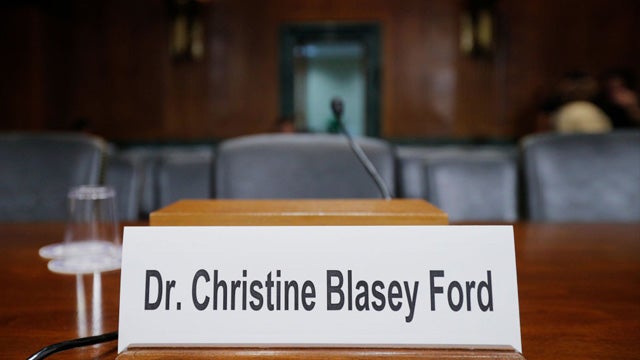 I think it’s all orchestrated. I think a lot of it’s focus grouped. I think it’s scripted, because none of this passes any kind of a smell test. Anyway, back to Mark Penn’s poll, very quickly. “Americans believe Christine Blasey Ford. And most also believe Brett Kavanaugh. … If the FBI finds no corroboration of the charges, 60% believe that Kavanaugh should then be confirmed, according to a weekend Harvard CAPS/Harris poll of 1,330 registered voters. …

“Sixty-six percent of Americans support that decision” to have the FBI investigate, “and that includes 80% of Democrats, 69% of independents but only 45% of Republicans,” who are the smart ones. “Huge numbers in the weekend poll reported seeing parts of it or reading about it, and 40% thought she alone was credible, 23% thought just Kavanaugh was, and 27% said both were believable.” If you combine all of that, “the poll findings indicate that 67% found her credible and 50% found him to be so. …

“But the credibility of their testimony does not appear to be the decisive factor. Rather, the question comes down to corroboration as the standard for tipping public opinion on whether Kavanaugh should ascend to the high court. In terms of the overall needle, after the testimony was heard, 37% say confirm the nomination, 44% say reject it, and 18% remain undecided, with Democrats going one way and Republicans the other. But…”

But! But! But! But! Hang on. Don’t get depressed. “But once the voters are told that the named witnesses deny any knowledge of the allegation, this shifts [from 37%] to 57% who favor confirmation,” meaning the people in this poll do not know, did not know — many of them did not know — that the people she places in the room have denied being there. When the pollsters told them that fact, the numbers of people who thought he should be confirmed jump from 37 to 57%.

“[A]nd that goes up to 60%” in the hypothetical question, “if the FBI [after a week] agrees there is no corroboration” for her story — and they’ve already done that. But now we’ve got Comey entering the picture. Now we got Comey urging the FBI to keep digging — the same FBI that’s been running a silent coup, FBI leaders trying to get rid of Trump.

RUSH: Here’s Christie in Durant, Iowa. Great to have you as we head back to the phones. How are you doing?

CALLER: I’m good. Thank you so much. I’m so excited I get to talk to you.

CALLER: We are being played, Rush. And I don’t know if anybody has brought this up or not, but I’ve been thinking about this forever and ever and I’m so glad I got to ask you about it just in case you have brought it up. But has anybody ever thought that the reason she looked so credible because she was so emotional and, you know, wimping and nearly jumping out of her skin is because she freaking went on national TV? She was convinced to go on national TV to continue a lie that is this horrible? Have you ever had someone lie to you and they’re kind of a little nervous and shaky?

CALLER: So if I went on TV hero for the “They-knew movement,” as Tomi Lahren called it, and they finally get there and you’re like… She’s smart enough to know that all the people she’s looking at know that this is not true.

RUSH: What you are doing is understandable. You’re putting yourself in her position and wondering how you would be. You’d be terrified, you’d be scared to death, and you might betray that. Your voice might be shaky and you might be forgetful and you might be nervous and jittery and so forth. For people untrained in this kind of thing, yeah. But I don’t buy that that’s who she is for a minute.

I think this was rehearsed and scripted. She knew what she was gonna say and so forth. I think it was practiced. (sigh) She’s from Palo Alto. These people are left-wing activists. Now, I don’t want to appear to just out-of-hand reject your theory. I need to ask you a question. Honestly. There’s no wrong answer here. Do not misinterpret any tone in my vice. I’m actually asking you to help me.

RUSH: Was she credible to you because of her demeanor and her voice and her up-speaking technique and her apparent nervousness? Did she come across as credible to you? Believable?

CALLER: No! That’s exactly what I just said. She came across as someone who was sitting in front of a bunch of people telling a lie, and the reason why she was able to be whimpering and shaky and nervous and look like someone who had been raped is because she knew she was lying on national TV.

RUSH: Okay. I heard that. I thought you said the reason she comes across as credible was because people identify with suffering and pain and all that.

CALLER: She’s whimpering and scared out of her mind because of what she’s doing.

CALLER: And she was convinced to do something really stupid.

RUSH: She’d have to have a conscience for that. Do you think leftists…? Leftists can’t survive with consciences. Look, she is willingly — and not just following. She is leading now an effort to destroy, literally destroy another human being, his life’s work, his family, his past, and his future. You gotta have no conscience to be doing that. Her description of what happened to her… Uh. (sigh) Well, I couldn’t do what she’s doing, but not because I’d be nervous.

It’s ’cause I couldn’t live with the guilt. If I were participating in an effort that had an entire political party depending me to pull it off, to destroy another human being, if it weren’t true, I couldn’t do it — and I don’t think they have any problem doing it. I mean, they are trained. They are trained in this kind of political tactic. That’s what being a leftist is.

They are not docile like you and I and living their lives and politics happens to be a part of it. Politics is everything. It is their identity. To come forward with a story like this, to know that you can’t offer corroboration or proof, you’ve gotta be really certain that nothing’s gonna happen to you. You gotta be certain that the party is gonna protect you, that your lawyers are gonna protect you. You’ve gotta be certain that the Republicans aren’t gonna do anything to you, and how do you do that?

You appear to be a woman in distress who has been abused and so forth, and since everybody knows Republicans hate women and have been having a War on Women, you can be the Republicans aren’t gonna did lay a glove on you. They aren’t even gonna try. But at the end of all, what have you done? You’ve destroyed the life, the achievements, the future, and the family of a fellow human being. It’s about time people learned what we’re up against and who these people are. It’s not earning what we’re capable of. It’s admitting is because it’s happening way, way too often!