RUSH: (iPhone beeping) There’s that presidential message. Are your phones…? (interruption) Yeah, I forgot to warn you people about this. At 2:18 today, there’s an emergency warning system test. It just happened. My watch started going crazy. 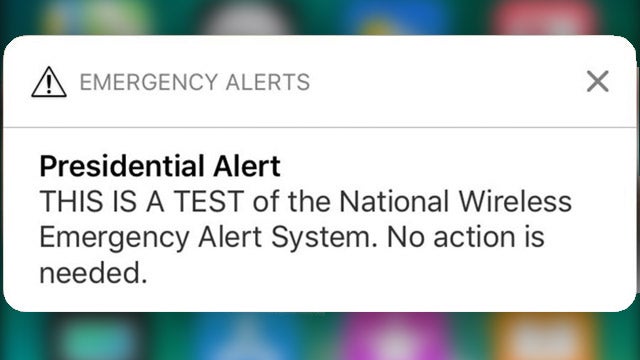 It’s not Trump on the other end of your phone or your device. It’s the federal government.

They’re required to test this once every three years. This is the first test of it, and they test it during my show when they know a majority of Americans are going to be locked onto a device. It makes perfect sense. I just deleted it from my watch. I should have taken a screenshot of it. Let’s see if it’s on this phone here. Hang on just… No. I’ve not lost my place. Yeah! There it is. Get a screenshot here. Let me tap on it and see what happens. “This is a test of the National Wireless Emergency Alert System. No action is needed.”

Sea levels are fine, and climate change remains a myth.