RUSH: Hey, folks, I beg your indulgence here for just a brief moment. I want to talk about my brother’s new book, and, if I don’t make time to do it, there isn’t gonna be a good time. I don’t want to… (sigh) There isn’t gonna be a time to break topic for the next three or four days, and his book just came out, and I want to — if you’ll indulge me — just tell you a little bit about it. It’s called Jesus Is Risen, and it’s about Paul and the early church. And it’s now available anywhere you get books. It’s on Amazon. It’s at Apple, iBooks, Barnes & Noble. There’s an e-book version and all that. 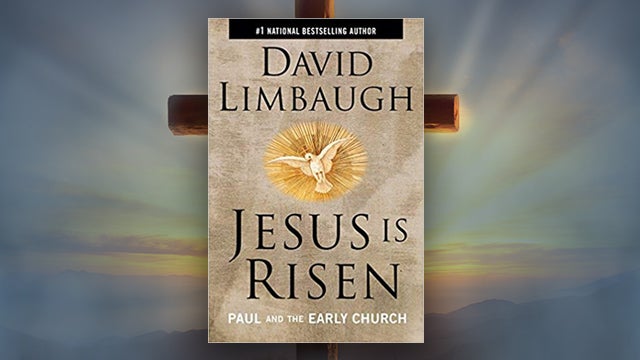 Now, my brother is devout. He is a devout Christian and is an evangelist in the sense that he spreads the Word. He wants everybody to know it, to understand Christianity, and it’d be great in his opinion if everybody accepted it because it would make for a much better culture and society. So what he’s done… He knows the Bible is an intimidating thing to read for people who haven’t read it. There’s the Old Testament and New Testament, and where do you start?

And then which version do you get to even be able to understand what you’re reading? And how do you follow it and so forth? So what he’s done in this book and a couple previous ones is almost like a primer. It is his telling of some of the key elements and stories of the Bible to whet your appetite for it, to make you curious, to get you interested in wanting to read the Bible. Every devout Christian thinks the Bible is the key, and the more people that read it and understand obviously the better.

Now, Christianity was originally confined to a very small circle of people in Jerusalem, and it went from a small, little movement to the world’s most popular religion. And it is a fascinating story how that happened, which he attempts to explain in the book. It’s called Jesus Is Risen, and it’s about the birth of Christianity using the Book of Acts. It’s all in the Book of Acts, folks. I mean, when I say, “It’s all there,” it is. I mean, it’s not a substitute for reading the Bible, but the Book of Acts, it’s all there.

So he uses the Book of Acts, and six New Testament epistles as the introductory guide here to get people who want to read the Bible but are intimidated by it to actually get started doing it. So it’s sort of a primer that when you finish this book and start the Bible, you’ll have a head start, and you’ll be more likely to stay with it. It details the suffering and the sorrow, the joys and the triumphs of the apostles and all of the key figures in Christianity following the death and resurrection and ascension of Jesus Christ.

Which, if the resurrection doesn’t happen, then Christianity doesn’t exist. And that’s one of the toughest things to make people believe. How in the world that…? You can’t physically put your arms around that, resurrection from the dead. But it’s a key element of Christianity. It’s one of the big stumbling blocks that people have. I can’t even imagine that. I mean, I heard (I don’t want to mention any names) a liberal talk show host really berating a Christian. “Do you really believe that? That can’t be! That’s why you people are nuts. 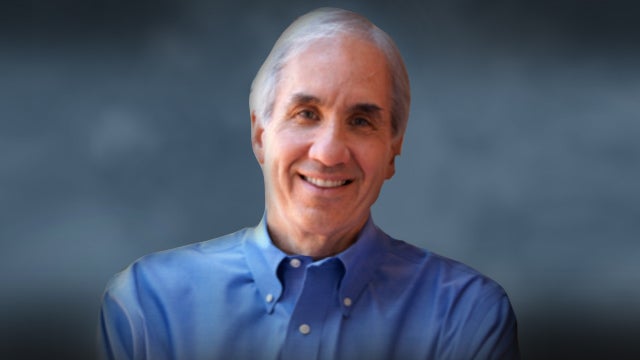 “You can’t really think that somebody died and came back to life. That’s why people think you’re crazy!” Well, for Christianity to be what it is, that had to happen. And my brother, David, is devoted to helping people believe that it happened by accepting what’s in the Bible. But before you can accept what’s in the Bible, you have to open it. Look, it’s not simply a primer; it’s its own story. It has its own telling of the tale. But it’s designed to be sort of like an introduction to the Bible and to Christianity, both testaments.

But this focuses on the Book of Acts because that’s where it all is. Now, don’t just read the Book of Acts and forget everything else, but it’s all there in the Book of Acts. That’s why David chose the Book of Acts to start. Again, I thank you for giving me the time to mention this. It would not be timely at any time in the next two or three days because of all the other news happening out there. But, again, it’s Jesus Is Risen. It just hit on Tuesday.

I think it’s been hovering around 13 to 19 on Amazon, and he’s busy doing all of his interviews about the book now. He’s had a bunch of them scheduled on Fox and he’s been broomed because they can’t leave the Kavanaugh story. So I thought I would do what I could here to help make people aware that the book is out. Jesus Is Risen by David Limbaugh — and, believe me, I think it will serve its purpose if you have any interest at all in getting into this. It’ll give you introductory how to do it, where to go, and not be intimidated by any of it.