NPR: Generic Ballot in Dead Heat (Because of Kavanaugh and Me)

RUSH: Everything that we predicted is coming to pass on the Democrat side. Now, as to the blue wave, purple wave, red wave, and this kind of thing, NPR has a poll out there. “Just over a month away from critical elections across the [fruited plain], the wide Democratic enthusiasm advantage that has defined the 2018 campaign up to this point has disappeared, according to a new NPR/PBS NewsHour/Marist poll.” 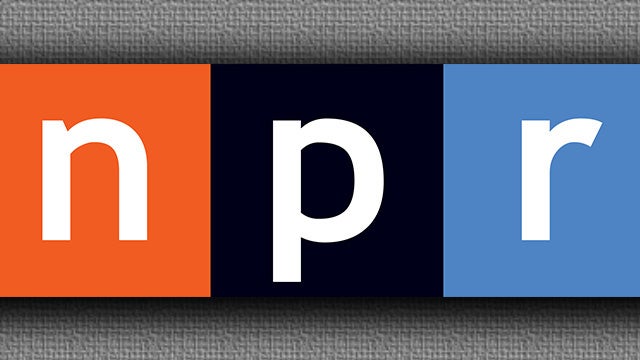 Now, for this to be true then it also has to be true that the previous polls were accurate. What did you tell me before the program, that Cruz is now up seven or Beto O’Rourke and that…? (interruption) You seem surprised by that. Why? (interruption) Two or three weeks ago, Cruz was tied with Beto O’Rourke. What if they never were tied? What if that was just polling data flimflam? What if that was nothing more than polling data flummery? What if Cruz never has trailed? You know my theory about polling.

They use it to shape public opinion, and you get close to the election, they have to start changing it to have it close to accurate so that when the election’s over, they’re not totally discredited. None of this polling data surprises me. I have never thought the Democrats had a 12-point advantage in the generic ballot in House races but everybody goes with it ’cause that’s the only polling data you have. The point is in the NPR poll, NPR/Marist/PBS NewsHour, the Democrat generic ballot advantage has gone from 12% to 2%.

That’s in the margin of error. That is a wash. The Democrats have lost two points in this poll, and it is related to Kavanaugh. There is a backlash happening against Kavanaugh. There is a backlash happening against the behavior of the Democrats. But more importantly, a backlash against these really insane, lunatic protester supporters they have harassing people, doxing people. A former intern for Sheila Jackson Lee and Feinstein and one other… This guy, he’s 27 years old, and he works for all women.

He’s the guy that revealed all the public information — names, addresses, phone numbers — of Republican senators so that protesters could harass them. And the protesters did indeed harass them. One of them even showed up and beat up Rand Paul in his front door, attacking him from the rear. Well, let’s go to the audio sound bites on this NPR business. We’ll start here at the top, No. 1.

NPR is back translating me for their audience. This is last night, All Things Considered, a portion of a report by the NPR White House correspondent Tamara Keith about Trump’s comments expressing concerns about allegations of sexual harassment and assault against Kavanaugh and other men. And I’ve got a point about that to make again. Here we go.

RUSH ARCHIVE: I think it’s hatred of men, and I said this!

KEITH: Rush Limbaugh has been railing against so-called feminazis for decades to much commercial success.

KEITH: That was from his show today.

RUSH ARCHIVE: Men are under investigation in this country, be it through Kavanaugh or through Trump or whoever.

KEITH: The idea being that men are under siege, as women have taken more prominent roles in the workplace, as demographic and cultural shifts have changed the rules.

RUSH: So next, they went over to Frank Luntz, the king of focus group research, to ask and have him explain how and why all of this is firing up the GOP base.

KEITH: It’s something President Trump tapped into as a candidate with his talk of forgotten men and political correctness run amok, says Frank Luntz.

LUNTZ: … the idea that you can’t say things that you believe to be true, that you can’t think the way you once thought 10 or 20 years ago because there’s something wrong with it…

KEITH: And now as Trump tweeted today there is an anger among some at how Kavanaugh has been treated. Luntz notes that partisans seek to gain advantage from the open wound that was the Kavanaugh hearing.

LUNTZ: It has been used by some to try to energize the white, conservative male to say, “Hey look. Now, you’re the victim.”

RUSH: Okay. So here’s NPR doing a report, starting out railing against me and my comments, predictions about feminazis. And then they go to Frank Luntz, and Frank Luntz explains to them why there might be a little backlash occurring, not just among men but among people on the right in general. And now here is the payoff. NPR went out, they polled it themselves, and the found that exactly what I have been saying has come to pass. The Kavanaugh hearings are backfiring big time to the Democrats.

KEITH: An NPR/PBS NewsHour Marist poll out today found a big swing in public opinion among men following the hearing, with a 10-point increase in those saying they plan to support a Republican candidate in the upcoming midterm elections.

RUSH: Right. So this is happening, and the only primary change or difference here has been the Kavanaugh hearings and the left’s reaction to it. I’ve even seen stories today among Never Trumper conservatives that this whole thing may actually reunite the conservative movement. Well, we will see about that. But clearly there is a reaction to it, and it’s root level simple. This is so easily understood. It is the worst smear campaign many people have ever seen in their lives. Many people…

You know, even as Lindsey Graham found out the other day there are a lot of people today that have no idea that Hillary Clinton ran an operation to destroy women who surfaced saying that her husband, Bill Clinton, had abused them or raped them or mistreated them or what have you. Lindsey Graham talks about what James Carville said, “When you drag a dollar bill through a trailer park,” and he got booed because the Millennials in the crowd had no idea that that’s who Hillary Clinton was.

By the same token, those people have not lived through Robert Bork, and many of them were not old enough to remember what happened with Clarence Thomas and Anita Hill. So this was their first, and that means it is the worst smear campaign ever that they’ve seen. Could anyone be smeared more? Can anybody be smeared more than Brett Kavanaugh has been smeared? We think that it can’t get worse, but the left will always make it worse.

In fact, I don’t know this, but I wouldn’t be surprised if some Democrats, Senate Democrats are privately, behind the scenes, urging recalcitrant Republicans to go ahead and vote for Kavanaugh ’cause the way this is backfiring on ’em. Don’t know that. It’s a wild guess, and only time will tell when we get to the vote. But the FBI investigation that the Democrats wanted appears to have provided cover for both Susan Collins and Jeff Flake. We don’t know where Murkowski is on any of this yet. And of course, there are some red state Democrat senators that now have a big decision to make.