RUSH: One of the preeminent, most noteworthy Never Trump senators is Ben Sasse of Nebraska. 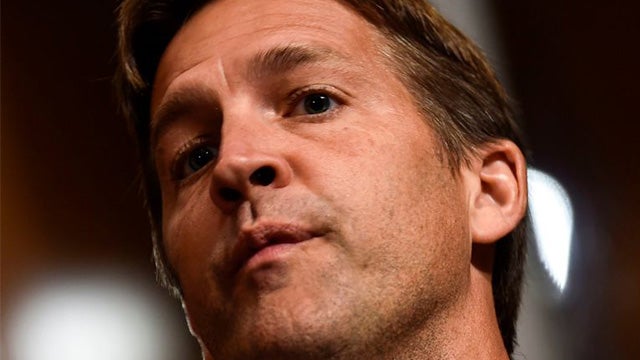 SASSE: We all know that the president cannot lead us through this time. We know that he’s dispositionally unable to restrain his impulse to divide us. His mockery of Dr. Ford last night in Mississippi was wrong. But it doesn’t really surprise anyone. It’s who he is.

RUSH: Mr. Sasse, Senator Sasse, I have an alternative view, and I’m not gonna presume that you’re listening but maybe somebody who knows you is. I need you to consider something, Senator Sasse. You and numerous others say that President Trump mocked Dr. Ford in his rally, Southaven, Mississippi, earlier this week. Then you suggest that Trump knows what he’s doing, despite all the criticism he gets, that he is doing this, it’s who he is. He can’t help it.

Mr. Sasse, I think it’s the other way around. I think Trump knows exactly what he’s doing. I think Trump has a behavioral pattern, it strategically happens, it’s call pacing. And let me briefly explain it again in setting up what’s to come next. When Trump originally spoke about Dr. Ford, what did he say? Compelling testimony, riveting. He couldn’t turn away from it. If she’s telling the truth, Kavanaugh’s gone. He’s got no prayer. If Kavanaugh’s lied in his testimony, he’s gone.

Trump said all of this, and everybody said, “Wow. This is really unusual for Trump.” No. It’s not unusual. Trump gets himself on record, not every time, but in many issues he gets himself on record in the approved Washington establishment way. And every time he does it, do not some of you panic? Maybe you don’t anymore. But when he first started doing this, like Paris climate accords, yeah, yeah, there may be something here, we’re gonna look at it. No, he’s gonna cave, oh, no. Doesn’t matter.

You can remember countless times where the president’s initial statement on an issue has seemed to dovetail with what the swamp thinks! But then a few days or a week go by and the president becomes who he is, and he starts speaking out against it after he’s put himself on the record. He does this for credibility, and he does it. It’s something called pacing. And it relaxes the opposition in any number of ways. He’s doing the same thing here with Dr. Ford. He knew right off the bat that she was saying things that nobody could corroborate, that nobody can prove, that she couldn’t prove.

And what he did on Monday night was not mock her. He explained to everybody the truth about her. Everybody, because of what Trump did at that rally, everybody was forced to look and listen to that little riff on Dr. Ford’s shaky, uncorroborated, unprovable testimony. The Drive-Bys were never gonna tell the truth about Dr. Ford. The Drive-Bys were not able to ignore the rally. They tried. Not even Fox televised Trump’s rally. But because he said what he said about her, he forced the Drive-Bys to cover what he said! 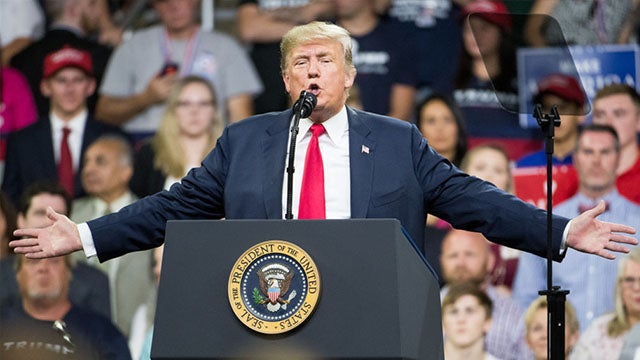 In the process, the Drive-Bys reported what he said! And people like Ben Sasse and others started, (imitation), “Get me the vapors, get me get me the vapors, oh, my God. Trump is… This is horrible. This is inhumane. He’s not fit.” What Donald Trump did, recounting the absurd inconsistencies in her testimony, Donald Trump calling her out on everything has been played now on all media. It went all day yesterday, reporters are now asking senators and the press secretary questions about it in the press briefing yesterday.

The fact is, the Drive-By Media did not report the inaccuracies of Dr. Ford’s testimony. The Drive-By Media did not report on none of the corroboration being possible! They did not tell their audiences that the four people Ford placed in the room when her incident happened claimed they weren’t there! Nobody knew that, folks! Other than you, the people that watch the mainstream media had no idea that Dr. Ford couldn’t back up what she was saying!

The people that watched the mainstream media had no idea that the four witnesses Ford claims were there all deny it and don’t remember being there! And one of them was one of her good friends! The Drive-Bys were not reporting any of that! The Drive-Bys were reporting what the Democrat senators, (imitation), “I believe her. She is a credible witness.” As far as the American people who watch only mainstream media’s concerned, the woman was telling the truth, they had backup, she had corroboration, and Kavanaugh was guilty!

Think of it this way. Think of the thousands of voters in Missouri, in Arizona, in Michigan and Maine and West Virginia, North Dakota, Alaska, who now know the truth, who never would have known the truth had Trump not detailed it for people in his rally! Collins, Manchin, Heitkamp, McCaskill, Flake, Murkowski, they knew that there was no corroboration. They knew that there couldn’t have been any truth to what she was saying by virtue of witnesses. This is why Trump did it.

This is why Trump does what he does. If we had an honest media, millions of people would already know that Dr. Ford’s story doesn’t add up! If the media ever told the truth about this, there wouldn’t be any protests today, or not nearly as large and voluminous. The people at these protests think she’s telling the God’s truth. They think it’s gospel. They don’t know that her story can’t be backed up. Their media hasn’t told ’em. The Democrat senators haven’t told ’em. Only Trump did. Another reason why they hate him.

But we don’t have an honest media. And so millions of people had no idea of all the holes in the Christine Blasey Ford story. Now they do. And here’s a little cherry on top. Since Trump did that and the whole media reported on it and Democrat senators and the like were asked about it, what comes three days later? Today’s FBI report saying no corroboration for what Dr. Ford said. So Trump says it, people like Ben Sasse and other Never Trumpers go literally insane.

But if Trump hadn’t said it, nobody would know it, but Trump did say it. Millions now do know it, and here comes the cherry on the top, the FBI report. We couldn’t find any corroboration for her story. End of the week, Trump was right! Drive-By Media wrong! Democrat senators wrong! Ben Sasse wrong! And Trump doesn’t do this accidentally. It’s not like he’s lucky and stumbles into this stuff. This is Trump’s strategy, and it’s all related to the pacing of how he originally or initially, eventually, I should say, gets to his real thoughts on any issue.