RUSH: Sonia in New Cumberland, Pennsylvania, it’s great to have you on the EIB Network. Hello.

CALLER: Thank you so much for taking my call. 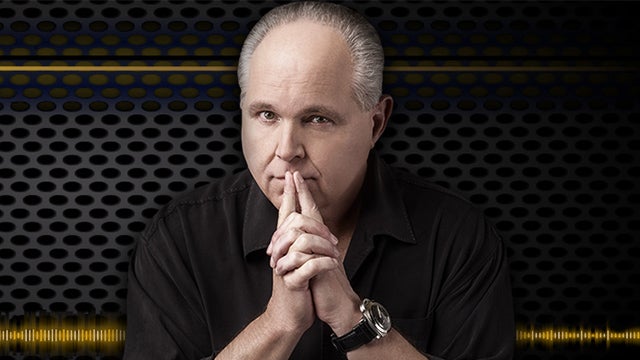 CALLER: I thank God every day for you and your staff, and I pray for you. I just want to say I don’t think I’ve heard anybody talk about this. I am a victim of rape. I’m healing. I’m healed from God. But I’m gonna tell you something. If I ever had to go before the Senate or anybody, I would not be reading it from a book, and… Are you there?

RUSH: Yes. Yes, I’m planning my response for when you finish.

CALLER: Okay. She read it, okay? We don’t know much about Ford, Mrs. Ford. But let’s look at her character a minute. We know that she lied about flying, and were there any tears whatsoever during her…? I didn’t watch the entire testimony, but was there any tears?

CALLER: There was no tears at all, was there?

RUSH: I didn’t see any. It was like (sobbing), “I was really terrified. I don’t want to be here.”

CALLER: Okay. I give her B+ for acting.

RUSH: Okay. One thing about your claim that you wouldn’t write it; you wouldn’t be reading it. Maybe you would in this circumstance. Your lawyer might script you to make sure you don’t improv and go off script and create a problem for yourself.

RUSH: I think in cases like this your lawyers would probably script it, especially — especially — if they’re programming a story for you to tell.

CALLER: Okay. My mother sold me for alcohol. I have been raped many times, and I can go back over every rape.

RUSH: Sonia, how did you…? How in the world did you — I don’t know what the word is — recover from this or survive all of this? How did you do it?

CALLER: He is the only way —

CALLER: — because there is no way I could have survived this otherwise.

RUSH: You were sold for alcohol?

RUSH: How old were you?

CALLER: Family members, relatives. I was molested by a relative when I was 3, and I can tell you the exact situation.

RUSH: How do you not have any kind of anger or fear at men in general? How have you gotten past that?

RUSH: Well, there’s also gotta be some anger at your mother, too.

RUSH: I mean, selling you for alcohol?

CALLER: No, I have forgiven her, and I love her, and I wish the best for her.

RUSH: Are you married now and have your own kids?

CALLER: I have two children, and I have two grandchildren. I’m not married. But I love the Lord with all my heart, and He is the ultimate healer, and this world is… We think it’s gone to hell in a handbag, but God’s still in it. We need to bring Him back and we need to repent because look at where it’s going. And the Democrats are not gonna win. In 2004, can I say, me and my friend were watching The Apprentice, and, after three showings, I just said, just blurted out, “If that man…” Speaking of Donald Trump, I said, “If that man ever runs for president, he will win.”

So I knew he was gonna win. My friend’s, like, all worried. He stayed up all [election] night to see if he was gonna win. I went to bed. I said, “Don’t wake me up ’cause I know he’s gonna be president.” But I can’t believe the hell they have put him through. When Obama won the presidency, I respected the fact that he won. I didn’t vote for him. But when I knew Donald Trump was winning, I ran around getting people to vote. I got several people to even go and register to vote ’cause I knew how important it was. But I didn’t know it was gonna get this bad.

RUSH: Yeah, a lot of people probably didn’t. But I’m still struck by what all has happened to you and how you —

CALLER: I would love to sit down with you and talk to you about it. I mean, it is just amazing what God can do for everybody, and I know I have a calling in my life to help others. I don’t know what’s gonna happen.

RUSH: Well, in that regard, I find it… (sigh) I’m sorry for sounding like I’m politicizing this, but I find it interesting, given what you’ve been through that you don’t believe Dr. Ford.

CALLER: You know, I sat down, I’ve prayed about it, and I just keep rerunning what I’ve heard in her testimony. There wasn’t… There wasn’t a lot of emotion on her side, and I ultimately… I have a testimony on September 15th of 2016, when I ultimately… I attempted suicide, and God stepped in. And that’s when my whole life changed, because for 45 years I just wanted to die because I couldn’t handle all the pain inside.

RUSH: You attempted suicide as recently as two years ago?

CALLER: I’ve been in and out of church. My mom went to church, believe it or not. I’ve been in and out of church all my life, but I was around Bible thumpers and stuff like that. So I really didn’t know the true love of God until September 15th of 2016, and that’s when God stepped in and said, “No, you’re not gonna do this. I don’t want you to die. I have more purpose in your life than this.”

RUSH: Wow. This is incomprehensible. I know it happens, but —

CALLER: See, and watching her — but also, not only watching her — I believe that the Lord was showing me, “Look, she told everybody she can’t fly because she’s scared to fly.” So we’re looking at her character as a whole from what little we know, and there’s lies leading up to the ultimate. If she hadn’t… The little lies build up on sand, right? She’s scared to fly and then all of a sudden she gets on a plane and she flies. But we also find out that she’s flown all over the world! So she’s on sand right now, you know? She’s not a very strong… She doesn’t have a very strong testimony in the beginning. You understand what I’m saying?

RUSH: I think they’re ultimately doing great damage to it.

RUSH: Right. But then the Democrats get hold of anything and start corrupting it by inputting their politics in it.

RUSH: Look, you have… I hope that you continue on this path that you’re on because what I hear from you is, whenever you found it, you found a way to be positive and, I guess, maybe a bit optimistic about things given where you came from.

RUSH: And that in itself could inspire other people, Sonia.

RUSH: Your own living hell. But look at you now. You’re able to discuss it without having it destroy you in the process.

RUSH: And how did you do it? You did it with religion. But that’s optimistic, believing in yourself, positive reinforcement.

CALLER: You know what? The whole thing made me a better person. You know, now I can reach out and help others. If it hadn’t happened to me, I could be, you know, like another sibling that I have that’s kind of spoiled and doesn’t want to help people.

CALLER: So, I mean, I’m grateful that I’ve experienced this, because there are so many hurting people out there that are alone like I was, ’cause nobody believed me at all — and it was my fault.

RUSH: Yeah, nobody believes you but they’re asking us to believe, you know, Blasey Ford. Well, look, I am so happy you got through. I can’t tell you how much. You just do not know. You’ve overcome, obviously, a lot of that trauma being able to talk about it the way you have and to be able to reinforce what it is that saved you, and to continue to invest in that is great. I hope a lot of people are inspired by having heard you today. I really am glad you called.

CALLER: And God bless you.

CALLER: Just know that I’m praying for you, your family, and your staff and everybody who listens.

CALLER: And thank you for sharing the truth, ’cause we need more of it, God knows.

RUSH: Thank you for being out there and being in this vast audience. It’s great to have people like you out there and know that you’re there. I have to take a break here, folks, ’cause I’m a little long. But that’s Sonia in New Cumberland, Pennsylvania.