We’re Running a Special at the EIB Store 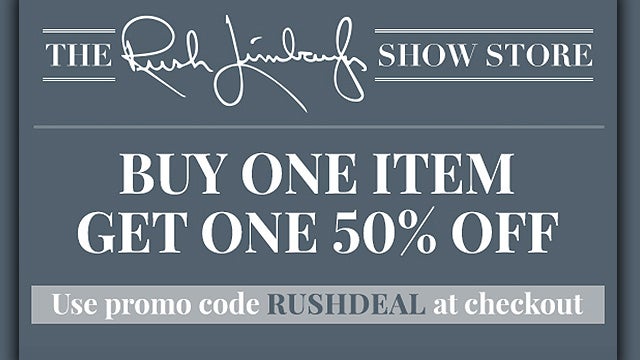 Now, Rush 24/7 has been a website, an ongoing concern for many, many moons. We just recently within the past year upgraded the app, and it’s now state-of-the-art. And the thing about the app is it offers a plethora of free content. You can get the app from the App Store on your iPhone or iPad — or at the Google Play store if you use Android — and you have access to transcripts of everything said, and you can share and forward those transcripts.

There’s not access to the Dittocam and audio streaming, but lots of video, historical video, TV show video and so forth. It’s encyclopedic, and we make it a point to offer a hell of a lot on the free side. And then if you want to be able to stream live Dittocam or archived Dittocam or live streaming audio or archived, you can do that as a member. And there’s even more that you have access to. People are signing up in droves.

And we’re not even pushing it. It’s just as rewarding as it can be. We’re setting… Every week we’re setting a new record for subscribers and members at our website. We’re in our 31st year here. You would think that the record would have been when it was new and hot and exciting, and it’s building like crazy. It’s really great. We are so appreciative. And, as I say, many new sign-ups — and there are deals to be had.

You can get a combo with The Limbaugh Letter tossed in as well. Many are coming from the app, and the app is something we’re also very proud of. It makes accessing everything on site easy, including streaming of the audio of the program each day. Podcasts. We’re even working out how to simplify the download and access to podcasts, to make that just as intuitively simple as we can. 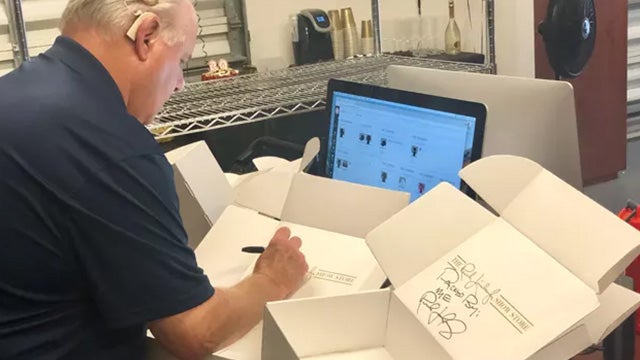 We’re constantly working on upgrading it. As in all parts of this, once this stuff started growing with new members, they would go to the EIB Store and say, “The stuff in there sucks,” and it did! Because it just wasn’t a focus. It was apparel that was not often upgraded; so we have totally remade the store. We’ve totally remade the apparel and the items in the store. We’ve upgraded it to be the highest quality stuff at the price points that we wanted to sell things as that we could find.

We have hit the mark on so many things. Like T-shirts are going crazy ’cause they’re not cotton. They’re a different kind of material that people love. The New Era caps are the highest quality cap you’re gonna buy for the price — and it’s not exorbitant, either. So occasionally, we run little come-ons, little sales at the EIB Store, and we have one running right now. It’s a little special just for the weekend, and it’s buy one item and get another one at half off.

It depends on the item that you want. That determines what is half off after that. You just have to shop around and see — and some of you lucky shoppers will even receive items signed by me. Oh, yes. I sign a whole bunch of these things, and we just randomly fulfill orders. If people, you know, don’t like it, then we replace it. But that doesn’t happen. People are thrilled to get signed stuff.

So I just wanted to mention this. It’s buy one item and get another at 50% off. There’s a promo code for this called RUSHDEAL at checkout, and it’s at the EIB Store. You can access it easily on the app or at the website on your computer, RushLimbaugh.com. So I wanted to make sure to mention that.