Feminists Attack White Women as Sellouts to the Patriarchy

RUSH: I just got an email from a friend. “Rush, you are so right. You’re so right, so often, it’s scary, and you’ve convinced me that the left is right. Rush, I have to confess. My son, Eddie, came out of the womb peeing all over everybody, female doctor, nurses, even his own mother. Sure enough, my son appears to be growing up to be a white guy. See? What you say is true. The white patriarchal power structure at work.”

I love these satirical reactions. That’s what the left is asking everybody to believe. Folks, I’m telling you, these kids that have now become adults, that maintain this adolescent degree of rage, psychological disorders and what have you, they have been taught this stuff, and they really have been taught that the founding of America was one of the greatest injustices in all of humanity. And anybody other than white men are victims. And if you are a white woman happily in a relationship with a white man, then you’re part of the sellout, you’re part of the problem, you’re letting everybody down.

You are subordinating yourself to patriarchy for the benefits that you get. You get a relationship, you get an income, you get a nice house, you get a family, and so you are a sellout. And I’m not exaggerating! This is what they’re teaching! And this is what these young people believe! Go to the audio sound bites. We’ve talked about this woman before, Rebecca Traister. She was on C-SPAN2 on Saturday, Saturday night, a show called After Words. What is this… She was running for attorney general or is an attorney general, and she said something outrageously stupid that we highlighted here and I’ve forgotten what it is.

But it’s in the Alexandria Ocasio-Cortez vein. And it’s just asinine stupid. I wish I could remember it. It’s in our show archives. But this the first…I think maybe we’ve got a sound bite of her before, but this is an appearance about a book that she has written called, Good and Mad: The Revolutionary Power of Women’s Anger. And the host of this C-SPAN After Words show is Rutgers University women’s and gender studies professor Brittney Cooper. 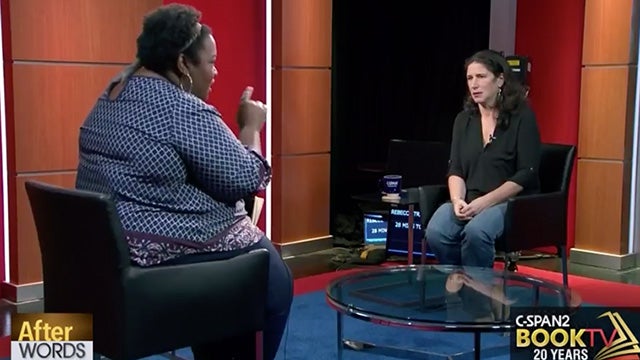 TRAISTER: Are we angry that it has to be white women before we take these stories seriously? Or, or, I think it’s “and,” do we all acknowledge that we need to wake the white women and if their power, their proximal power can be useful in revealing the degree to which women are still oppressed than in fact is this strategically necessary? And this goes back to the question: “Do we need white women?” That’s an electoral question that every candidate needs ask.

And anybody with half a brain watching what went on the last two weeks would have to have been blind to see that the Democrat Party had aligned itself in such a way that men were automatically guilty simply because they exist! Simply because they are capable! In fact, let’s see. There’s actually a story with that exact point made here. And I think I moved it to the bottom of the Stack. But it is a woman making the point that Kavanaugh is as good as guilty because he could have done it!

In fact, the fact that there’s no evidence adds to the fact that the allegation is likely to have happened, because that’s what men do, because men can, and men can because they have the genitalia necessary to do it. Well, if you’re an average, ordinary, decent woman watching this stuff, how in the world do you want to sign on to that? Well, you don’t. And so now these leftist women are enraged when they have discovered that they failed to persuade a bunch of average, ordinary white women to join their cause, anti-Kavanaugh. So now these women are sellouts and their uteruses are sellouts and their wombs are sellouts and they’re selling out to the patriarchy.

And, as such, they become worthless and even a liability to the point now that here we have a sound bite with two women experts in gender studies saying, do we need white women? It’s an electoral question every candidate needs to ask. Let me remind you, in November of 2011, the Obama presidential campaign, was written about by Thomas Edsall in the Washington Post, might have been the New York Times, announced that they were forgoing the “white working class” as a voting bloc and instead were going to put together a winning coalition of a sum total of every minority group they could find.

They were gonna combine all these minority groups and make that the Democrat base because white working-class voters were becoming less and less dependable, because they weren’t buying Obama and Obamacare, and because of that, they were becoming racist. The traditional Democrat little guy voting bloc, they expressed no interest. This is simply an evolution of that! So while the white working class was told to go pound sand by the Obama campaign in 2011, now in 2018 do we need white women? It’s an electoral question that every candidate needs to asking S. Folks, don’t misunderstand what I’m doing here. 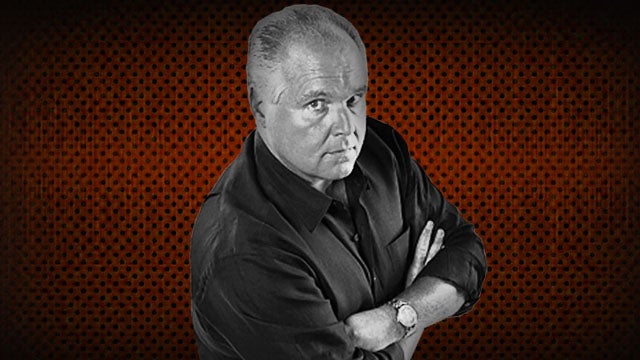 I’m not doing this simply to express incredulity at this. I’m doing this under the auspices of how in the world can a majority or mainstream of Americans in any way support this party? I realize I’m setting myself up here for what may be a major shocking disappointment the day after the election in November. And I’m not making any predictions here. I’m genuinely curious. I just don’t see how the actions, the words, the policies, the attempts to inspire and persuade… I just don’t see how any decent, normal people fall for this. I realize the Democrats have educated a lot of people in the last two generations. I realize a lot of college educated people have come out of these institutions, and they have been corrupted and polluted with this crap.

So all the left has to do is get a hold of people who have not amounted to what they want to amount to, don’t have what they had hoped to have, in any way, materially, professionally, you name it. In other words, it’s not hard to run into unhappy people. It’s not challenging to find a bunch of people that are beating themselves up. And all you have to do is convince those people that somebody else did it to ’em, the Republicans, the white privilege power structure did it to ’em. And there’s only one way to fix it, and that’s to wipe ’em out.

I know they’ve educated a lot of people who believe this now.