A Great Question on Senator Graham

RUSH: Doris in Toledo, I know you don’t have much time, but I wanted to get to you because you’ve been waiting. Thank you. How you doing?

CALLER: So here’s my question. Do you think Lindsey Graham would have shown and made such compassionate and angry remarks at the Kavanaugh hearing if John McCain had still been alive? 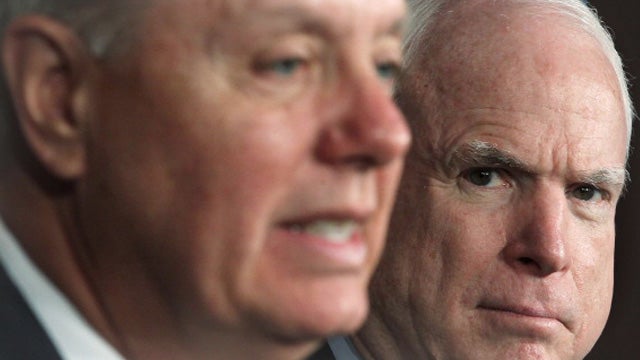 RUSH: Oooooooh! What a great question. I’d like to think so.

CALLER: I would (unintelligible).

RUSH: Doris, I’m sorry. What was that?

CALLER: I said I would like to think so, too, but I know how close he was to John McCain.

RUSH: He was. But you know what? It’s one of these “if” things that really doesn’t matter. He did it. He did it. And that’s what counts. I will say that since McCain has passed away, Lindsey Graham seems more like the guy I knew back in the nineties. That’s all I’ll say.