CALLER: Hi! Thanks, Rush. Thanks for taking my call.

RUSH: You bet. Any time.

CALLER: Hey, I’ve been wondering for a while, during the campaign and at Trump’s rallies and things like that, I hear him say a lot of things that I hear you say all the time. And, you know, you can’t figure out… I have a full-time job. I don’t have time, you know, to listen to you except through Rush 24/7 and your podcast. So I was wondering, is Trump a member of Rush 24/7? Can you reveal that? 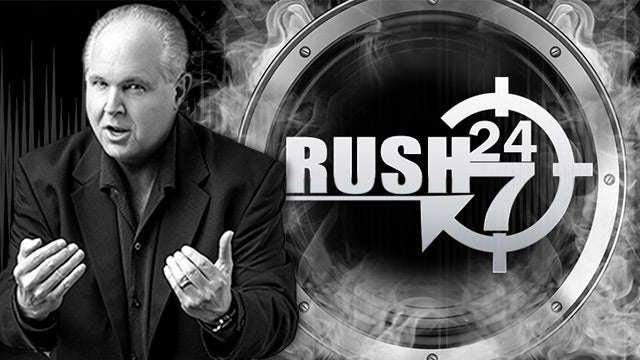 RUSH: Uh, not allowed to reveal.

RUSH: Yeah, I understand that. Sure. Yeah. So you listen to this program, the podcasts, check the website; then watch a Trump rally and you hear Trump say things that you’ve heard or read on the podcast or at my website? Is that right?

CALLER: Oh, yeah. I mean, I hear him say specific things that, you know, he’s smart but he don’t come up with himself. So I know… I can see him listening to your podcast, like, in the morning when he gets up at the White House and things like that. That would be the most efficient way.

RUSH: I’m just… I want people to hear it. How do you get the podcast every day? How have you arranged to receive it?

CALLER: Well, I have your app, and I download your podcast. 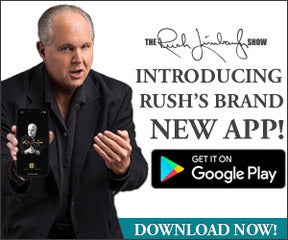 RUSH: Right there on the app, right?

RUSH: And it’s not complicated, is it? You were able to figure it out.

CALLER: No, no. I was able to figure it out. I think you have fixed a few bugs, which is good. The releases you fixed are good.

RUSH: We’re constantly working on bug fixes with the app. A new wave of them I sent up just the other day to the developer —

CALLER: Yeah, it used to be if you were in the car and you were listening to hour 1 and hour 1 runs out it wouldn’t go automatically to hour 2.

RUSH: Well, now, that, interestingly, was not exclusive to us. That happened to be the way they ended up being tagged. We did have to change the way they got tagged to have them download to you and play back in the proper order, but that wasn’t just our podcast. It was any number of people’s. Originally, it was an iTunes problem. It was the way iTunes organized them. We were eventually able to overcome that with our own. Did you use iTunes at all or do you just get ’em straight through the app?

CALLER: Yeah. In fact, I bought my first iPod; I didn’t even know what it was.

CALLER: I bought it because that’s how your podcast is downloaded.

RUSH: That’s right. I wanted people to hear this.

RUSH: I wanted people to hear how easy it is. And the podcast… How would you describe the podcast? What is it?

CALLER: How would I describe it?

RUSH: Yeah, what are you listening to when you listen to the podcast?

CALLER: Well, I’m listening for what you say but, you know, it’s not broken up by the commercials and things like that. So I’m getting your whole show. I can get all the information about what’s going on, like you say. I mean, you —

RUSH: What does it take you, about an hour and a half to listen to the whole show, hour and 40 minutes?

CALLER: Yeah, it’s great because I listen to it on the way home from work —

RUSH: Right, ’cause there aren’t any commercials in the podcast. It’s just me.

CALLER: Yeah, and I can listen who the whole show in an hour and a half.

RUSH: Isn’t that amazing? That’s because we don’t double-dip on our sponsors.

RUSH: It’s a benefit for people that join and become members of RushLimbaugh.com. If you want the program el freebo, there it is, in podcast form.

RUSH: Well, I’m happy to hear you’re taking advantage of the opportunity. We were among the first to make content available on this program available via podcast. All these people are out there with their podcasts these days — cereal this and breakfast nook that — and we were at the front of the gang of people doing podcasts.

CALLER: Yeah. And I’m glad. I’m glad. I’ve dipped into some other podcasts, but I don’t know a lot about them, and so I just listen to yourself right now.

RUSH: Well, all a podcast is is a transmission of audio on what was an iPod. ‘Pod ‘cast, is how it got its original name. Now the iPod has been incorporated into the iPhone and the iPad and even now downloadable on a laptop. The name just held, but it was related to being able to download audio content like songs and music on an iPod, hence “podcast.”

CALLER: Great. Thanks for explaining that to me. ‘Cause as long as I can hear, you know, that’s all I need.

RUSH: That’s awesome. I appreciate it. But to answer your question, we can’t divulge members. I wouldn’t tell anybody you’re a member. You know. You never know who’s gonna do what. We guard that information. We promise everybody that is a member that we’re gonna protect their identity and their privacy. We work very hard at it, by the way. I mean, not just from third-party agitators and so forth.

So that’s why I can’t tell you whether or not the president — and it wouldn’t be just the president. You know, you could maybe have the office of the president, the communications shop. Any number of them could be subscribers. I just can’t say. But I am just… I’m just flattered that… I appreciate your comments. Let me just leave it at that. I appreciate it very much. Thank you so much. I was also… We are constantly dealing with bugs, little tweaks to the entire app.

I’m constantly… I’ve got a list of things I want the developer to add. (sigh) You wouldn’t believe the excuses and the reasons. (chuckling) “Okay, if you want to do that, half a million dollars.” Half a million dollars for an app on Apple TV and 16 weeks to do it? Are you kidding me? “That’s what it will be.” No! It isn’t. There’s no way an app is a half million dollars on Apple TV and 16 weeks to write it! But that’s what we deal with. My point is we’re constantly trying to improve this in terms of user intuition, just having it be as natural and easy to use, without a manual and without any instructions.

Our developers really hot spot on the ball. We throw a lot at them, ’cause I want it to be as good as it can be. I want it to be fest. I mean, I am El Rushbo, and I can’t sit here, you know, with a half-baked app, and so we don’t — and all the other things itinerant to it such as the EIB Store and the website itself. (interruption) What’d you say? Yeah! (interruption) Snerdley… (interruption) Yeah, I’m bragging about the… (interruption) Yes. I’m not bragging. I’m pointing out that in the podcasts we don’t replay the commercials. 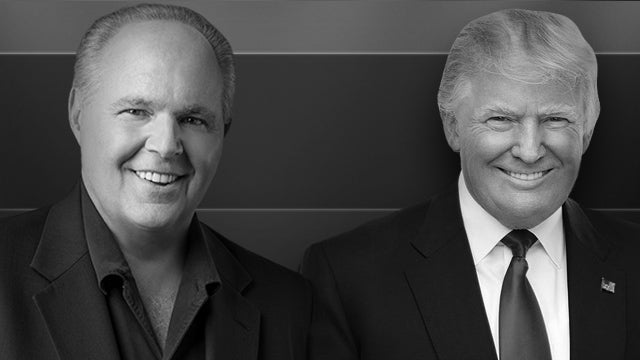 The podcasts going to remain unencumbered as they are. People are already paying for them when they subscribe, don’t you see? (interruption) Well, then… (interruption) Well, it should stop other people. The only other way is maybe make the whole thing free but then make it all advertiser supported? Who’s gonna want to see all those ads if we do that. That would deep the purpose! I don’t want to clutter it up out there. I got this. Don’t sweat it. I got this.