My Advice to the President: Don’t Cancel Lunch with Kanye, Take Him with You to Survey the Hurricane

RUSH: Had a little story here by our old buddy Roger Simon at PJ Media. The headline: “Kanye Is Not Alone: Blacks Are Deserting the Democrat Party — In the middle of the Kavanaugh madness a fascinating development passed relatively under the radar Thursday. Trump’s approval ratings among black voters hit 35% in the Rasmussen Report survey. This day last year, it was 23%.”

So in one year, Trump’s approval rate among African-Americans has jumped from 23% to 35%. No matter how you feel about polls, a 12-point jump in a year is significant. ‘Cause I’m telling you, folks, and you know this. Every presidential election, 90%, 88, 92% of the black vote goes Democrat. If that number ever became 70%, the Democrat Party would be up the tepee. They would be in deep doo-doo, and they know it, and everybody else knows it. 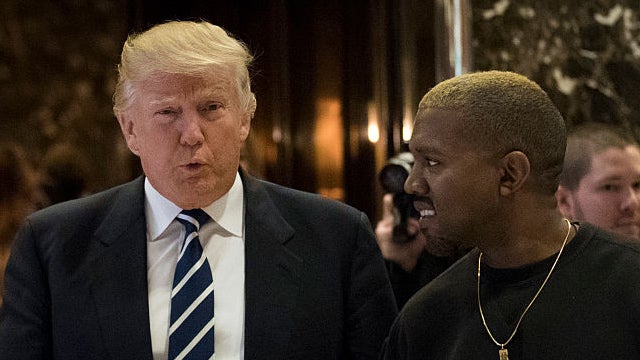 Now, this 12-point increase, this is especially true and surprising considering the constant drumbeat from the press that Trump is a racist pig. Somebody’s not buying it, and it’s not just Kanye West. If this number grows just a little bit, the Democrat Party is, as I say, in deep tepee. And there is a story here, Celebrity Insider, Jay-Z and Beyonce Z are completely done with Kim Kardashians and Kanye West after Kanye’s latest antics.

Kanye is scheduled to have lunch with Trump in the Oval Orifice tomorrow. Somebody told me, “If that happened, it’d be a big mistake. Trump need not have lunch with some celebrity after this hurricane’s hit. Don’t do it. Cancel it.” I said, “No. Take Kanye with you, if you go down there and view the disaster area. Put Kanye on the jet and go down there and survey it. That’s how you have lunch with him. You don’t break the date. You take him along with you.” That’s what I told him to do.