That is such caca! 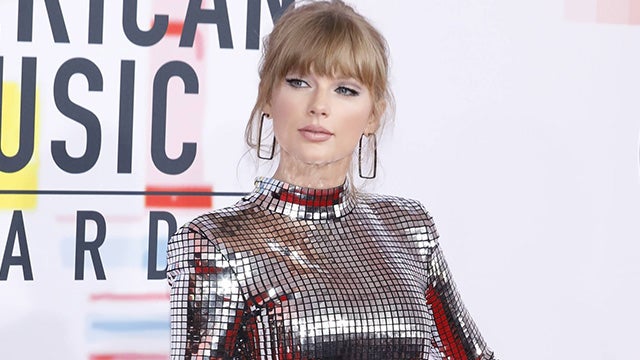 There’s no way to measure that.

But the reason I bring this up — and I don’t know Taylor Swift from a pile of coal. I don’t know the difference. You could put a bag of manure and a bag out there and I wouldn’t know the difference in Taylor Swift. Now, the story is Taylor Swift-led American Music Awards hit all-time low in ratings. Well, how in the hell can that be if she’s generating massive record voter registration and then hosts a television show with all-time low record ratings? Don’t misunderstand. I don’t know one thing or the other about Taylor Swift. I’m not comparing her to a bag of manure. I’m saying that’s how insignificant… But I’m saying, the Drive-Bys try to take these things…

They’re so is desperate for good news. They’re desperate.

RUSH: Here’s Adrian in Ketchikan, Alaska. It’s great to have. We don’t get in calls from Alaska; so this is great. How are you?

CALLER: I’m doing great. Thank you. I appreciate everything that you do for us fighting the fight on a daily basis. I was just calling to make a comment about Taylor Swift. In 2016, Miley Cyrus and Katy Perry were out there banging down college dorm doors telling people to get out to vote, and obviously that didn’t work. Miley Cyrus was crying after Donald Trump was elected. I think most of us mainstream Americans, middle Americans aren’t afraid of the Democrats and Taylor Swift telling people to vote.

RUSH: Oh, I totally understand that. Don’t misunderstand. I tried to say that I could go either way, up or down, inside out, backwards, forwards, on Taylor Swift. My comment was on the media reaction to Taylor Swift. So here’s Taylor Swift. She comes out and says she can’t stand that woman running for the Senate in Tennessee. Just can’t stand her! The media, desperate, then reports that Taylor Swift’s comments caused massive Democrat voter registration.

They’re just making it up. Then the president announces he’s gonna have lunch with Kanye West in the Oval Office tomorrow. What happens next? Mr. Jay-Z and Mrs. Jay-Z, Beyonce, come out and denounce Kanye — and Kim Kardashians, a twofer. They denounce Kanye and his wife, Kim Kardashians. Meanwhile, Taylor Swift hosts some music awards show last night; nobody watched it. The ratings plummeted to an all-time low.

So how can it be that Taylor Swift sponsored, inspired massive voter registration drive after criticizing a Republican Senate candidate in Tennessee? You know, where is this massive belief and support? If she’s got this popularity and people can’t wait to do what she says and express their support, then why didn’t the same people turn out and watch her show? “Oh, we’re not supposed to ask the question.

“Two different things, Rush! You can’t extrapolate voter registration drives and audiences for awards shows.” I can. You people can make it up left and right. I can draw my own analogies. I can ask these questions. I’m happy to hear you say out there that this stuff doesn’t intimidate you. I think it hasn’t intimidated average Republican voters in a long time. Elected Republicans are a bit all of different story.