RUSH: Do you recall the story yesterday I told you about Jamal Khashoggi, the Saudi journalist who has reportedly been dismembered, murdered in the Saudi consulate in Istanbul because of his criticism of the crown prince in Saudi Arabia, Mohammed bin Salman? I went through every nook and cranny of the story. Jamal Khashoggi is a Saudi journalist, very critical of the so-called reform movement in Saudi Arabia being led by the crown prince, Mohammed bin Salman, known popularly by his friends as MBS. 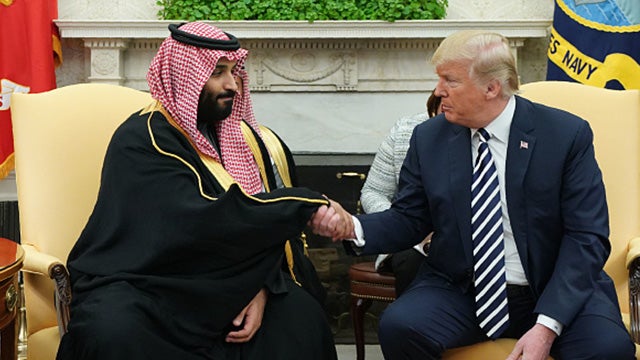 He’s 32. He’s a Millennial. He’s got all these reform plans that Jamal Khashoggi didn’t think he really means, didn’t think they were true. He’s been very, very critical. Well, Jamal Khashoggi wanted to get married. He had to get a legal marriage license or document, chose to go to the Saudi consulate in Istanbul, and nobody has seen him since he went in. Now the Turks say they have audio recordings that prove he was murdered inside.

The president of the United States has talked about this and says it’s a very serious thing but says (paraphrased), “Look, we have outstanding deals with the Saudis that we cannot derail just because of this.” This has outraged the media! Even though Trump was initially very hard on Saudi Arabia claiming if this happened, and if it was proven, this was very, very bad and we’re not gonna look the other way. Well, here’s a development on it.

This is one of these things I shoot myself, figuratively, for not having predicted yesterday when I told you the story. We have a tweet here from a guy named Daniel Klaidman. Now, he’s the editor-in-chief at Yahoo! Yahoo News. Here’s his tweet: “A close friend of Washington Post columnist Jamal Khashoggi tells @Isikoff and me that Saudi Crown Prince MBS may have felt emboldened” (to murder the journalist) “by Trump’s anti-media rhetoric.

“‘Trump hates journalists and he would not react if we kill one journalist,’ says Khaled Saffuri.” So now with Jamal Khashoggi thought to have been murdered and dismembered — and, by the way, they think now that he’s been buried in a plot of grass in the consul’s backyard, and the consul is not leaving. When the consul is there, Turkish officials cannot get in and search or dig up… You know, it’s the old diplomatic immunity thing. 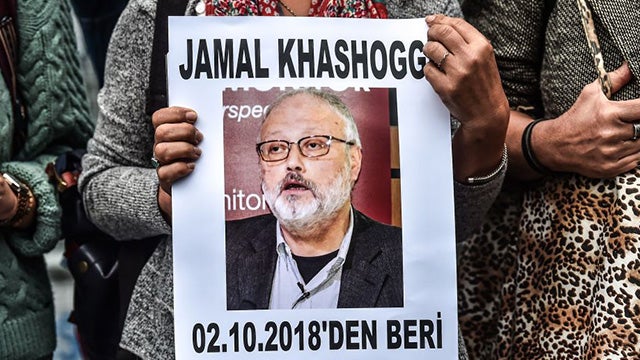 So now Yahoo News, the American media is attempting here to blame Donald Trump for this! Donald Trump and his open disdain and criticism of the media is said to have made Mohammed bin Salman comfortable with the fact that he could get away with murdering a journalist because Donald Trump made him think it’d be okay. This is what the American media is now beginning to circulate. This is just a tweet from a Yahoo guy quoting Isikoff, but don’t be surprised if this starts blowing up from this point forward right now.

RUSH: This tweet saying that the crown prince may have felt emboldened by Trump’s anti-media rhetoric to murder a journalist? Yeah, that happens in this country. We have a history of murdering journalists. Donald Trump got…? Who was the first? Who was the first journalist that Trump ordered to be killed? Can anybody tell me? These irresponsible jackasses.