RUSH: Okay. We got some audio sound bites here of the mob reacting to Kanye West in the Oval Office yesterday. Now, we played a lot of the sound bites; so obviously you’re familiar with what happened. Jim Brown was sitting there. Kanye went off on a number of subjects. He happened to utter a couple of profanities. You could just imagine the reaction of some people. But in certain places, it was over the top, primarily on CNN and in a number of other places, CNN guests.

I just want you to listen to how they’re describing Kanye West. You know, on the one hand they go out and embrace Taylor Swift even though she’s “white privilege,” and they abandon Kanye. And it’s… They want you to believe they love women and support women and African-Americans. But you stray off the reservation and then your gender and your race have nothing to do with what the Democrats think of you. So here is black liberal Drive-Bys attacking Kanye West as “token Negro,” as a “minstrel show,” as a “prop,” as “mentally ill,” as a “ventriloquist dummy for white supremacists.” 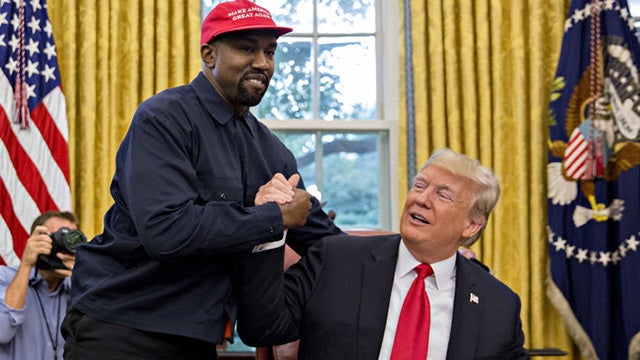 DON LEMON: What I saw was a minstrel show today.

TARA SETMAYER: The token negro of the Trump administration.

VAN JONES: Someone who’s not in a healthy place, from a mental point of view.

JASON NICHOLS: He does suffer from some mental illness.

APRIL RYAN: (outdoor noise) He has some issues, some mental health issues.

NINA TURNER: Nothing Kanye West did today was about the black community.

MICHAEL STEELE: This is a prop moment.

MICHAEL ERIC DYSON: This is white supremacy by ventriloquism. A black mouth is moving but white racist ideals are flowing from Kanye West’s mouth.

DON LEMON: (b-roll noise) Kanye’s mother is rolling over in her grave. 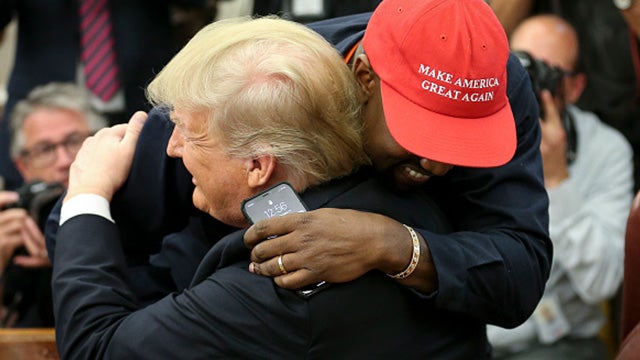 RUSH: All right. So that was Michael Eric Dyson and Don Lemon. Last I looked, Kanye West is almost a billionaire with his clothing line. I think Kanye West is a lot smarter than Don Lemon ever hopes to be. Look at the way they’re talking about this guy! Now, all of it’s Trump related, or the vast majority. But still look how they’re talking about this guy! Here’s more April Ryan of the American Urban Radio Network on with Wolf Blitzer yesterday afternoon.

RYAN: Wolf, I’m gonna give you a little something. I talked to someone who’s very familiar with the Kardashians, or used to be, text messaging with Ray J. You know who Ray J is. He was once close with Kim Kardashian. In watching the tape that Ray J was watching from CNN, he did say he’s a little concerned.

BORGER: When Kanye dropped the F-bomb and all the rest, he didn’t do anything about it. He didn’t say stop, this is the Oval Office, we don’t do that in the Oval Office. It was like watching a train wreck, because it was. And the president just sat there. I remember when presidents used to say, you know what? You need to put on your jacket to go into the Oval Office.

RUSH: Why don’t mention a name there? That would be Ronaldus Magnus. And, Gloria, you didn’t give a rat’s rear end when Bill Clinton showed up in the Oval Office with Monica Lewinsky and a stained dress and a cigar. And you didn’t care when Bill Clinton showed up after a jog in s T-shirts and shorts and tennis shoes and sweating profusely and embracing a bunch of other people in the Oval Office. You didn’t care about any of that! They cannot help themselves. Here is Candace Owens of Turning Point USA. She’s on last night with Hannity, who says, “Why are people, African-Americans and conservatives, brutalized by the left? Candace, why is it that they just can’t say they disagree? Why do they have to try to destroy everybody?”

OWENS: Because they don’t want us to be free. Listen make no mistake. The left depends the black vote. They have to earn more than 85% of the back vote to sustain their party. This is why they sow division. This is why they need the themes of racism to stay alive. But guess what, Sean? The black community is waking up. And that’s why Kanye West terrifies them because he’s not scared in the same way that I’m not scared. We are satisfying more black conservatives waking up and speaking out against Democrat Party.

RUSH: Well, the African-American approval rate for Trump is up 35%. A year ago it was 23%. That can’t sit well with the Democrats. And it really is true. You know, they get 90, no 88, 92% of back vote every presidential year. If that ever became 70%, they’d be in quicksand. And don’t think they’re not… They’re worried about it. I think they’ve taken the black vote for granted for all these years and that’s what a lot of these people are… Here’s Charlie Payne. Charlie Payne from Fox Business, and he was on this morning with Maria Bartiromo, and they were talking about it. Here’s Charles’ reaction.

PAYNE: He talked about education. It’s amazing the night before when CNN took him to task and said he was a Negro who didn’t read. His mother was an English professor. His father was a first photojournalist for the Atlanta Journal-Constitution. He lived in China. He wrote poetry when he was 5 years old. They took him to task because he likes President Trump and they’ve dissed him all night, all day, talking about his dead mother. It was heartbreaking.

RUSH: It was heartbreaking. Charles Payne, business executive, professional at the Fox Business Network. And despite the fact that nobody died, Geraldo still found a way into the story this way.

GERALDO: He was the darling of the liberal left in 2005 when he said George W. Bush didn’t care about black people because of the way he handled Hurricane Katrina. Now the left hates him because he is embracing the president and saying to black people, take a look at this guy substantively rather than automatically being always on the side of the Democrats. I spoke with the president a couple of weeks ago and suggested he talk to Kanye, Jim Brown the football great, and Tiger Woods, the golf great. 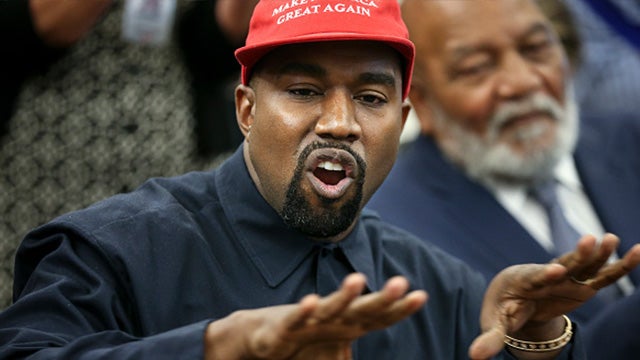 RUSH: Oh! So that’s why! Geraldo told Trump to bring these guys in. I should have known. I shouldn’t know Geraldo told Trump to get Kanye West in there and Jim Brown and Tiger. Tiger hasn’t been yet. But, you know what, Geraldo did bring up something I forgot. It was Kanye West who told George W. Bush that he didn’t think he cared about black people ’cause Hurricane Katrina.

Boy, remember when Hurricane Katrina hit New Orleans, the left was out there saying that Bush wanted blacks in Louisiana, New Orleans, to be hurt so that they would leave and they go to Texas or someplace to lessen the strength of the Democrat Party in Louisiana. They were out there saying that Bush also was able to steer the hurricane and that Bush was responsible for the levees being weak because he didn’t hold people accountable when they didn’t spend the money to shore them up. But it was Kanye West. So Kanye had all kinds of cred back then in 2005 ripping into Bush. They loved him. But the love was fleeting, obviously.