The Turtle Gets the Biggest Ovation of His Life

RUSH: I want you to hear the standing ovation the Turtle got. This would never have happened… I don’t know how long it’s been since Mitch McConnell was greeted with this kind of love and respect and excitement by a Republican audience anywhere. But Donald Trump brought him on the stage at a MAGA rally in Richmond, Kentucky, on Saturday thanking the Turtle for standing firm on Kavanaugh. And listen to the reaction.

RUSH: George Will is watching this and just unable to control himself. Wait a minute. Keep… Stick with it here, folks. The Turtle is gonna speak here in a minute.

MCCONNELL: Thank you, Kentucky. Aren’t we proud of President Trump? 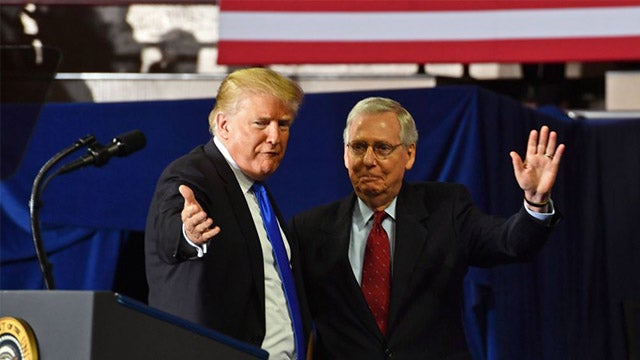 RUSH: Right on! How long do you think it’s been since Mitch McConnell got that kind of a reception at a political event? I don’t think he’s gotten a reception like that even on an election night victory party that he’s had. And I’m gonna go out on a limb and say, you know, Mitch might have liked that. Everybody likes that, especially people that are unaccustomed to it. And everybody in the world knows that it was the Trumpster that made that happen.

RUSH: By the way, at that rally on Saturday night, Kentucky, Trump did remind McConnell that that ovation was because of Trump. But that’s okay. Mitch still got it. It was legitimate and I’m sure he appreciated it.