RUSH: As a powerful, influential member of the media, I often have access to foreign-made television series before they hit Amazon Prime or Netflix or BBC America or what have you. Such is the case with a series I was made aware of and given access to earlier this week. It’s a British show. I think it’s BBC 1, if I’m not mistaken, although that could be wrong. But it’s a British network, and the title…

It’s a six-episode, one-hour-per episode miniseries called Press, and it is about two competing newspapers in the current era, in this modern-day. And it’s amazing how honest it is about what journalism is. Now, this is not about contemporary events. There’s nothing in this series about Donald Trump or Theresa May or anything current in either country. It is a modern-era, generic piece. In other words, the storylines are all fictional, all made up.

It’s flat-out amazing how honest it is in terms of what people who do journalism think its purpose is! Destroying people! Both of these papers in this miniseries end up targeting the same targets, the same powerful people — some of them in government, some of them out, or some of them not — but it makes it clear that journalists think their job is to destroy people. Big people, powerful people, rich people? There obviously has to be something they’re doing that’s breaking the rules, that constitutes breaking the rules.

There has to be something. They’re mistreating people. They are sexually abusing people. They are stealing from the public dole. They’re doing something, and the purpose of journalists is to call ’em out and ruin them! Which many, many years ago, when I first began to encounter the media as a target, I was never… I had a little taste of it when I was in Sacramento. There were a couple of reporters at that paper that had me in their crosshairs.

It was simply ’cause it was liberals versus conservatism. But, I mean, I didn’t really get a full dose of it until this program started. And I remember sitting talking to some people about it. And they said, “You have to understand what journalism is.” I said, “You mean the bias?” “Well, there’s that, but it’s more than that. It’s about ruining people! It’s about targeting and destroying people! How do you think resumes are built?

“Journalists in these little medium-size markets or small markets will target somebody, and if they run a profile or a piece on somebody that can be made to look accurate that nails them as guilty of this transgression or that transgression — particularly against the little people — then that reporter is gonna get noticed, and that’s how that reporter climbs the ladder.” If you go back to the early days of 60 Minutes, it was all about that, and it remains so today. 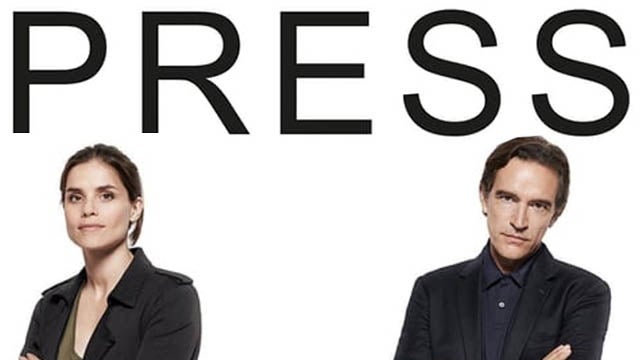 But I watch this (I’ve seen two episodes so far out of the six) and I catch myself. My mouth is wide open. It’s agape a couple times watching this thing at how brazenly honest this is. One of the editors, the head honcho of the tabloid paper is one of the most despicable human beings I’ve ever seen portrayed, who is not set up as a criminal, who isn’t established as one. He’s just who he is. And he is. And he is totally unaffected by life. To him, everybody’s a bad guy; you just have to find out why.

One episode went to great lengths to show how this sleaze editor, who has some kind of a secret relationship with the prime minister of the U.K. … (interruption) No, no, no, not sexual. Just up there. They have some kind of a relationship. They do not particularly like each other, but they owe each other from way back before the series began. The editor arranges a cover story about a pedophile and then puts a picture of the prime minister on the cover with his picture only an inch away from the word “pedophile.”

I mean, this guy has no empathy or feeling for anybody. He doesn’t… It’s just, it’s classic. It’s perfect. It’s the kind of personality you would have to be if your job is destroying people. No conscience. The belief that everybody is flawed, that everybody’s a dirtbag, that everybody is a reprobate — and, at some point, their time to be called out is gonna happen. Nobody’s decent. Nobody’s worth anything. (laughing) It’s amazing. This is the eyes of a journalist, of an editor.

Now, I imagine real journalists are gonna look at this thing and some of them are gonna marvel at it and think it’s wonderful. Others are gonna hate it because it exposes too much. People who have never had encounters with reporters, have never been targets, I don’t know how they’re gonna react to it other than be entertained by it. It starts kind of slow, but it picks up speed. Many of the primary characters are women.

The competing editor of the clean paper, the aboveboard paper is a woman who gets outsmarted and tricked into not publishing one day because she can’t confirm the pedophile story, while the other paper puts it on the cover, having confirmed it because the editor at the other paper doesn’t care whether it’s true or not or whether he calls the guy that’s the pedophile one. Just get it up there, get it on the newsstands, whereas the female editor didn’t have the guts to run it.

And so the paper didn’t run. I’m thinking, “They obviously are not worried about the #MeToo movement here to ever put this thing together.” So the name of it is Press. I have no idea… I think it just completed airing, ’cause I’ve got all six of ’em. So it just completed its run cycle in the U.K., which means it’s gonna be on Netflix, Amazon Prime, wherever. I don’t know where it’s gonna be, but it won’t be long.