RUSH: Here’s Tom in Morris County, New Jersey, as we head to the phones. Greetings and great to have you here.

CALLER: Thanks, Rush. Thanks for doing everything that you do. Rush, I have two quick points. One, I’m a lifelong Democrat. I was a teacher. I just retired. And I have been the biggest Trump supporter out there.

RUSH: When did your support for Trump begin?

CALLER: During the campaign.

CALLER: During the campaign. One of the reasons that I became —

RUSH: During the primaries or after he’d won the nomination?

CALLER: Against the 17. Anyway, he… I became a Trump supporter. One of the reasons was because he’s gonna be so good for the country and he is. And I’m ashamed as a Democrat my whole life is that these people aren’t happy to see the country doing well. That’s what amazes me the most. I mean, I saw brought up the Democrats were fair and my dad was a Democrat, my mom, and that they thought of the country.

CALLER: Exactly. And so I’m very proud to be a Trump supporter, but I’m about to pack it in. I’m gonna tell you why. Frustration is so high right now for not only myself, people in the neighborhood, because you said it before with Stuart Varney. He said to Trump, why do you tweet? And he says it’s the only reason, it’s the only way I can get my message out. Well, his tweets are good, but not that many people really hear it. And I can’t understand why he does not address the nation. I don’t understand it.

RUSH: Wait a minute. When you say, when you say “pack it in,” you mean you’re about to abandon Trump?

CALLER: Not abandon Trump but I’m really losing a lot of energy and frustration. I really am. Because so many people don’t know the good things that are happening. They’re not gonna learn. You’re preaching to the choir with the tweets most of the time. And the press conference they skew anyway. So if he addresses the nation… and he should. He should be proud of what he’s done. This is the greatest time economically that I can ever remember, and I’m 66. I can never remember anything like this.

CALLER: You know, not anymore. It did a year and a half ago. But I’m starting to realize, they don’t care about the country. They really don’t. They care about social issues. They care about taking this guy down who I think’s the strongest guy since Reagan I’ve ever seen. How he can take these bullets day after day? I mean, he’s Teflon, this guy.

RUSH: Well, your frustration is noted, and I think it’s shared by a lot of people. You’re really… You made it sound like your frustration is with Trump because he won’t do a national address and try to reach team that his tweets don’t reach or audiences — 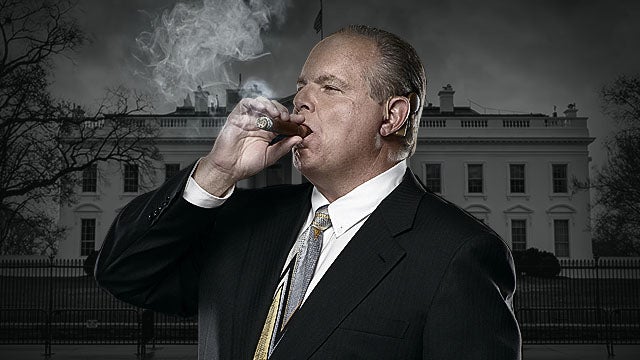 RUSH: — that he doesn’t reach, but your real frustration, thus, is with a news media, and many people are in the same boat, who are doing their best to hide all of that and make sure people don’t know it.

CALLER: Hmm. It’s a joke. It’s the frustration. I’ve never been so frustrated in my life. I can’t understand. It baffles me. It baffles me how the the country’s doing so well and so many people are gonna go out and vote. And they have no idea. They hear a newscast and they vote —

CALLER: (laughing) Well, I listen to you. That’s one of the reasons.

RUSH: Yeah, but the economy, you said you’ve never seen anything like this in your life. You don’t need me to tell you the economy’s doing well. You see this on your own.

CALLER: 3.7 unemployment, are you kidding me? With all the jobs and all the wages going up? I’ve never seen anything like it.

RUSH: My point is I think you can be a little confident that you’re not alone in seeing all of this and that more people are aware of it than you may know. And, of course, you could be… It’d be understandable if you fear people don’t know ’cause the media is doing everything they can to hide it or, even worse, lie about it.

And you are of the impression that most people get their knowledge, information from the media. But I think what happened with Elizabeth Warren here, they could not carry this October Surprise, they could not cover for the fact that she’s bogus. They used to be able to do that. They’re not able to. There’s a reason for that and I think it’s also helping get the truth out about Trump’s achievements.

RUSH: Here’s Larry in Huntsville, Alabama. Great to have you, sir. Hi.

CALLER: Thank you so much, Rush. I’m just an old white man. Been here in Huntsville, Alabama, who won’t shut up.

CALLER: I was listening to the article from, I believe it was Bloomberg that they’re going to release the Mueller report sometimes after the election —

CALLER: I don’t understand that. We don’t believe that. We’re not gonna believe anything Mueller says anyway. 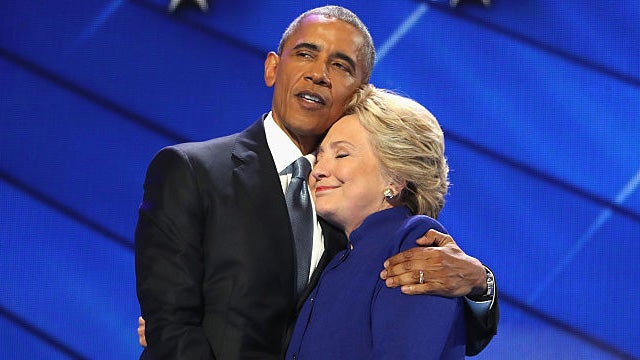 CALLER: I mean, unless he implicates the Obama administration and Hillary Clinton and the DNC in this investigation and colluding with the Russians, which they evidently did, then, you know, we’re not gonna believe anything that report says. I just don’t understand it. The Drive-By Media just doesn’t get it. They’re not gonna peel people that voted for Donald Trump away from Donald Trump.

They don’t understand. It’s like, you know, the Magnificent Seven. Those guys didn’t… You know when those guys came up there, they didn’t check into what kind of Christians they were or, you know, if they’ve not lived a good life. They wanted somebody to defend ’em and fight against all these things that we see which have destroyed the country over the last eight to 16 years.

RUSH: Well, I don’t think that the media is right now focused on separating Trump from his voters. I think they know that’s too late. I don’t think that’s what their objective here in the midterms is. I think they’re very frustrated they haven’t been able to. And if they could, it would be icing on the cake. I think their primary objective now is to flood the zone with anti-Trump voters. Democrats made up of every disparate coalition group you can find.

They are trying to assemble this gigantic Democrat Party that is a combination coalition of minority here, minority, just constant, add ’em all together and get a big majority party, and that’s where they’re trying to generate turnout. Because they know they’re not gonna distance Trump from his voters. So the focus, I think, is on ginning up first time participation, and that’s why this enthusiasm thing is so important and the inspiration stuff and the anger is so important.

That’s why I think that they have strategically become the party of anger. I think they are using this anger and they’re exploiting it to generate turnout based on what they think is a majority of Americans that hate Trump. I think they’ve moved past the idea that there’s a bunch of Trump voters that regret it and can be inspired to show up and vote Democrat. As I say, if they could make that happen, it’d be icing on the cake. I think you can see the frustration in them every day.

You can see the frustration in perusing the news as I do. More and more stories that are starting to raise red flags about the blue wave. And there are some people, “Rush, don’t fall for this. They’re doing this on purpose. They’re sucking you in. They’re making you think they’re giving up. They’re making you think they’re trying to dispirit you. They’re trying to make you think you got it in the bag.” No, they’re not gonna ever pull that off. Not here. Not with me.

But I don’t think that’s the case, either. I don’t think that they are… Would have that much discipline to be able to have media-wide, throughout the entire left-wing media universe a disciplined approach to run fake stories about the blue wave not happening. I think it’s legit. I have never believed there was gonna be a blue wave. I never have.

I’m willing to put that out there, and if I end up being wrong, so be it. I’m not afraid of being wrong. It doesn’t happen enough times for me to be worried about it. But in this I have never thought because common sense does not suggest it. Like I said yesterday, where is the evidence that Democrats have been able to put together winning coalitions and flood elections and win, outside of areas they dominate like New York, Los Angeles, San Francisco, and Chicago?

They have been losing elections. They have been losing seats left and right starting in 2010. That hasn’t reversed. They didn’t win with the Kavanaugh thing. They haven’t won with anything, trying to get rid of Trump. They haven’t been able to stop Trump on even their stupid travel order delays using the judges. Trump is succeeding implementing his agenda. Some things he hasn’t been able to do yet, like the total repeal of Obamacare. 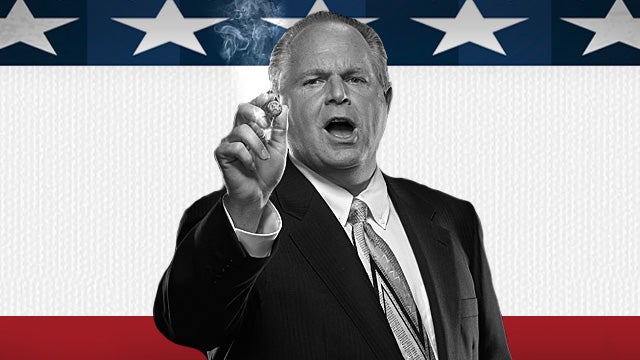 But they have not been able… You would think if all of these things are true, people hate Trump, regret their vote, wish it had never happened, regret that Trump is president. Trump wouldn’t be getting anywhere near done what he’s getting done. There’d be universal opposition to it, if the Democrats are right about all this. But they’re not right about it. The evidence on the ground isn’t there that there’s a blue wave waiting to happen.

There is evidence all over the place that the Democrats are frosted and fit to be tied over the fact that they’re losing. And you couple it with their mentality that says winning is their birthright. Power is their birthright. Their entitlement. But elections haven’t been going their way. I mean, how in the world…? Stop and think. If all this that they’re saying is true, Hillary would have won in the first place. Trump would have never won in the first place if all this talk of a blue wave right now is true.

They thought they had it in the bag in 2016, and they were revved and energized too.

There wasn’t any talk of Democrats not turning out back then.