RUSH: “Top Hollywood Publicist on Beto O’Rourke: ‘I Haven’t Seen Los Angeles This Excited About a Liberal Politician in Years.’”

Did Hollywood relocate to Texas, or is Beto O’Rourke running for the Senate in Texas in Hollywood? Can somebody explain to me what in the world a yard sign or a series of them for Beto O’Rourke are doing…? Well, obviously fundraising, but nobody in Hollywood can vote for the guy. “Top Hollywood Publicist on Beto O’Rourke: ‘I Haven’t Seen Los Angeles This Excited About a Liberal Politician in Years.'” 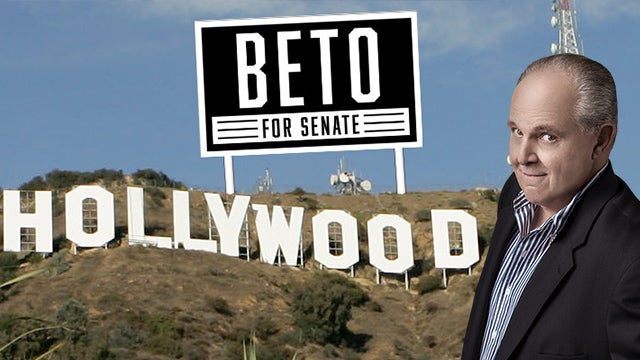 This was only, what, two election cycles ago? She was this Texas politician that so-called came out of nowhere and was this brilliant pro-choice, anti-conservative, anti-Bush, anti… She was perfection! She was a lying snake, but she was portrayed in the Drive-Bys as the second female coming that was gonna continue to wipe out conservatives. She was getting droves and droves and droves of Hollywood money, and she was gonna wipe out her opponent in the race for Senate — and she got shellacked.

She got shellacked in a landslide. A humiliating loss. And she slinked away out there. They have been reborn as Alexandria Ocasio-Cortez, for all I know — and now this is being repeated. Beto O’Rourke… This guy can’t… This guy’s saying, “My mother has been a lifelong Republican,” and da-da-da-da. His mother hasn’t been a Republican in 25 years! His mother has voted Democrat in the last 15 elections. The guy can’t tell the truth about very much at all.

RUSH: Wendy Davis… Just a minor correction. Wendy Davis was running for governor of Texas, I’m sorry, “Tex-iss” against Greg Abbott, and it was the same kind of hype. Wendy Davis was gonna sweep to a landslide win. Texas was going to banish conservatives to the ash heap and elect a pro-choice, pro-abortion woman as governor, and that would be the first step in Texas becoming a blue state. Except none of it happened. Greg Abbott won by a sizable majority. 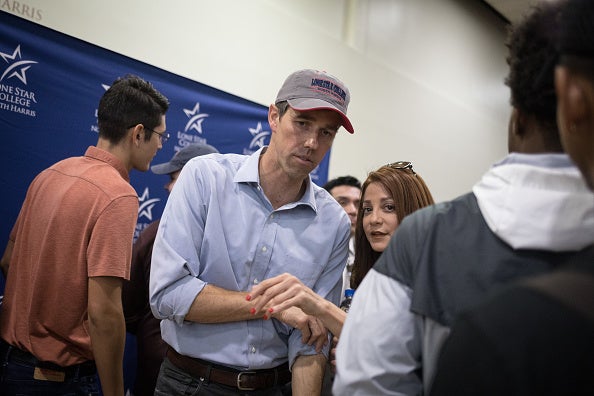 They’re pulling the same stunt with Beto O’Kennedy Rourke. Oh, yeah. They’re trying to say he’s a modern incarnation of the Kennedys. That’s what that Hollywood… (impression) “I haven’t seen any as attractive a Democrat in a long time,” said some Hollywood person.