RUSH: Now, look, bear with me for just a couple of short minutes on this Saudi Arabia situation. I am not trying to defend anything here. I just want people to know what is going on. You have a young prince, a crown prince who’s trying to modernize this country. Supposedly. I think he’s legitimate in his desire to want to do it. He’s 32; he’s a Millennial. There’s always… We’ve discussed this. Every four or five, three or four generations, there is a generation that simply refuses to live the way its parents and grandparents did. 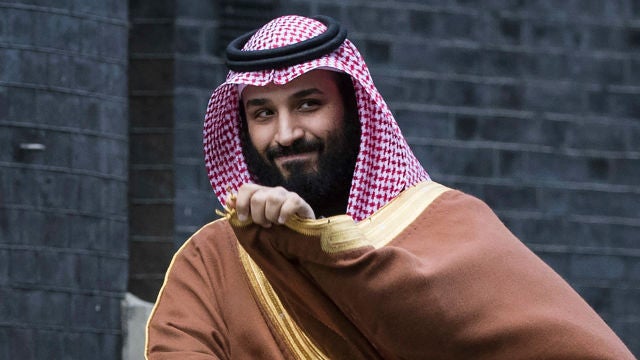 They just rebel against it or they change it or reform it. We see this throughout human history. We see it in our own country. In fact, we’re seeing some signs of it here in our country in terms of the way the Millennials are just totally rejecting — not totally, but largely rejecting a bunch of traditions and way of life that their parents and grandparents and great-great-grandparents engaged in. So it’s natural. The key reform… Forget branching out beyond oil dollars and trying to suck in Hollywood and Silicon Valley money.

The No. 1 reform that he is engaging in that nobody else in the world of Islam wants is the reform of Islam itself and the de-emphasis on Wahhabi Islam. Wahhabi Islam — sponsored for decades by the Saudi royal family — is the branch of Islam that breeds terrorism in the mosques. There are others, but the Saudi royal family in all of Islam is charged with guaranteeing, preserving, protecting, projecting Islam. Defining it. That’s where Mecca and Medina are, their holy cities.

Mohammed bin Salman does not want to be an Arab, a Saudi, that his grandparents, that his great-grandfather were. He wants to modernize his country. He doesn’t like the fact that oil is the only source of income, but it was his attempt to… I don’t have quite the correct terminology here. I don’t know if it’s “deemphasize.” It’s not “wipe out.” But he wanted to replace Wahhabi Islam with a more reformed… Now, I know some are conflicted.

Like, Andy McCarthy, good friend of mine says that it’s Wahhabism or any other Islam that the Koran does encourage and promote the kind of activity that the Blind Sheik was engaged in and bin Laden and so forth; so it may be a distinction without a difference. But without as far as the world is concerned and the rest of Islam is concerned, deemphasizing and reforming Wahhabism? It would be the same as telling Christians that we’re gonna get rid of Christ and replace him with a transgender whatever, and it’s been brought dead to a screeching halt!

The reforms this young prince wanted to engage in are done, folks! They’re done because of this! This isn’t about Trump. The Saudis have now lost Hollywood. Ari Emanuel says, “I’m not kicking in any money after this guy wiped out this teddy bear journalist.” Silicon Valley is running for the hills so fast you can’t even see their tracks. This dream of a gigantic new city in Saudi Arabia built by Hollywood and Silicon Valley people with all the latest tech advancements and modernization? Dead in its tracks. 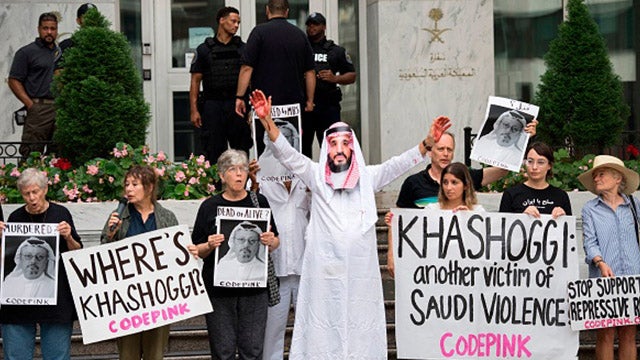 The young prince is being blamed for this murder. The young prince supposedly called the 15 hitmen, called ’em in there and said, “Wipe this guy out! Torture him! Nobody criticizes me.” Yet there are those who say, “Well, those are the kind of reforms he was trying to institute; get away from people thinking that the Saudi royal family would not tolerate criticism. That’s not who he is, is what he wants people to believe.” But look at what people think of him now.

Whatever else it is, this young prince has been stopped dead in his tracks with this, and the twofer, I think, is somehow trying to link Trump to it and blame him. Because Trump will not immediately walk away from the Saudis. Trump will not dump on them. Trump did not cancel oil deals, arms deals — and because of that they’re trying to say, “Well, Trump doesn’t care if a guy died. All Trump cares about is arms money and oil and relationship with other rich guys.”

And that’s what they’re trying to say about Trump, because he and Pompeo will not immediately sign on to the still unproven details of the death of Jamal Khashoggi. I just wanted to make sure that this part of the story was given some time, because there’s a lot more to this. There’s always more to anything the Drive-Bys try to present as something simple and open and shut, easy to understand.