Photos: The Bomb Sent to CNN

RUSH: By the way, Paul Sperry – who writes for the New York Post and other places — has a tweet, “The pipe bombs might as well have had ‘ACME’ stamped on them.” Those are the things the Coyote used to try to kill the Road Runner. These bombs were “totally telegraphed by packaging (excessive postage, taping), amateur packing of gun powder (bad end caps, etc).” In other words, he says whoever did this wanted them noticed, wanted these bombs noticed and caught, never intended ’em to explode or go off. Paul Sperry.

RUSH: This is Mike in Logan, Utah. Great to have you, sir. How are you?

CALLER: You talk about common sense and experience, Rush. And, you know, as soon as I heard about these bombs, just red flags went up to me. I have collected, over the past few years, hoaxes that people have perpetrated and tried to make it look like it’s been conservatives/Republicans. But tell me the last time a conservative or Republican or a Tea Party member shot up a baseball field or anything else. Remember the Christian pizza shop owner that had to go into hiding amid death threats?

CALLER: A high school coach threatened to torch and blow up that pizzeria? We had a Logan man right here arrested for sending ricin, apparently. That went away really quick. And what I see is, any time Republicans are involved, ah, it disappears. You don’t hear much about it. But if it’s the Democrats, it’s like the world is coming to an end. There was a swastika painted on a college campus a few years ago. It turned out to be a Black Lives Matter member.

RUSH: Oh, I know. These people are hired to go to Trump rallies with swastikas painted on the American flag. Democrats hire these people to go out and show up at Trump rallies like this and do other things. No, you’re echoing my sentiments from the opening hour of the program. I am looking… I don’t have time to share it with you. There’s not enough time. But I’m looking at what purports to be a picture of the envelope sent to Brennan at CNN from Debbie “Blabbermouth” Schultz. How anybody could look…? 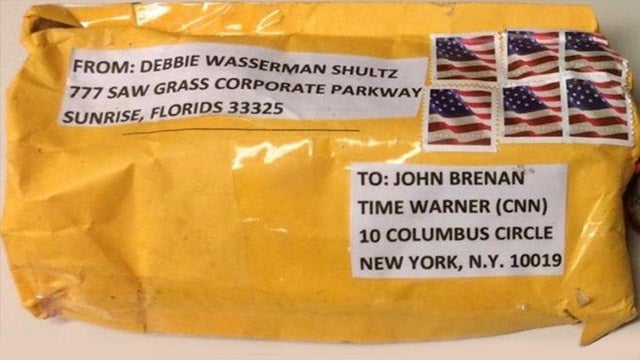 If this is actually what was sent, if somebody took a picture of it and this is what it is, how anybody could fall for this is so obviously designed to get caught. Again, I just got this. I haven’t had a chance to study it. But, if it’s right, you’ll be seeing it at some point during the rest of the day. And, if this is exactly what was sent, you’re gonna see immediately that it was never designed to actually fool anybody and be delivered as a… Time will tell on this, folks.

RUSH: All right. Now, what I just saw here is apparently what Jim Acosta is tweeting. It’s apparently legit — and I’m sorry, I don’t have time to show you here, so I’ve sent it up to Koko at RushLimbaugh.com. 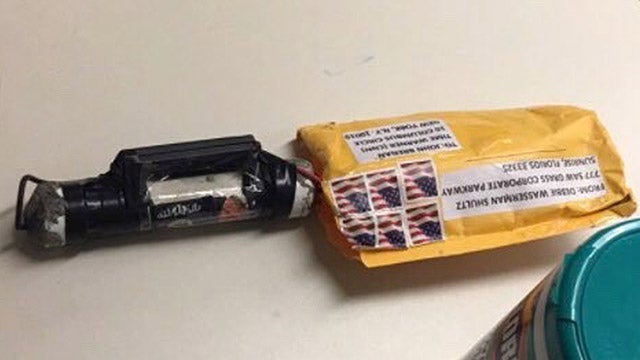