The EIB Network Condemns Sending Anybody a Bomb

RUSH: Okay. So what do we have here? We have a series of bombs — none of which went off — sent to the home of George Soros, sent to the home of Bill and Hillary Clinton (who are never there at the same time), and we had a bomb that was sent then to CNN. We’ve had a bomb, a bomb sent to… (interruption) Oh, yes. A bomb was sent to Barack Hussein O. We’re also being told that a bomb was sent to Debbie “Blabbermouth” Schultz. 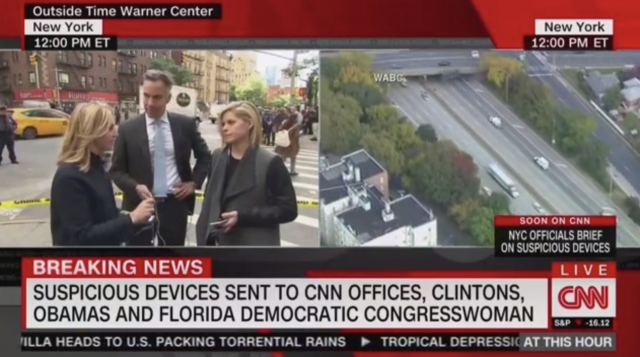 And the bomb sent to CNN was addressed to John Brennan, who doesn’t work there. John Brennan is an analyst-commentator over at MSNBC, and they’re probably saying, “What about us?” today. So how are we to see this? The Drive-By Media would love for everybody to see this in a vacuum, as though there aren’t any events that could possibly be related to this. There couldn’t be anything out there that could explain this — except, of course, President Trump.

We’ve already had… There is a really deranged guy that worked for Hillary Clinton named Philippe Reines. He’s already out there claiming that Trump did this, that Trump’s inspiring this, that Trump is behind this. James Woods, noted Hollywood blacklisted actor, has said that it is obvious to him that this is a political stunt leading up to the midterms. I have been scouring my fertile memory, and I can’t come up with any or even a significant number of instances in the past of Republican bomb threats, Republican threats of violence.

There may have been some but they’re so few and they’re so sporadic. But let’s put this in some kind of context, or let’s try here. By the way, let me join the chorus of everybody from the Turtle, Mitch McConnell, to Paul Ryan, to virtually everybody. We here at the EIB Network condemn sending anybody a bomb. You know when I first became aware of this? When I went to Sacramento for my job interview back in 1984…

But you get off the airplane in Sacramento — you’re leaving the airplane, you’re arriving at the terminal, you’re walking to baggage claim or whatever — and they got these signs up there telling you what you can and can’t do. You don’t want to take a chance that the arriving passengers can’t read, and there was this… (chuckling) It was like a cannonball bomb in it with a line through it, then, “No bombs!” I just started laughing.

Really! No bombs allowed outside the terminal. If you’re arriving with a bomb, you can’t have it. Well, I immediately at that point condemned all bombs, and then first time I had to catch a plane out of Sacramento and I’m walking to the departure terminal, same thing, same sign, “No bombs allowed on airplanes,” as though anybody had to be told. But I just want to join everybody here. People of stature all over America are issuing statements today condemning the use of bombs for any purpose whatsoever.

And we here at the EIB Network heartily and energetically endorse the premise that we oppose bombs for any purpose whatsoever in domestic politics or what have you. The only time we support bombs is during warfare, declared-hostilities warfare. But bombs in politics or caravans or whatever, we heartily — we heartily — condemn this dastardly action and would in no way encourage it or support it. So just to have it on the record. 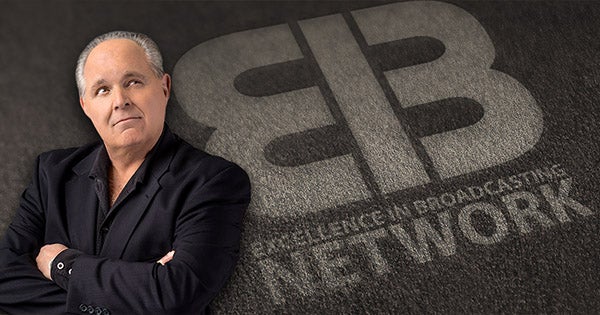