RUSH: This was on the Fox News Channel American Newsroom today.

Bill Hemmer and Sandra Smith were hosting a roundtable out there. Let’s see. There were three women. We had Republican National Committee spokesperson Kayleigh McEnany, Bustle.com head of research Jessica Tarlov (I refer to her affectionately as Natasha Onatopp), and Washington Free Beacon senior writer Liz Harrington. They’re talking about the package bombs, these mail order devices that have not exploded yet. And Bill Hemmer starts off by going to Kayleigh McEnany. “Kayleigh, what you’ve been watching, what you’ve been observing over the past six hours, what do you see?” 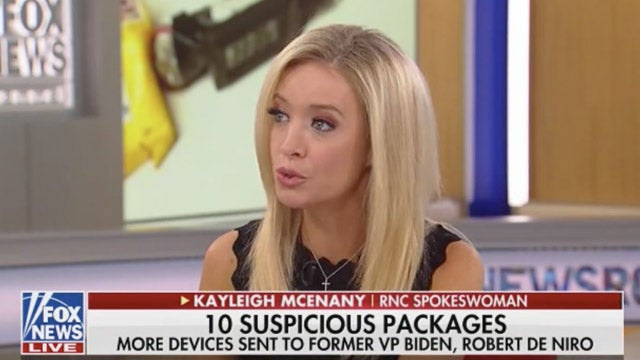 MCENANY: What I’ve observed is a president who exhibited leadership. He condemned these attacks. He called for unity. I mean, you had a response from the liberal media who then blamed the president. They should, instead of blaming the president, take a cue from the president who exhibited leadership yesterday, who called for this country to come together, instead of attacking one another with partisan politics, time to stand behind the president. And it is shameful I will add that the New York Times today chose to publish an article that depicted the assassination of the president of the United States. We are 24 hours from these devices being delivered, and how shameful of the New York Times.

RUSH: Now, I mentioned that to you toward the tail end of the hour. They actually did. They published a fiction piece by a writer fantasizing over a Secret Service agent handing a Russian agent his gun to assassinate Donald Trump, not the president, not just the president, not a no name generic person, Donald Trump. You’ve got a Russian agent trying to assassinate Trump. His gun doesn’t go off. And so a nearby Secret Service agent hands the Russian assassin his gun and says, “Use mine.” 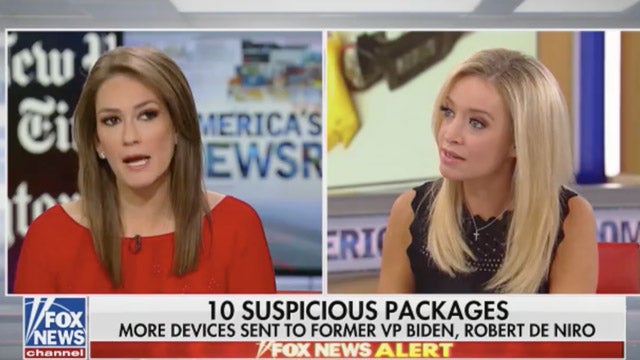 ONATOPP: I think that the president controlled himself as best he could last night at his rally, though he was poking fun at the whole idea of, “Oh, I’m not gonna talk about this thing ’cause I’m gonna be presidential,” which is essentially saying to his audience, “You know what I’m thinking.” And then this morning he tweeted that it was CNN’s fault, which basically is akin to, if a woman gets sexually assaulted, was it her fault for wearing a short skirt. It’s completely inappropriate —

ONATOPP: — saying that CNN was responsible for this because of the fake news that they’re spreading. This is no one’s fault but the deranged maniac that is sending those pipe bombs.

ONATOPP: CNN is culpable? You want to be on the record saying that, that a pipe bomb showed up and CNN–

MCENANY: No, not culpable for the pipe bomb. Culpable for the rhetoric that we are seeing back and forth. CNN, you had an anchor on that network endorse the play in Central Park depicting the assassination of the president.

RUSH: Exactly right. You heard Natasha Onatopp there say, “You really want to be on the record saying that when a pipe bomb showed up…?” How about her analogy that Trump blaming CNN is akin to… Because they got a bomb, they received a bomb… It’s just like blaming… What’d she say? A woman sexually assaulted, blaming her for the assault? I mean, that’s the logic. That’s the analogy she used. Okay. So the conversation continues here and now you’ll hear the senior writer for Washington Free Beacon, Liz Harrington join the conversation. It’s resumed here by Natasha Onatopp.

ONATOPP: It’s kind of rhetoric that the president has been espousing for years. He recently commended the congressman about body slamming the reporter. He has called the press the enemy of the people. He used to say that he’d pay the legal fees for anyone who got in someone’s face —

HARRINGTON: What about the (crosstalk) language of the left? 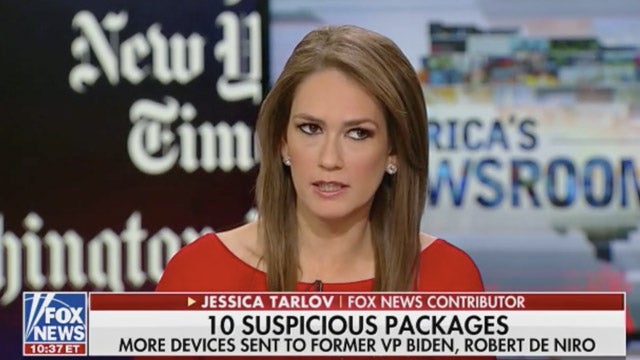 ONATOPP: Liz, I’m happy to talk about it and I condemn it every time —

HARRINGTON: “F Trump. Get in their face.”

ONATOPP: “F Trump”? “F Trump” is mild compared to what is going on here.

MCENANY: John Brennan and CNN had a choice yesterday. You saw the president come out saying this is abhorrent to what America stands for, let’s unify. What did CNN choose to do? They chose to blame this on the president, to blame this on fair standards, John Brennan echoing that. How does it move us forward? It doesn’t move us forward in the slightest. They took the low road. President Trump took the high road. 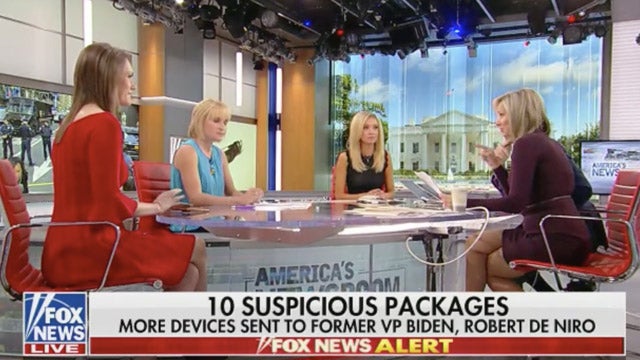 RUSH: Right. We cannot have civility. So what you had here, you had Onatopp actually trying to blame all of this on Trump. And of course using this, (impression) “I’m from the high road, and I’m from, I’m from propriety…” And so just simply because she’s on the left.